Literacy tests to gain access to the polls were banned in the United States in 1965 with the passage of the Voting Rights Act.99 But in November 2008, eight years after an election debacle of historic proportions, millions of voters across the United States will face a literacy test of a different sort after they've stepped into the voting booth. Their intended choices may be recorded only if they can understand instructions written at a high reading level, often using legal and election terminology. And they will only be counted if they successfully navigate ballot designs that are needlessly complicated, where candidates for the same offi ce may be listed on multiple columns or pages, or different contests are inconsistently formatted. As we have tried to demonstrate in this report, ballot design and instructions can have a huge impact on election results. We sampled some of the more "high profi le" ballot design disasters over the last several years; this is not a comprehensive analysis of the cost of poor ballot design on elections and votes counted. But, the examples illustrate how dramatically poor ballot design can affect vote totals -- particularly when a number of design fl aws appear on the same ballot. Not surprisingly, when these mistakes affected many ballots (by appearing on a signifi cant percentage of the ballots in large counties like Los Angeles or Palm Beach, or on most of the ballots in a particular state), tens of thousands -- and sometimes hundreds of thousands -- of votes in a single federal or statewide race have been lost. This does not even include the voters who may have been so confused by a ballot design that they cast their ballot for a candidate for whom they did not intend to vote (for obvious reasons, it is far more diffi cult to determine this than to know when a voter failed to successfully cast a vote at all). Better ballot design will make it far more likely that the preferred candidates of all voters will be declared winners of their contests. Palm Beach County 2000 should have been a wake-up call to legislators, election offi cials, and watchdog groups that ensuring good ballot design is a critical election administration issue that needs to be systematically addressed. Unfortunately, for the last eight years, it has continued to be largely ignored. The predictable result has disproportionately affected low-income and elderly voters, and thrown several important elections into turmoil. The good news is that there is still time before November 2008 to ensure that ballot design fl aws do not throw the results of another closely contested race into doubt, as has happened in several federal and state races in the last decade. And unlike changes to equipment (which, there is no question, could make systems more secure, accessible and usable), improving ballot design and instructions is possible for little or no cost, and a relatively small-scale investment of time. 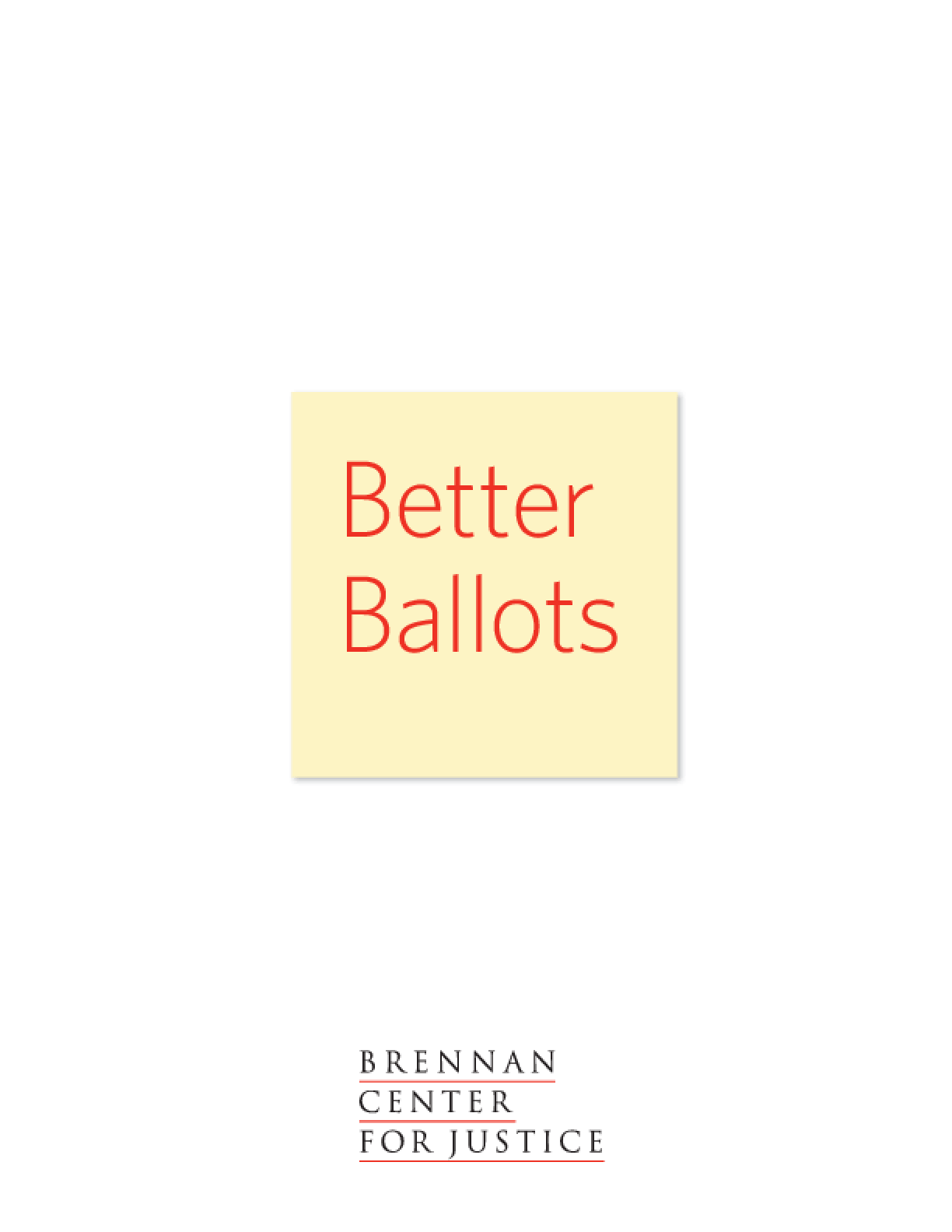