Most deaths in European and other developed countries occur in people aged over 65, but relatively little health policy concerns their needs in the last years of life. As life expectancy increases, the number of people living to older ages is also increasing in many countries. At the same time, the relaive number of people of working age is declining and he age of potential caregivers is increasing. Palliatve care is therefore of growing public health importance. Older people have traditionally received less palliative care than younger people and services have focused on cancer. This booklet is part of the WHO regional Office for Europe's work to present evidence for health policy - and decision-makers in a clear and understandable form. It presents the needs of older people, the different trajectories of illnesses they suffer, evidence of underassessment of pain and other symptoms, their need to be involved in decision-making, evidence for effecive palliative care solutions, and issues for the future. 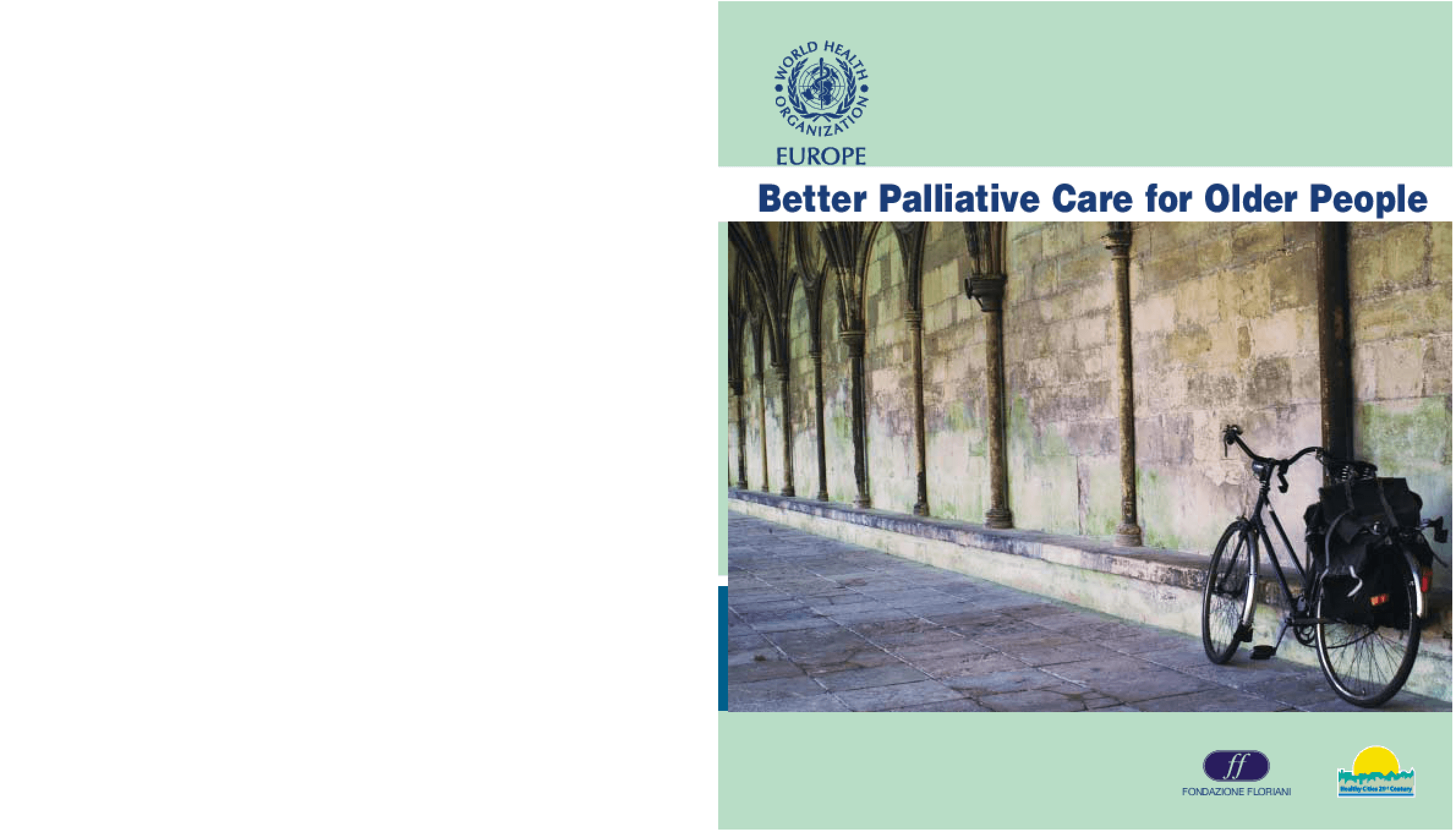