Better Returns in a Better World: Responsible Investment - Overcoming the Barriers and Seeing the Returns

This paper summarises a two-year research engagement project with the investment community on their role in contributing to poverty reduction and sustainable development. Oxfam undertook this research because we recognise the enormous influence investors have on poverty and development both as capital allocators - where and in what they invest - and as major influencers of companies and public policy. The role of investors in tackling social development issues is becoming increasingly important as the centre of gravity of the investment industry is moving slowly but inexorably towards emerging markets, including the growing interest within the investment community in natural resources ,such as farmland, on which the livelihoods of millions of poor people depend. Oxfam has engaged with over 80 investors across Europe and United States to analyse jointly the role of institutional investors through the lenses of seven poverty-related topics. Despite the increasing consensus amongst investors of the importance of paying attention to social, environmental and governance issues: The social aspect (particularly poverty and development issues) has lagged behind. Most contributions have emerged in response to NGO campaigns, thus, there is a need for a more structured and holistic approach to development and poverty issues. The report identifies a series of obstacles that limit the extent to which development and poverty issues are considered as an integral part of investors' analysis, decisions and engagement. Barriers include structural problems - lack of demand from asset owners, short-termism and a lack of transparency in the investment industry; and a set of more technical aspects such as the lack of agreed norms or international standards on companies' performance around development and poverty issues. Oxfam concludes that investors can and should do much more even in the prevailing context. Yet, there are clear limits to the extent investors can and will integrate development and poverty issues in their investment decisions in the absence of clear regulatory frameworks or incentives in relation to which governments have a critical role to play. 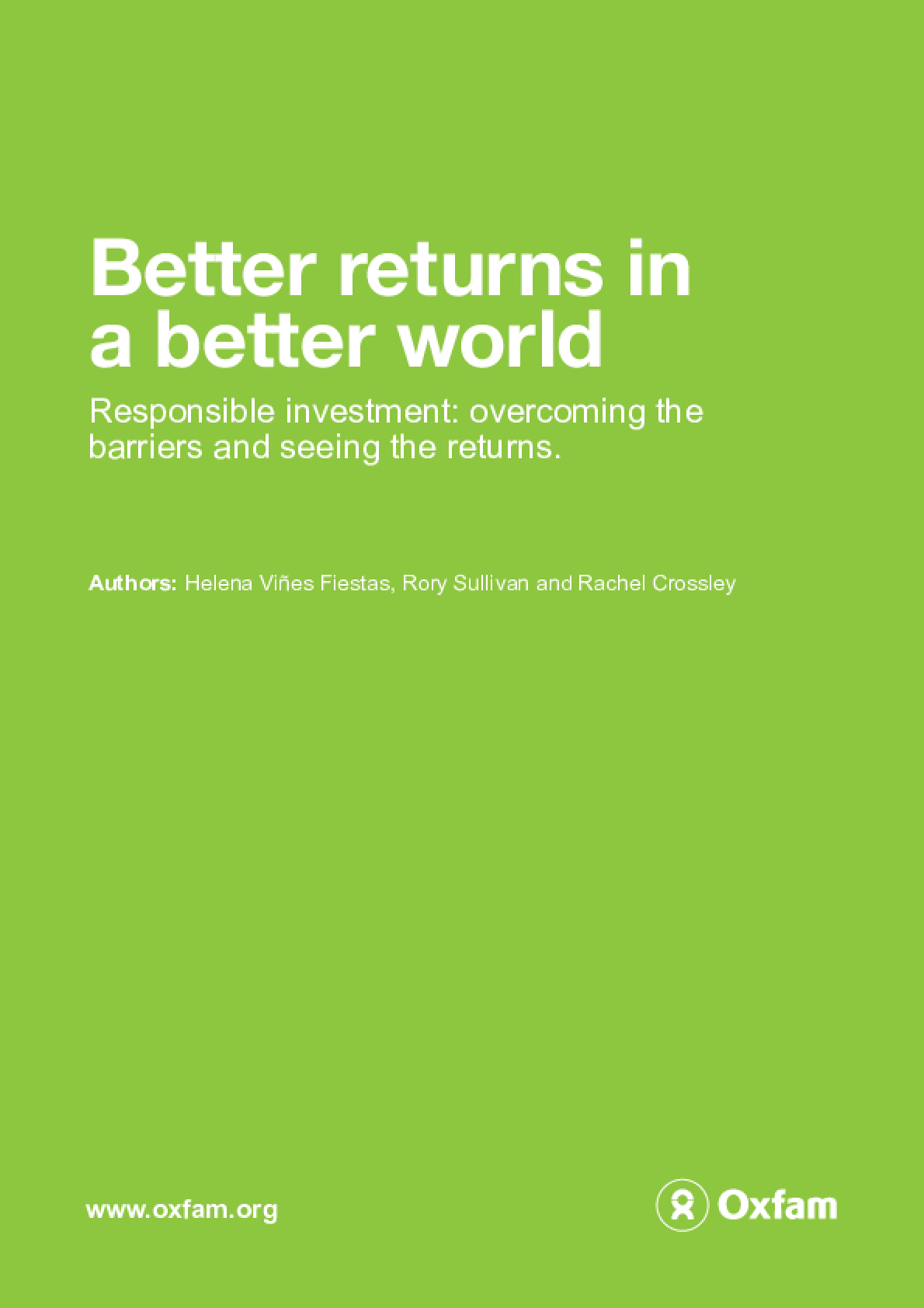