Beyond a Snapshot: Learning lessons from the Terre des Hommes International Campaign against Child Trafficking (2001-2011)

The United Nations (UN) adopted a new international legal instrument in November 2000, the UN Protocol to Prevent, Suppress and Punish Trafficking in Persons, especially Women and Children, supplementing the UN Convention against Transnational Organized Crime. This contained a new definition of trafficking in persons and more particularly defined what was to be understood by child trafficking. The issue of human trafficking in general, and trafficking in children in particular, was highly relevant during the subsequent decade and anti-trafficking projects and initiatives attracted a great deal of funding. However, by the end of the decade, when funding declined, it was still not clear how much had been achieved. Some key developments during TDH's campaign are summarised in Table 1 of the report. In the early part of the last decade, between 2002 and 2006, numerous declarations against trafficking were adopted in specific regions of the world and governments proceeded to ratify the UN Trafficking Protocol and to adopt new legislation (or amend existing laws) to enforce it. Noting various weaknesses in the UN Trafficking Protocol's provisions concerning protection and assistance, various international organisations developed sets of guidelines about the protection of people who had been trafficked, including children. In 2003 UNICEF adopted a set of Guidelines for Protection of the Rights of Child Victims of Trafficking in Southeast Europe, which were developed into a set of global Guidelines for the Protection of Child Victims of Trafficking in 2006. 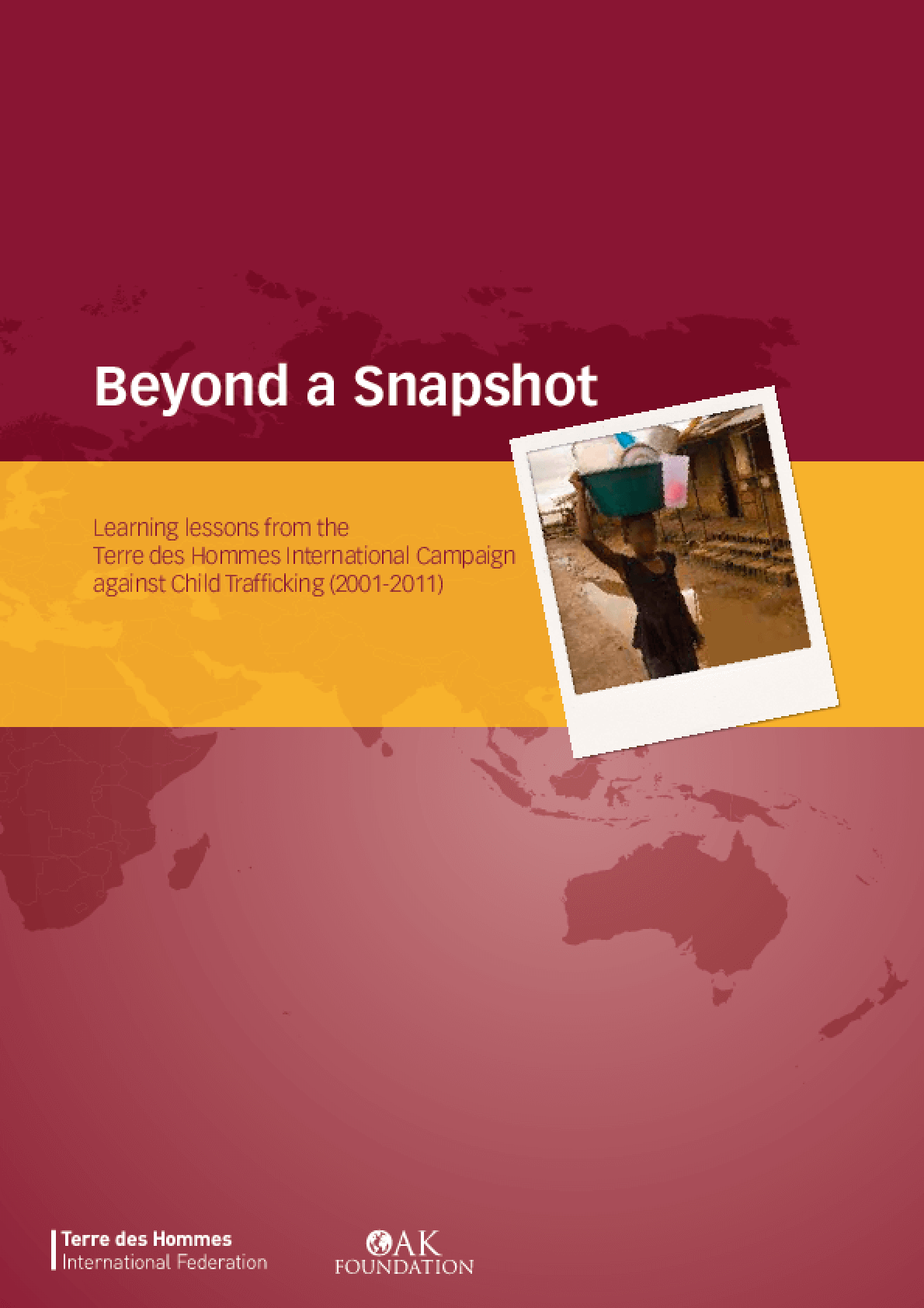