Beyond Broke: Why Closing the Racial Wealth Gap is a Priority for National Economic Security

Despite overwhelming evidence that the racial wealth gap persists in the U.S., it remains a taboo topic in mainstream policy circles and most officials studiously avoid offering targeted solutions to help close this gap. However, this issue is ignored at our nation's peril given the anticipated growth of racial and ethnic groups over the next few decades. This report uses the most recently available data from the U. S. Census Bureau's Survey of Income and Program Participation (SIPP) along with the National Asset Scorecard in Communities of Color (NASCC) in order to highlight the current state of America's racial wealth gap. With these tools, we provide an in-depth analysis of housing wealth and liquid wealth, while also evaluating how wealth disparities manifest across racial and ethnic categories and within racial and ethnic subpopulations in four geographically diverse U.S. cities. 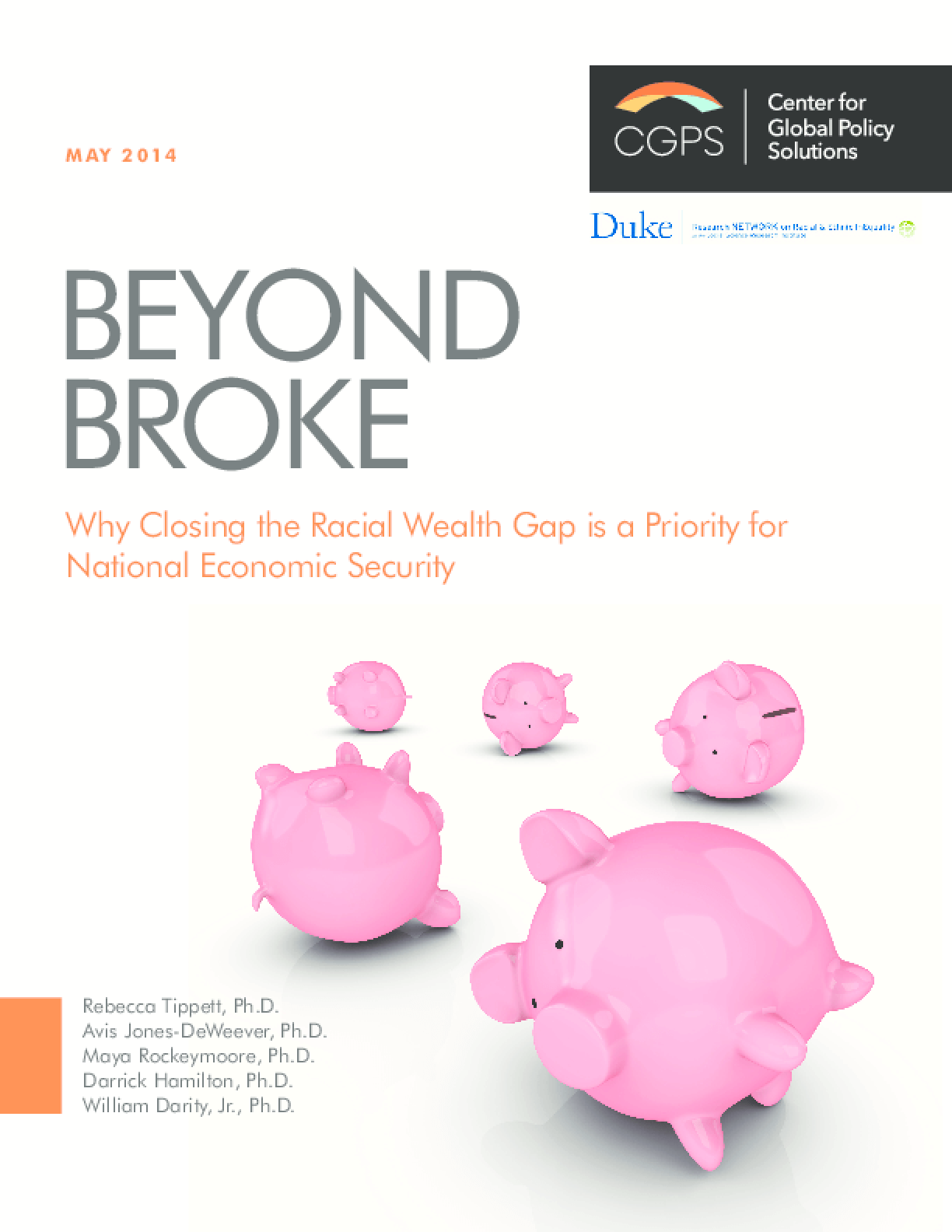