Beyond Dollars: Philanthropy and BIG CHANGE in the Greater Washington Region

The new release is a 2013 progress report on our earlier publication, Beyond Dollars: Investing in BIG Change from 2009. When the original report was released, our goal was twofold. We wanted to chronicle and celebrate the unrecognized benefits of philanthropy in our region while also elevating what we saw as the common elements that led to change of great magnitude.

Now, almost five years later, we want to check in on this work. Is the change lasting? If so, what factors have been critical? If not, what lessons have been learned? Our nation's policymakers are once again debating the charitable deduction. WRAG's 2013 version of Beyond Dollarsdemonstrates that the deduction, which is a critical tool for philanthropy and not a mechanism of fiscal selfishness as some politicians suggest, has lead to sound philanthropic investments that have continued to make an important difference in the lives of people who live in the District of Columbia, suburban Maryland, and Northern Virginia. Today we're sharing that message with our local Members of Congress.

We want them to fully understand the impact that philanthropic investments make on the lives of people who live in our region. 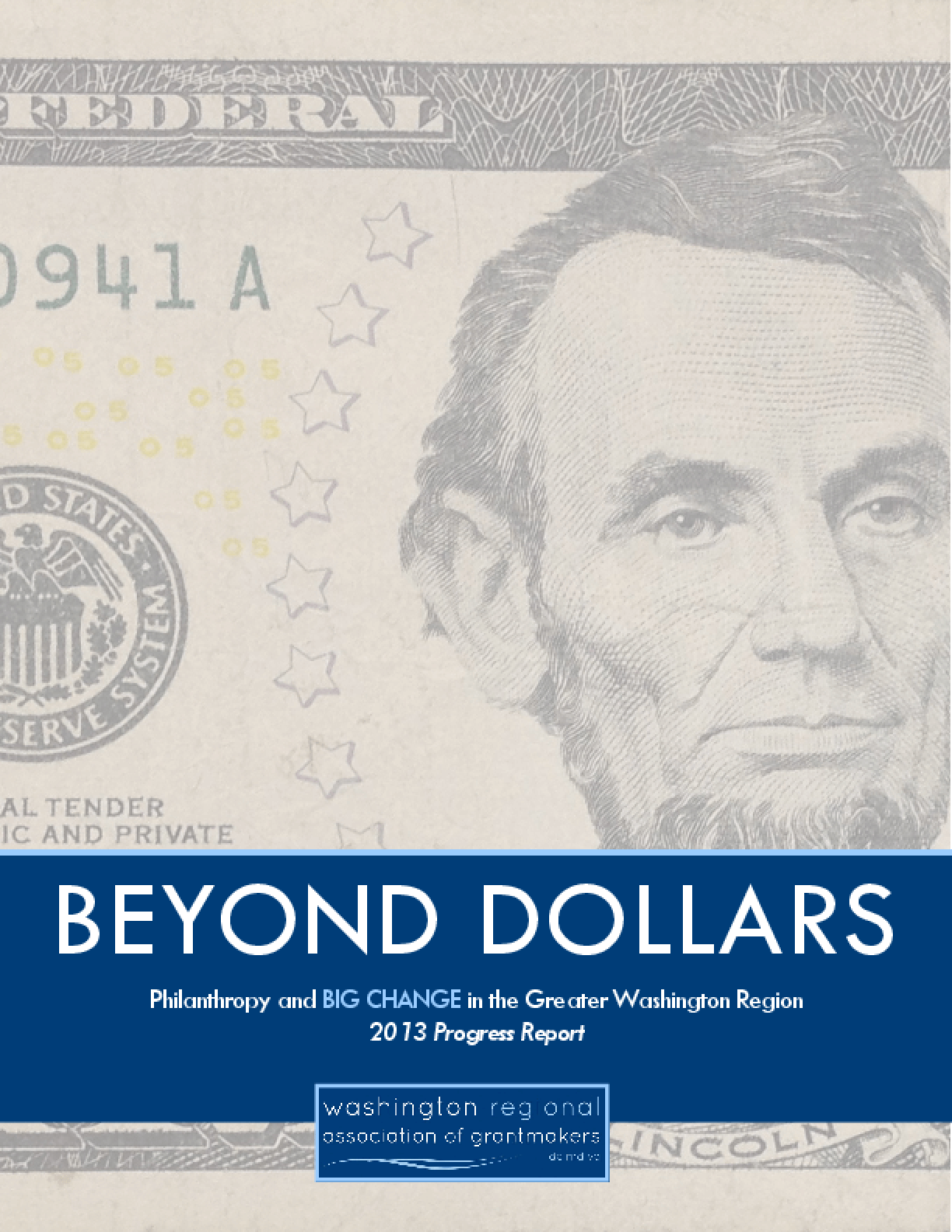