Beyond HIPC: Debt Cancellation and the Millennium Development Goals

The G8 has taken a welcome first step by agreeing multilateral debt cancellation for some countries covered by the HIPC initiative; but rich countries need to go much further if all poor countries are to reach the Millennium Development Goals (MDGs). The ability of poor countries to fight poverty and reach the MDGs should be the basis of calculations to determine the necessary level of debt cancellation. This means that the G8 debt initiative should be extended to include all other poor countries that need to have their debts cancelled to meet the MDGs. Similarly, debts owed to other creditors not covered by the G8 initiative such as the Inter-American Development Bank (IDB) should be cancelled wherever this is necessary to fight poverty. 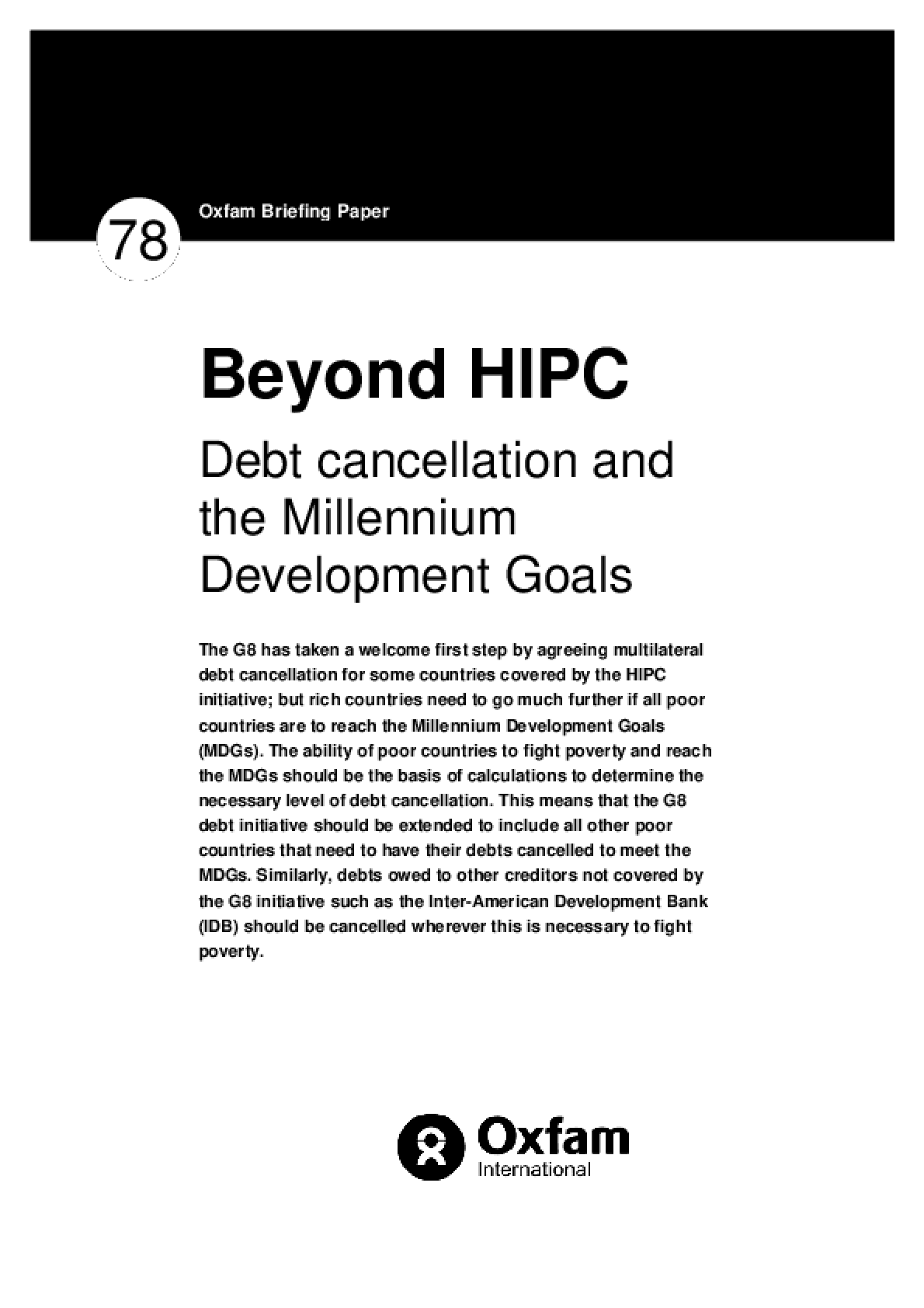