Beyond Red vs. Blue: The Political Typology - 2021

Partisan polarization remains the dominant, seemingly unalterable condition of American politics. Republicans and Democrats agree on very little – and when they do, it often is in the shared belief that they have little in common.

Yet the gulf that separates Republicans and Democrats sometimes obscures the divisions and diversity of views that exist within both partisan coalitions – and the fact that many Americans do not fit easily into either one.

Republicans are divided on some principles long associated with the GOP: an affinity for businesses and corporations, support for low taxes and opposition to abortion. Democrats face substantial internal differences as well – some that are long-standing, such as on the importance of religion in society, others more recent. For example, while Democrats widely share the goal of combating racial inequality in the United States, they differ on whether systemic change is required to achieve that goal.

These intraparty disagreements present multiple challenges for both parties: They complicate the already difficult task of governing in a divided nation. In addition, to succeed politically, the parties must maintain the loyalty of highly politically engaged, more ideological voters, while also attracting support among less engaged voters – many of them younger – with weaker partisan ties.

Pew Research Center's new political typology provides a road map to today's fractured political landscape. It segments the public into nine distinct groups, based on an analysis of their attitudes and values. The study is primarily based on a survey of 10,221 adults conducted July 8-18, 2021; it also draws from several additional interviews with these respondents conducted since January 2020. 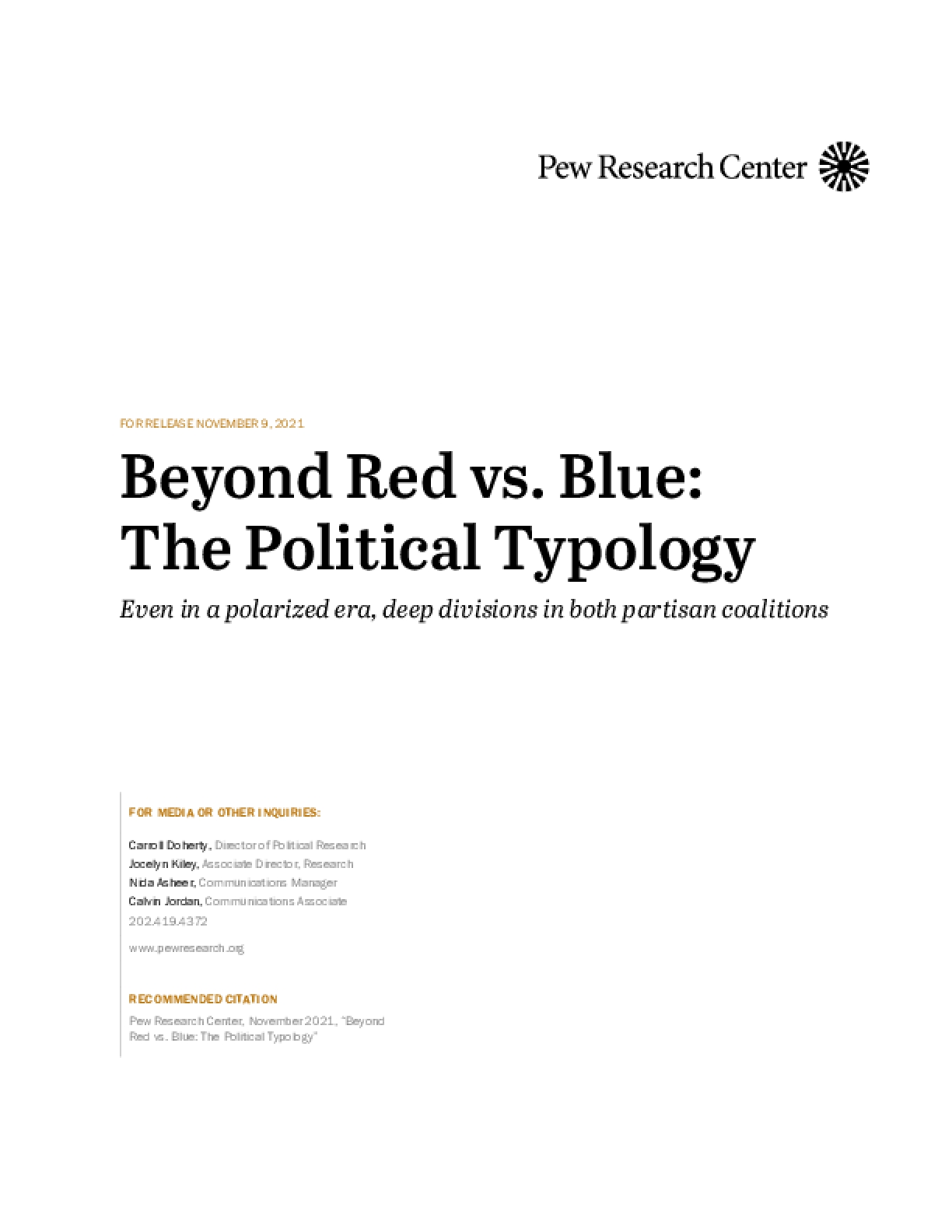