Across 2015, the year that saw same-sex marriage become legal in all 50 states following the landmark Obergefell v. Hodges Supreme Court decision in June, public opinion on same-sex marriage remained remarkably stable. Based on interviews with more than 42,000 Americans conducted between May and December 2015, PRRI finds that 53% of Americans support allowing gay and lesbian people to legally marry, while 37% are opposed. In surveys conducted during May 2015, the month before the Supreme Court decision, 53% of the public on average supported same-sex marriage. Weekly tracking polls showed no significant shift in opinion as a result of the court decision, with the June average showing 55% support and the July average showing 53% support. 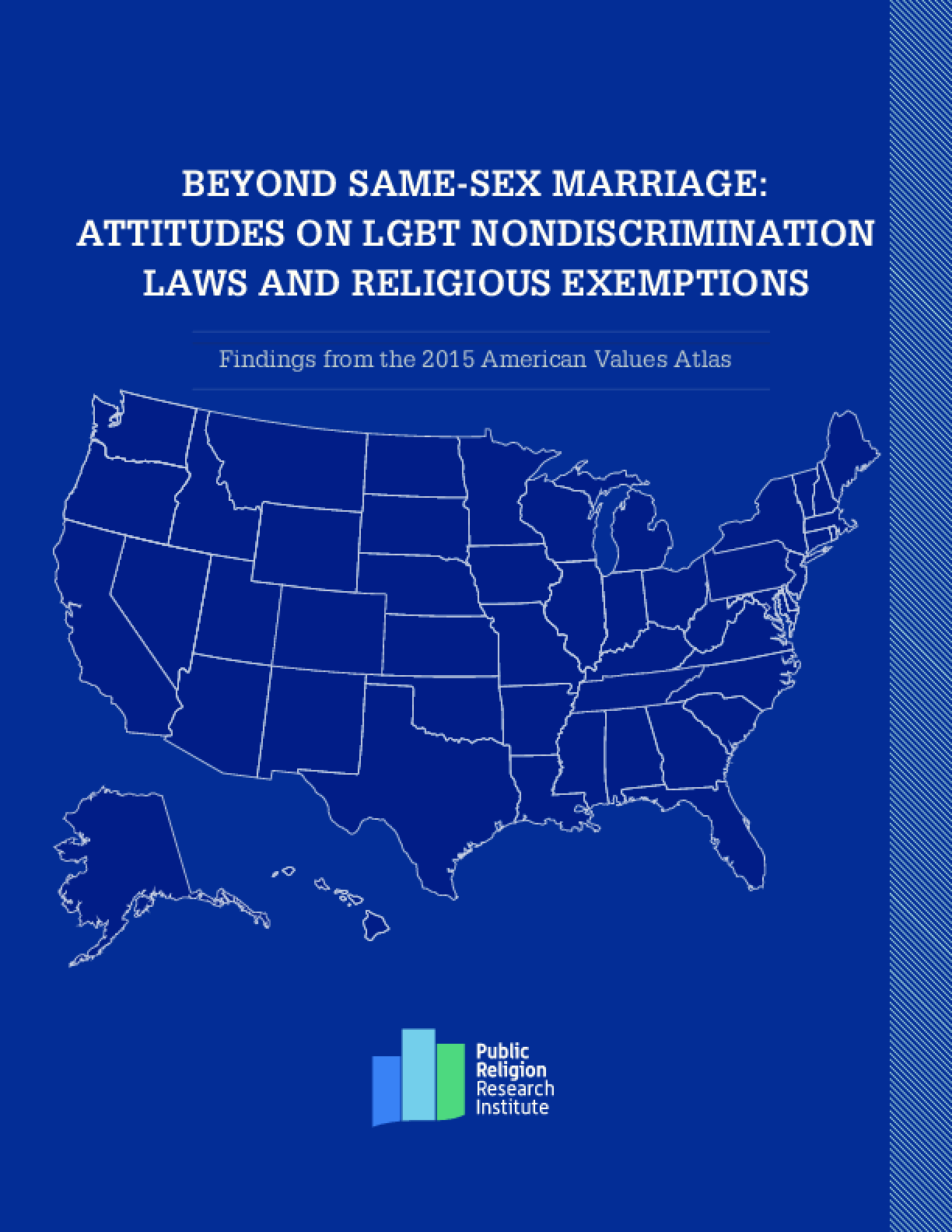