Beyond the Headlines: An agenda for action to protect civilians in neglected conflicts

Since the atrocities of September 11th 2001, the leaders of the major international powers have been focused upon confronting what they perceive as the greatest threat to world security: the combination of weapons of mass destruction and international terrorism. At the 2003 G8 summit in France, the leaders of Canada, France, Germany, Italy, Japan, Russia, the United Kingdom, and the United States agreed that this combination posed the greatest current threat to world security. Oxfam is calling for the UN Security Council and global leaders to galvanise the entire international community to take action more consistently, both to protect civilians and to ensure the impartial delivery of humanitarian aid on the basis of need, rather than political priority. 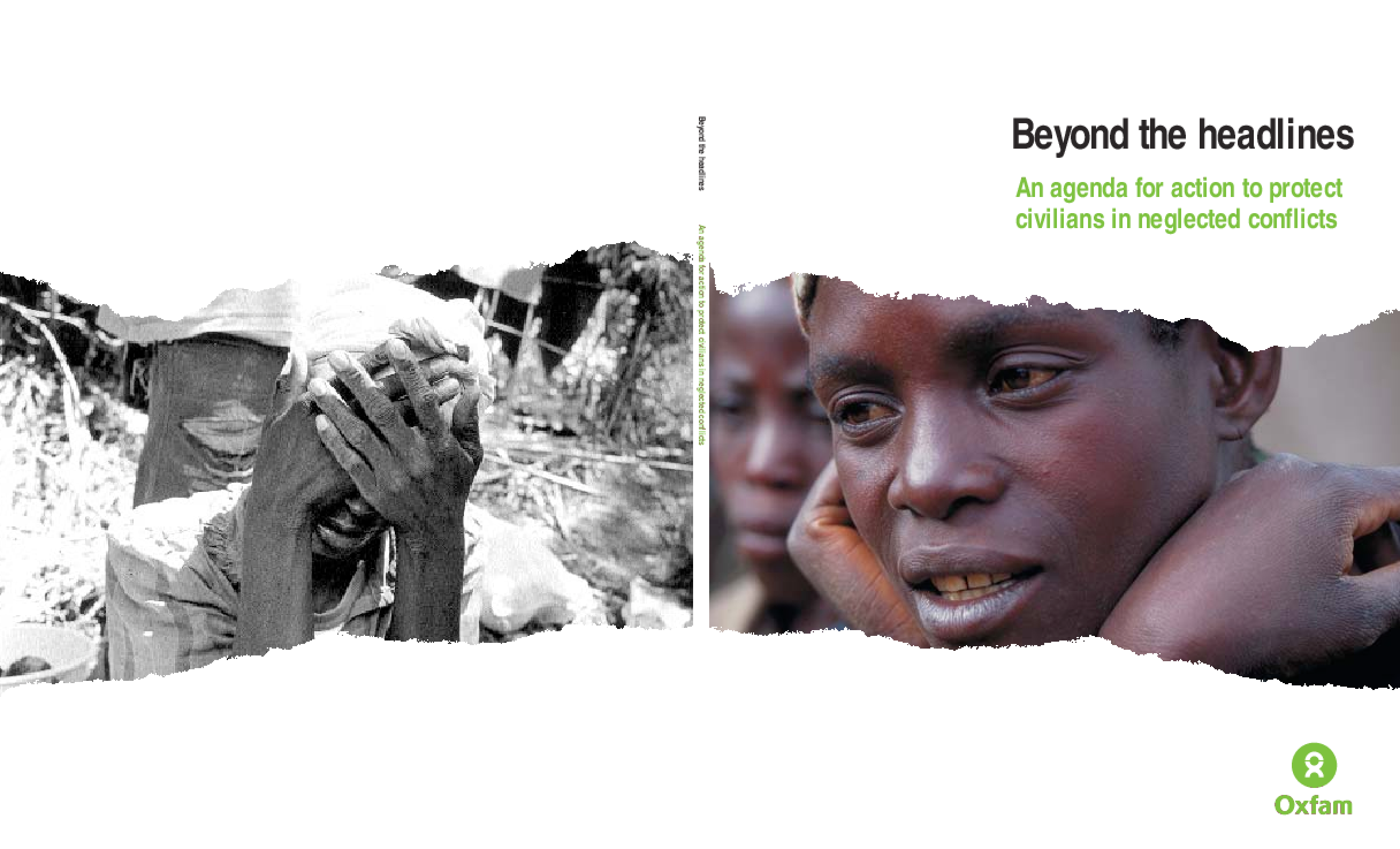