Beyond the School: Exploring a Systemic Approach to School Turnaround

Educators have long grappled with the challenge presented by chronicallyunderperforming schools. Environments that consistently fail to prepare students forhigher levels of education threaten opportunities for high school graduation, postsecondaryeducation, and career success. The U.S. Department of Education reinforcedthe urgency of reversing sustained poor performance in early 2009 when it identifiedintensive supports and effective interventions in our lowest-achieving schools as one ofits four pillars of education reform. However, federal and state policies have oftensituated the cause—and thus the remedies—for persistent low performance at theschool level. This brief uses the experience of eight California school districts—allmembers of the California Collaborative on District Reform—to suggest a more systemicapproach to school turnaround.We explore the district perspective on school turnaround by describing several broadthemes that emerged across the eight districts in the California Collaborative on DistrictReform. We also profile three of these districts to illustrate specific strategies that cancreate a coherent district-wide approach to turnaround. Building on these districtperspectives, we explore considerations for turnaround efforts in the upcomingreauthorization of the Elementary and Secondary Education Act (ESEA). 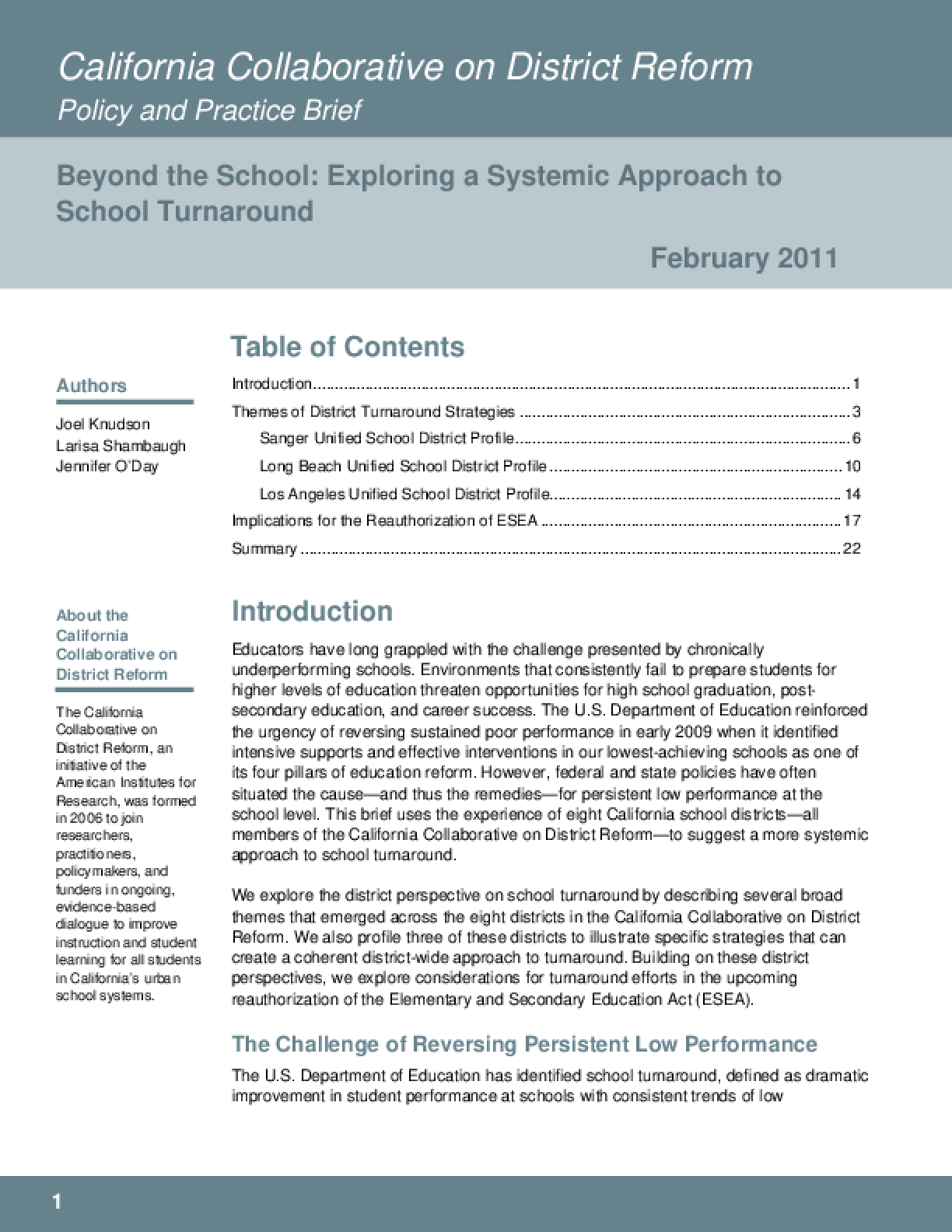