When it comes to policy, a lot of attention is given to "the win." Whether it is something new and big like the Affordable Care Act, a piece of legislation in a large federal omnibus bill, or inclusion of critical language in a state policy, seeing the fruits of advocacy efforts put into law makes advocates and champions feel that their hard work, often many years in the making, has paid off. However, in reality, "the win" is just the beginning -- a necessary first step in a much longer and equally as fraught process of policy implementation. Once a policy is created, there are numerous factors that shape and determine how that policy is implemented -- and ultimately, the impact it will have -- regardless of how well the policy is formulated. Some of these factors include rulemaking, funding, capacity of local implementing agencies, and fights to repeal or modify wins, among many others. And, just as in the case of "the win," advocacy plays an important role in shaping implementation whether in advocating across these factors or participating in ongoing monitoring over time. Interestingly, while the role of advocacy in agenda setting, policy formulation, and policy adoption has been widely explored in theory and practice, the role of advocacy in the policy implementation process has received less attention in the literature. To learn more about the role of advocacy at the policy implementation stage, ORS Impact spoke with organizations that engage in, or provide funding for, advocacy efforts at the state and/or federal level. We focused on the following questions: Our conversations yielded important learnings about the unique characteristics of, and range of approaches to, advocacy efforts during the implementation phase. The two following scenarios illustrate some of the different types and levels of advocacy intervention, as well as the results they produce, to demonstrate the ways advocacy can play out when shifting from policymaking to implementation. 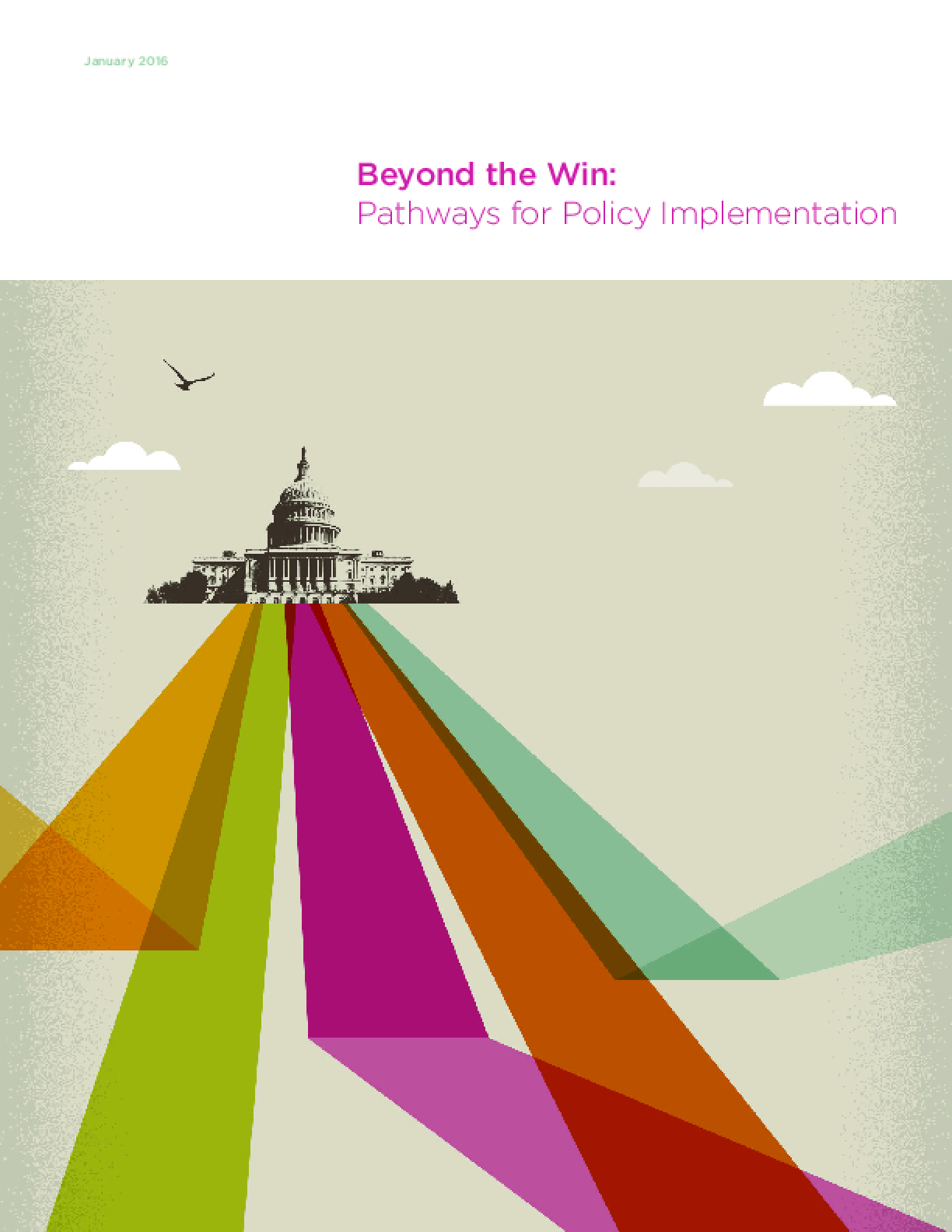