Beyond Viktor Bout: Why the United States needs an Arms Trade Treaty

With the trial of Viktor Bout nearly underway and the UN negotiations on an Arms Trade Treaty (ATT) starting in the summer of 2012, this briefing paper seeks to provide the reader with a deeper understanding of the challenges the US government faces in tackling unscrupulous arms brokers abroad and to show how the adoption of a strong and comprehensive ATT could help the United States and other governments in such efforts. While the United States has brought cases against several well-known arms traffickers, including Mr. Bout, in this period, it has faced serious challenges in halting illegal activity by arms brokers, particularly those based or operating abroad. According to current and former US officials and available information on cases, two of the problems the US government continually encounters in enforcing US laws and in urging governments to stop such brokers are weak national laws related to international arms transfers. A comprehensive ATT could provide the framework to resolve jurisdictional issues allowing illicit brokers to avoid prosecution and encourage greater cooperation between states to stamp out such activities. To close the gaps that allow illicit brokers to operate with few constraints, the US must strongly support and work to craft and effective and robust ATT. 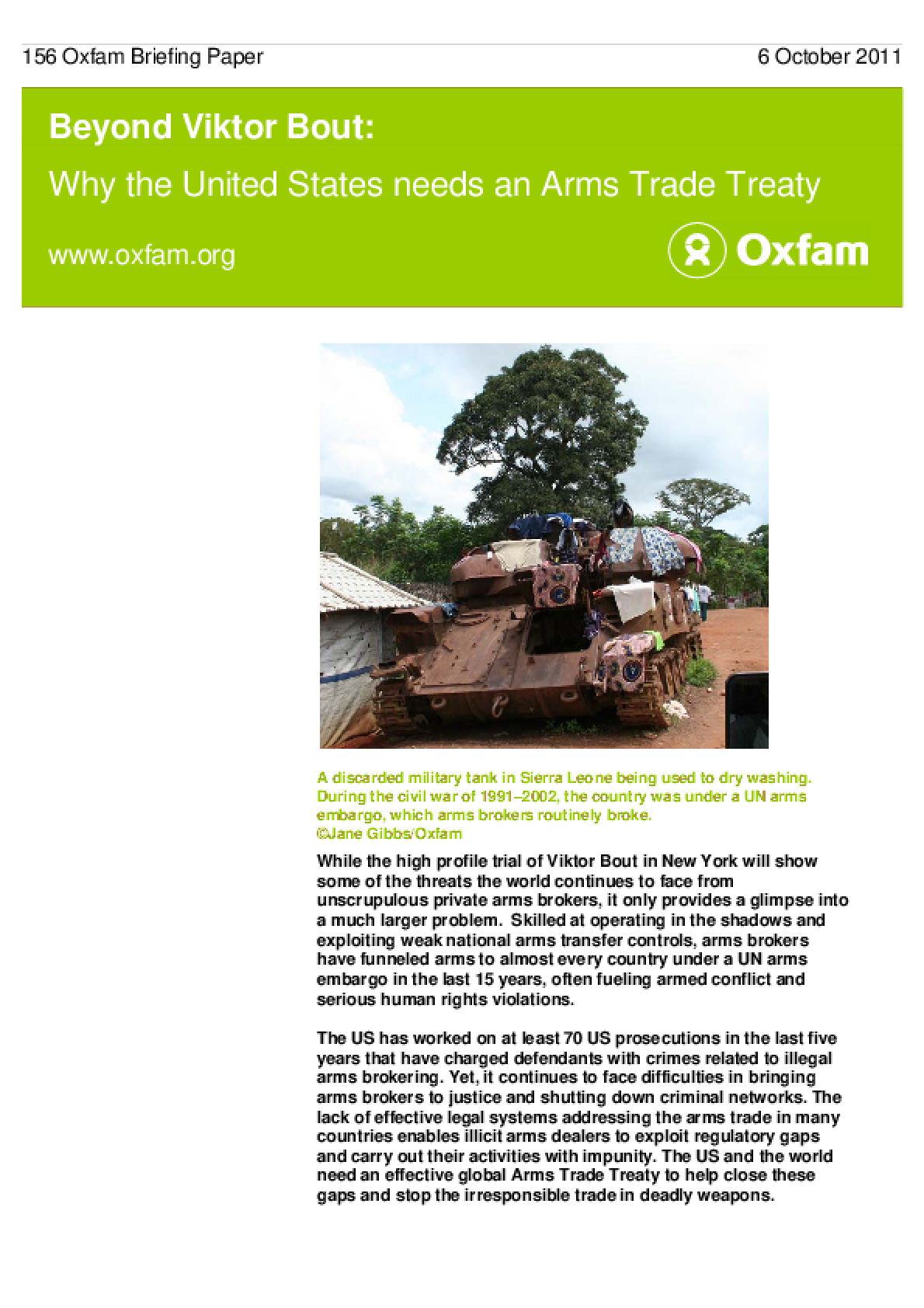