While current United States immigration policy is based primarily on family reunification, it does not provide any rights for unmarried partners of citizens. In order to inform current legislative debates about expanding the policy of family reunification to include same-sex couples, this report provides a demographic and geographic portrait of bi-national same-sex "unmarried partners" from Census 2000. Key findings of this report include: 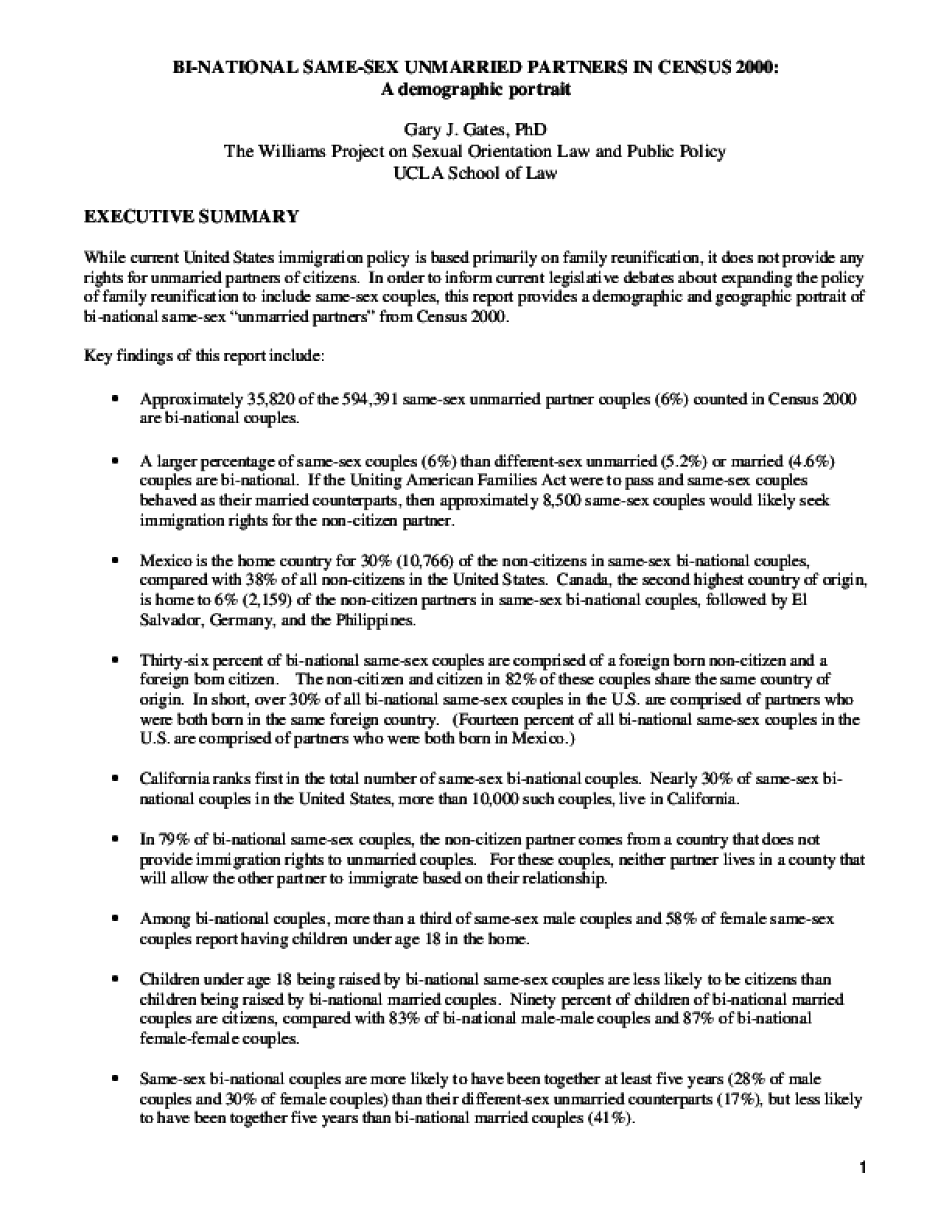