Increasing bicycle use and bus ridership are both desirable policy goals from a sustainability standpoint, but on city streets these two modes of transport are often in conflict. While occupying opposite ends of the size and weight spectrum, they typically operate in the same space and at roughly the same speeds over significant stretches of road. This report includes a review of crash data and an analysis of videologs along Walnut Street in University City, with an aim of documenting and highlighting the precise nature of this conflict in Philadelphia. After reviewing how other places have dealt with these conflicts, staff proposes two specific strategies to address the problems that were observed: the increased use of left-side bike lanes on one-way streets where transit conflicts exist, and the pursuit of a citywide 'yield/courtesy pyramid' to clarify roles and responsibilities (with one example being a new 'do not pass stopped transit vehicles on the right' rule for bicyclists). 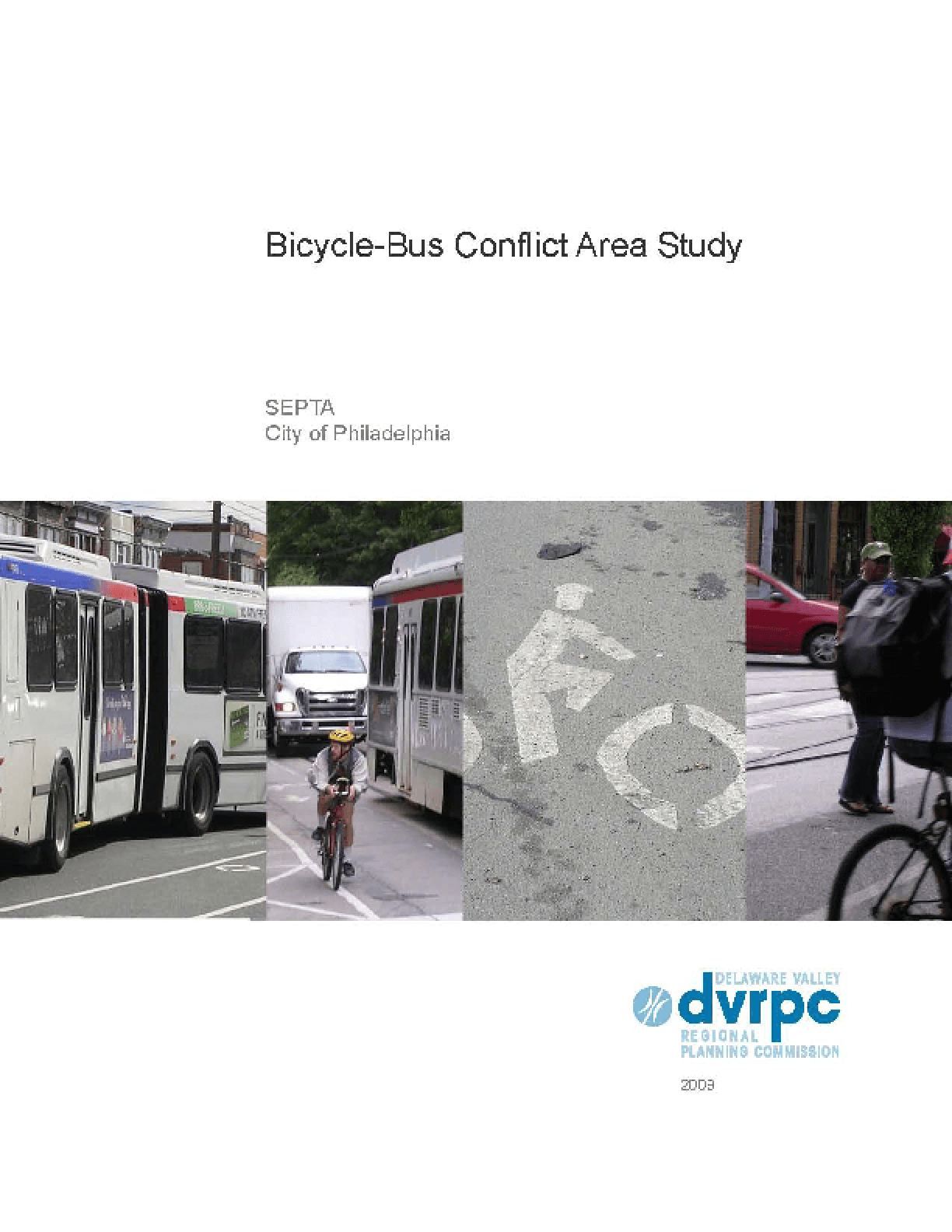