America's low-wage economy is marked by two extremes. On the one hand, workers earning at or near the minimum wage are seeing the real value of their paychecks diminish steadily over time, as the cost of living increases while their wages remain stagnant. After nearly half a century of neglect, today's federal minimum wage of $7.25 per hour is decades out of date. In terms of purchasing power, its value is 30 percent lower today than it was in 1968. On the other hand, many corporations are posting record-breaking profits. The Wall Street Journal reported earlier this year that, after sinking from 2007 to 2009, corporate profits had successfully caught up to their prerecession peak by the beginning of 2010 -- and that by the third quarter of 2011, total profits for U.S. corporations reached a new record high of $1.97 trillion.2 This report examines the connection between these opposing extremes of stagnant wages and soaring corporate profits. While a great deal of attention has been directed at the role of Wall Street and the financial sector in driving economic inequality in the U.S., it is important to recognize that the top low-wage employers also bear responsibility for the growing disparity between corporate profits and worker compensation. The central finding of this report is that the majority of America's lowest-paid workers are employed by large corporations, not small businesses, and that most of the largest low-wage employers have recovered from the recession and are in a strong financial position. 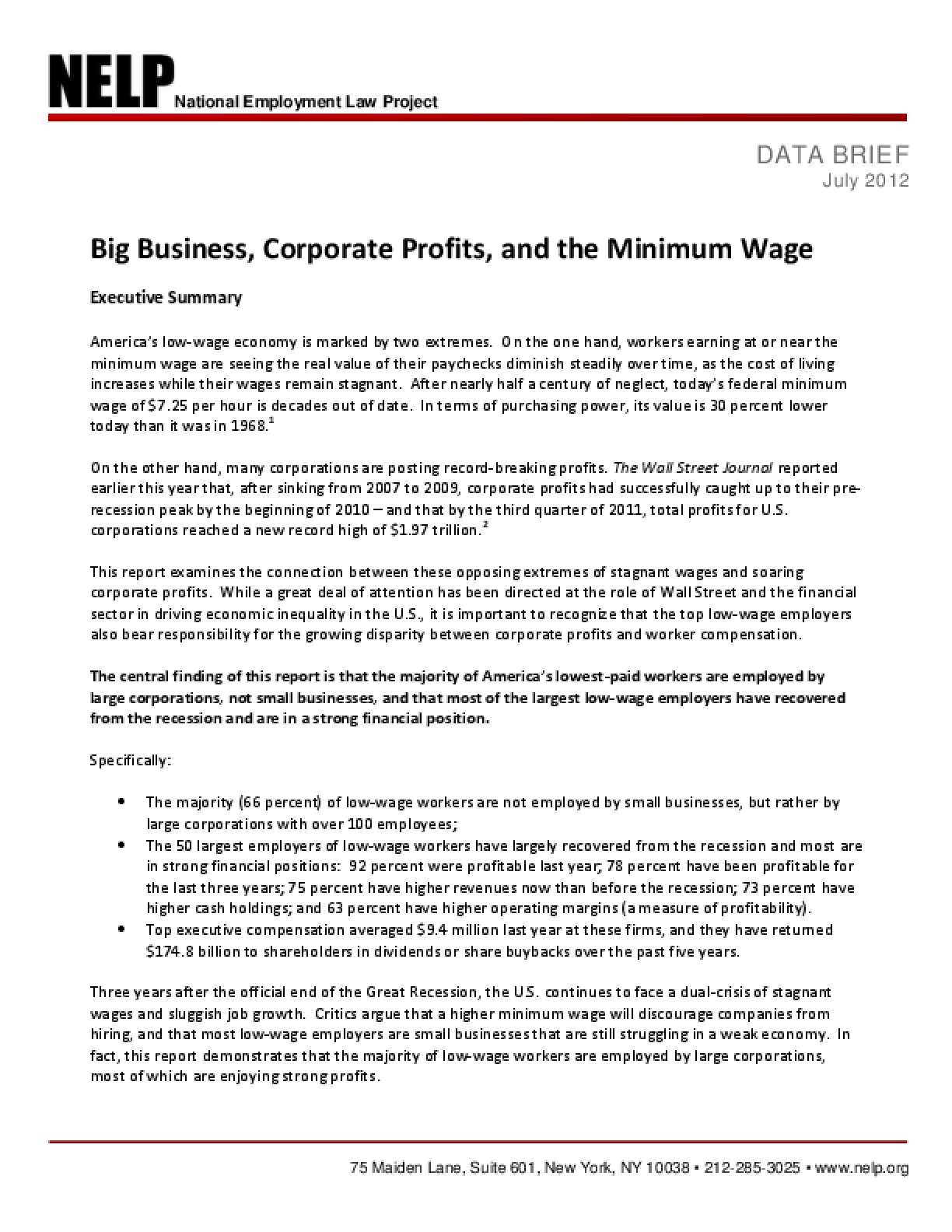