Recreational road bicycling events are common all across the United States, but their total size and impact is unknown. Bikes Belong conducted a survey of U.S. recreational bike-event promoters in order to estimate the size, number, and direct economic impact of these rides in 2008, and also to learn more about how these events affect communities and causes nationwide. Findings include: 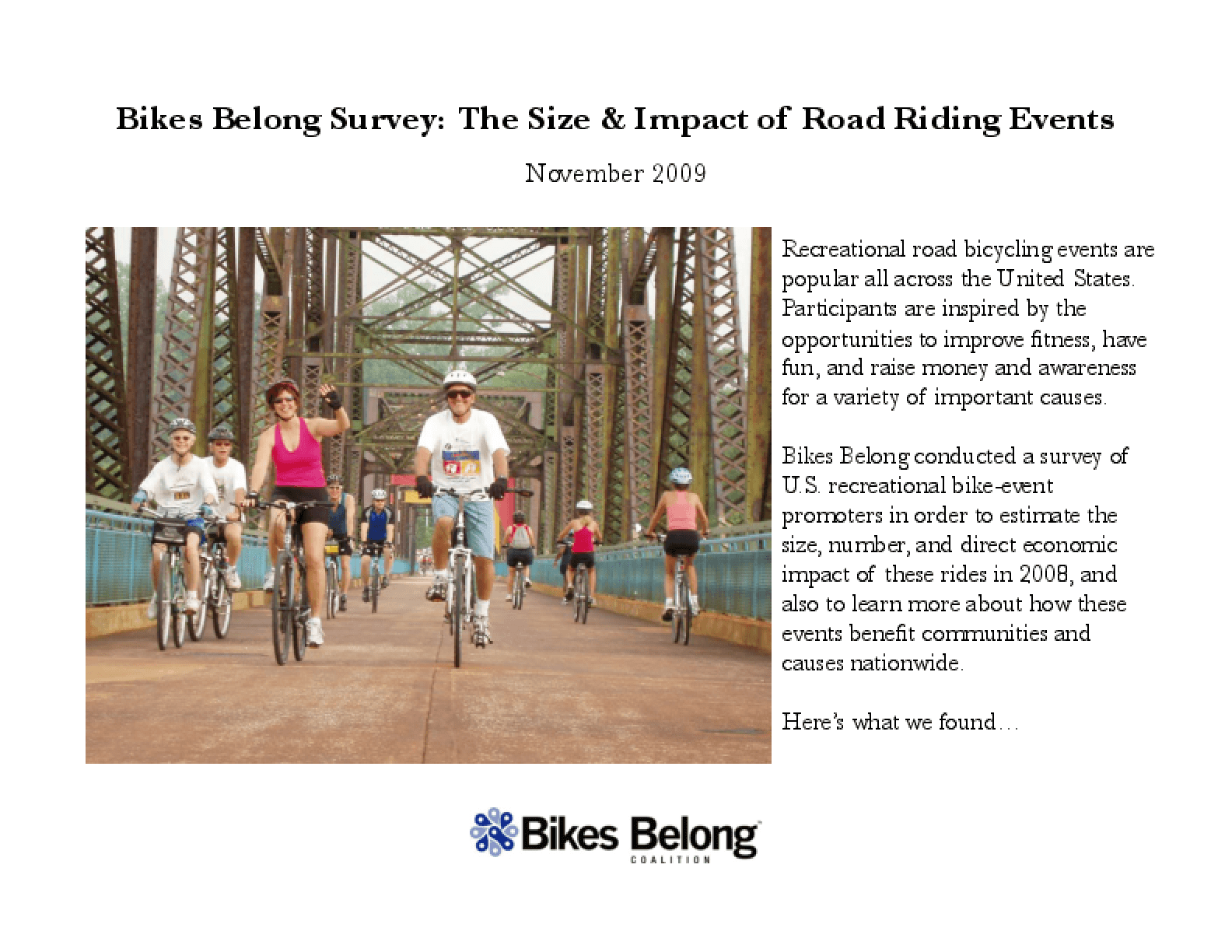