Biocultural Community Protocols: Dialogues on the Space Within

This paper starts by explaining "the space within" -- the ethical grammar and code by which indigenous peoples use and steward nature. It then explains the inextricable links with nature demonstrated by a number of communities with which we have worked, and their experiences in the ABS context. It discusses the importance of processes of prior informed consent, before then discussing the possibility of "tools of conviviality" that may act as bridges between the fundamental ecological principals of indigenous peoples, and the researchers and companies that seek to utilize biodiversity and knowledge within community control. In the final sections, we explore the use of both community protocols and Ethical BioTrade, with some examples, and their potential role as tools of conviviality -- opening up dialogues between actors from vastly different worldviews. While we do not see community protocols as a panacea for the rights of indigenous peoples and local communities, we have seen them act as an important step towards the protection of indigenous knowledge and the recognition of legal pluralism. 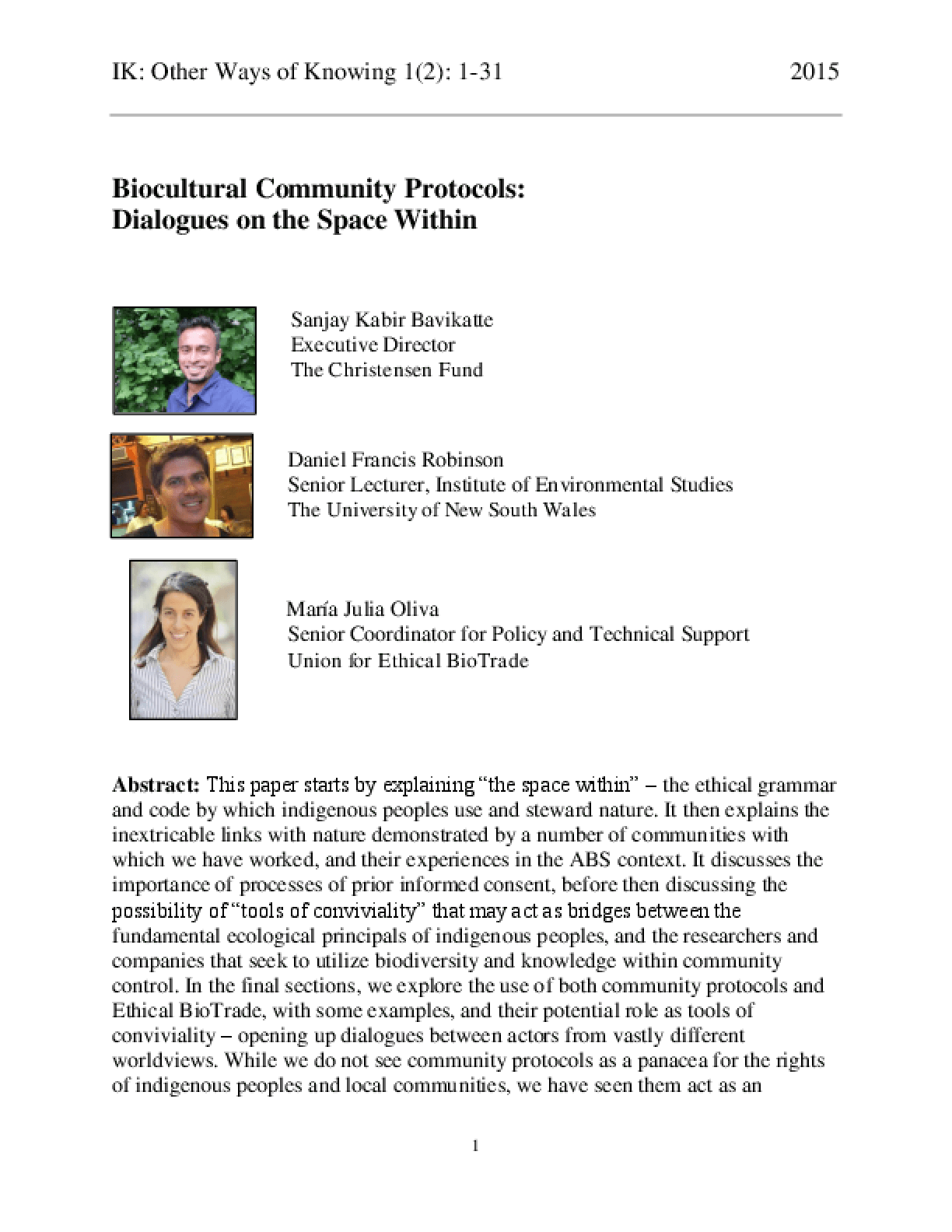