Biofuelling Poverty: Why the EU renewable fuel target may be disastrous for poor people

In January of this year, the European Commission published its Renewable Energy Roadmap, proposing a mandatory target that biofuels must provide ten per cent of member states' transport fuels by 2020. This target is creating a scramble to supply in the South, posing a serious threat to vulnerable people at risk from land-grabbing, exploitation, and deteriorating food security. It is unacceptable that poor people in developing countries bear the costs of emissions reductions in the EU. To avoid this, the Commission must include social standards in its sustainability framework, and develop mechanisms by which the ten per cent target can be revised if it is found to be contributing to the destruction of vulnerable people's livelihoods. 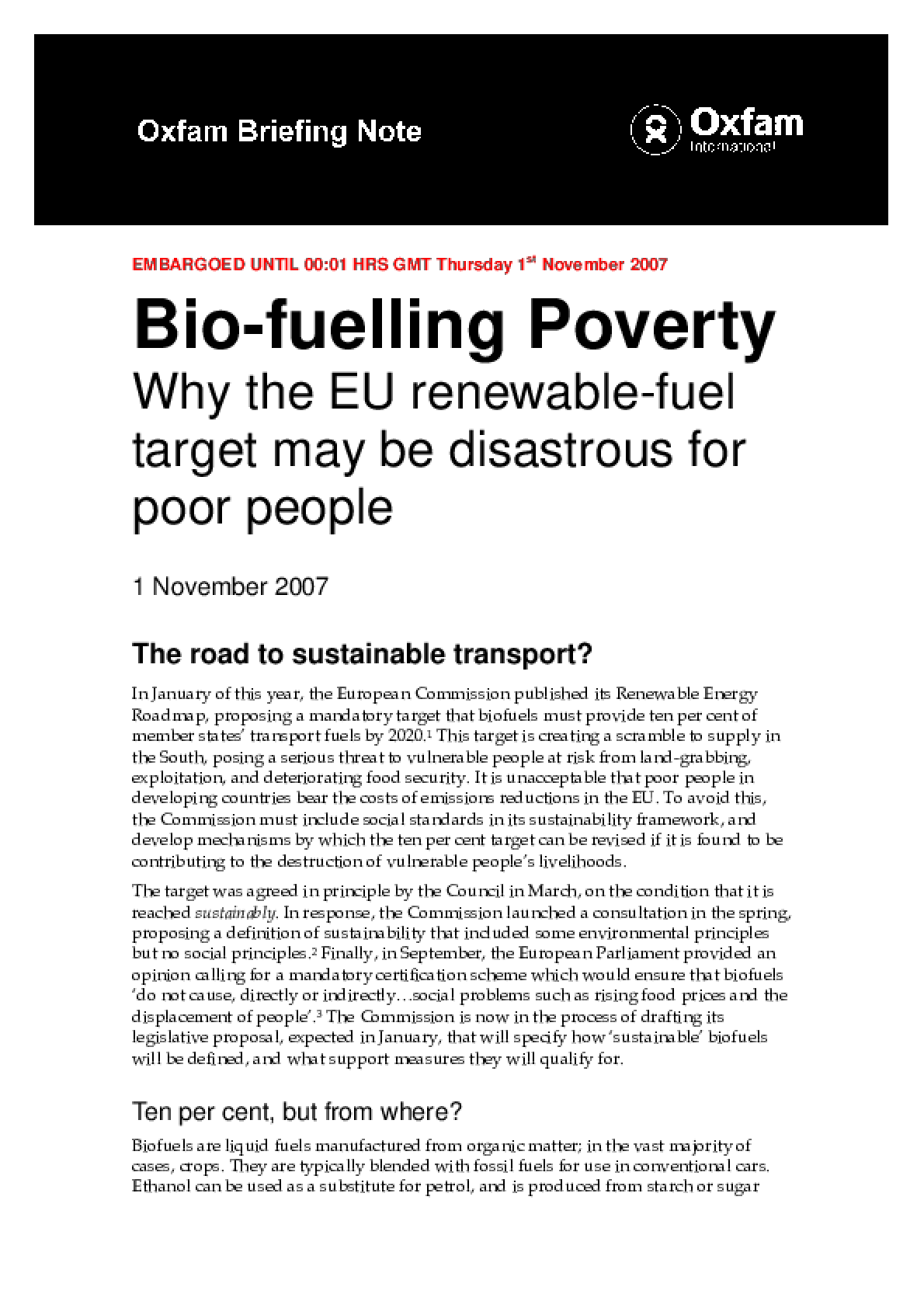