Black Americans have been disproportionately affected by HIV/AIDS since the epidemic's beginning, and that disparity has deepened over time. Blacks account for more new HIV infections, people estimated to be living with HIV disease, and HIV-related deaths than any other racial/ethnic group in the U.S. The epidemic has also had a disproportionate impact on Black women, youth, and gay and bisexual men, and its impact varies across the country.

Moreover, a number of challenges contribute to the epidemic among Blacks, including poverty, lack of access to health care, higher rates of some sexually transmitted infections, lack of awareness of HIV status, and stigma.

Despite this impact, recent data indicate some encouraging trends, including declining new HIV infections among Black women.However, given the epidemic's continued and disproportionate impact among Blacks, a continued focus is critical to addressing HIV in the United States. 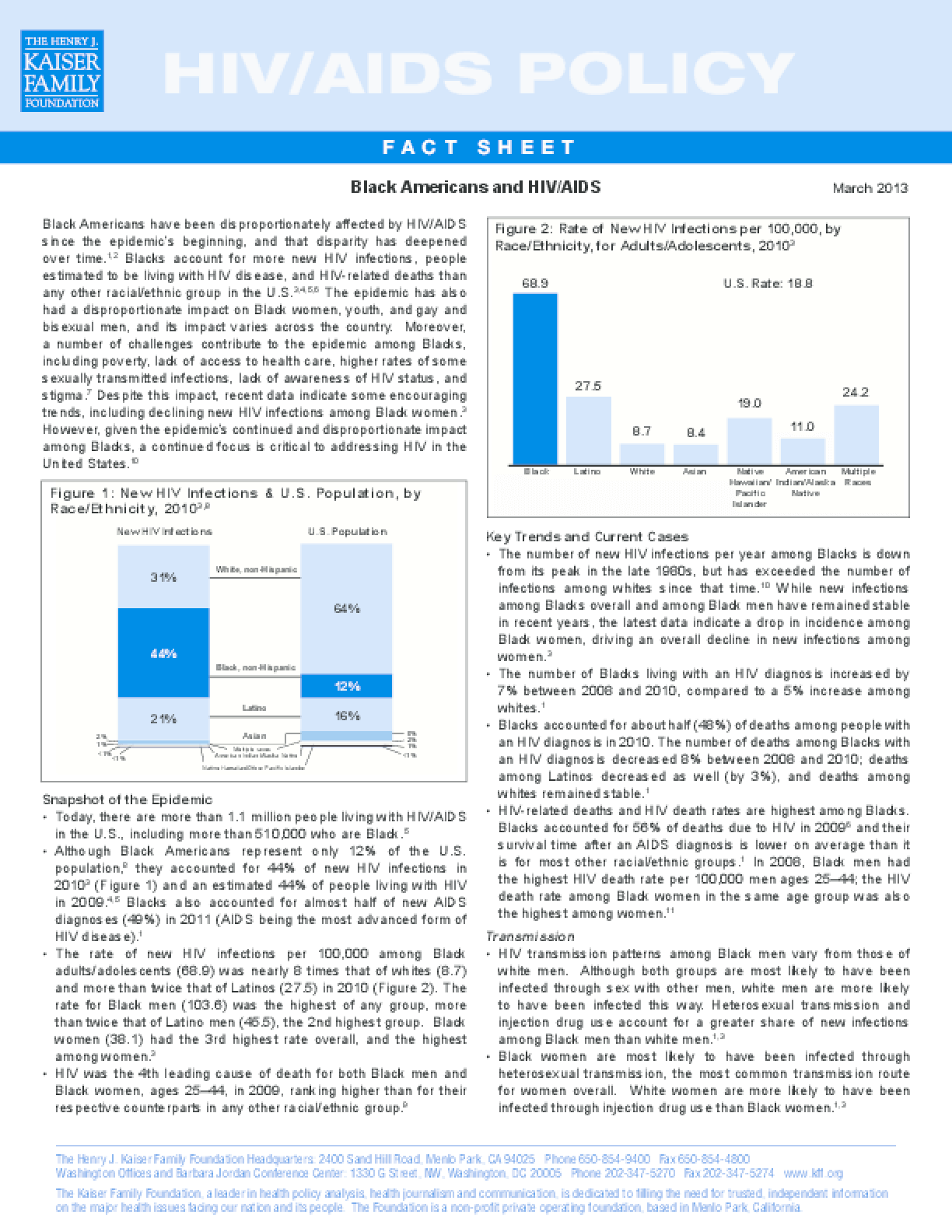