In late 2014, a series of highly publicized police killings of unarmed Black male civilians in the United States prompted large-scale social turmoil. In the current review, we dissect the psychological antecedents of the se killings and explain how the nature of police work may attract officers with distinct characteristics that may make them especially well-primed for negative interactions with Black male civilians. We use media reports to contextualize the precipitating events of the social unrest as we ground our explanations in theory and empirical research from social psychology and industrial and organizational (I/O) psychology. To isolate some of the key mechanisms at play, we disentangle racial bias (e.g., stereotyping processes) from common characteristics of law enforcement agents (e.g., social dominance orientation), while also addressing the interaction between racial bias and policing. By separating the moving parts of the phenomenon, we provide a more fine-grained analysis of the factors that may have contributed to the killings. In doing so, we endeavor to more effectively identify and develop solutions to eradicate excessive use of force during interactions between "Black" (unarmed Black male civilians) and "Blue" (law enforcement). 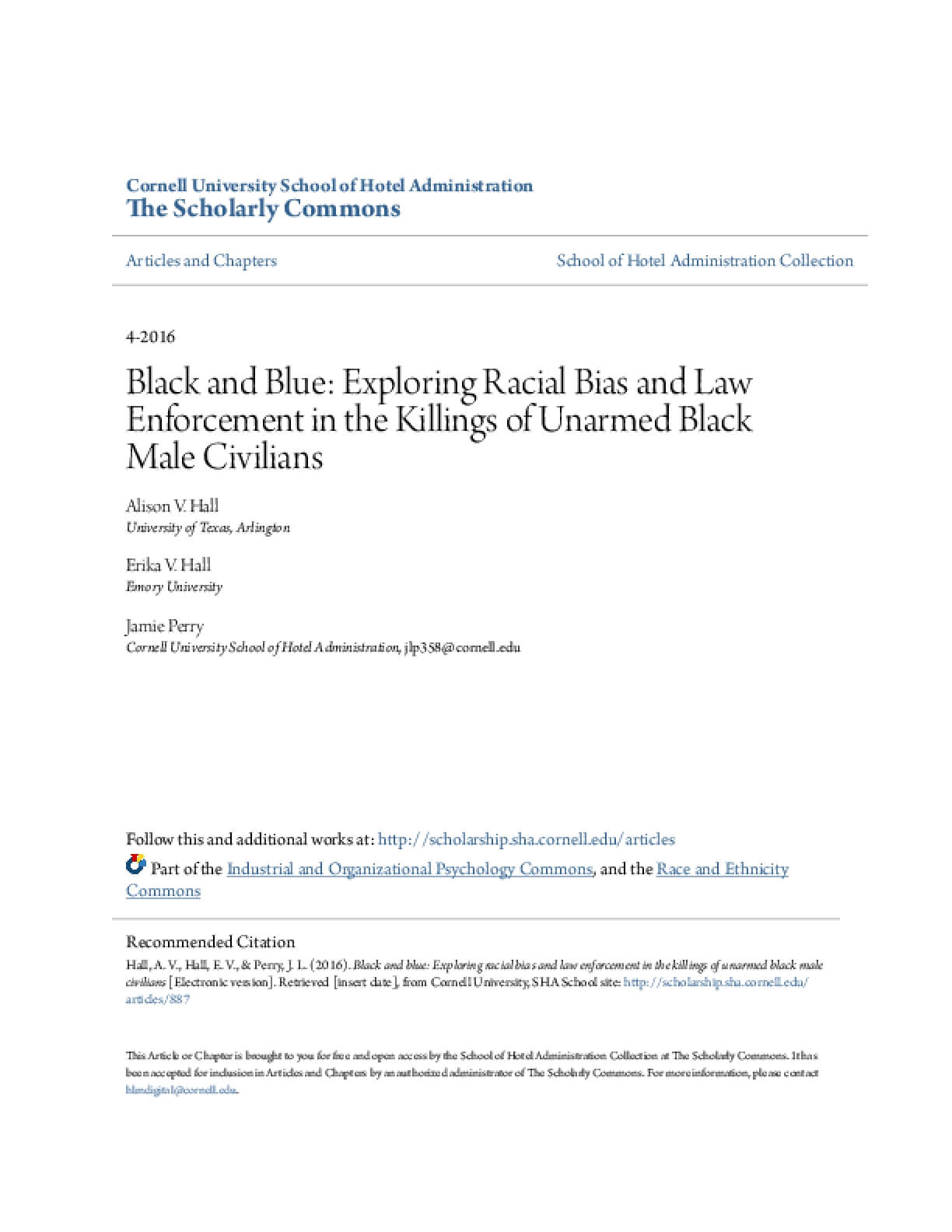