This report provides structural proposals to end the school-to-prison pipeline in the Los Angeles Unified School District (LAUSD) and to build a national movement to stop the mass incarceration of Black and Latino Communities. It analyzes the LAUSD and the Los Angles School Police Department's (LASPD) citation and arrest patterns for the school years of 2011-2013 through the lens of race, gender, age, and neighborhood impacts. 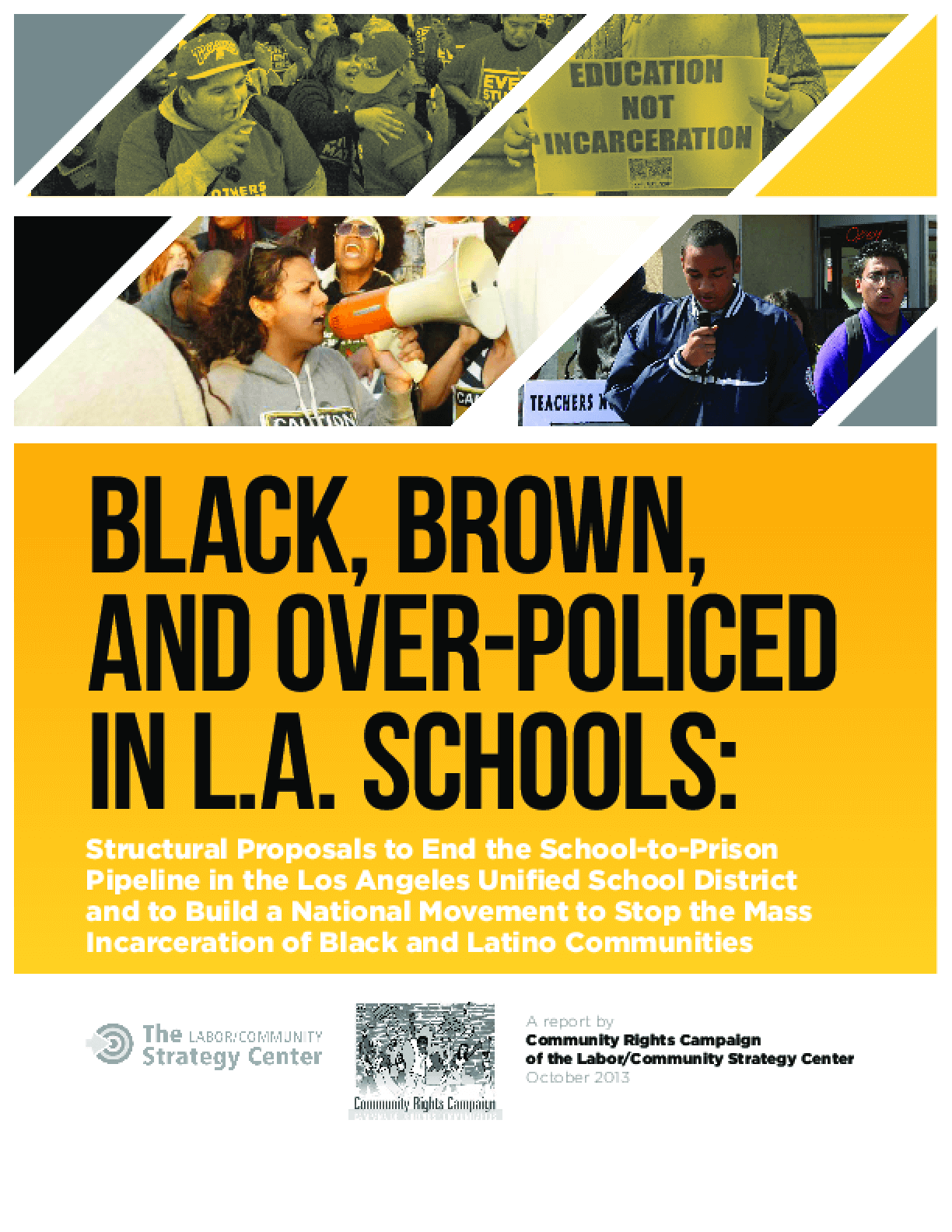