Black, Brown and Targeted. A Report on Boston Police Department Street Encounters from 2007–2010

Boston Police Department (BPD) officers have engaged in widespread racially biased "stop-andfrisk" practices, according to a preliminary statistical analysis of four years of BPD police-civilian encounter reports. The analysis found that Blacks were subjected to 63% of these encounters, even though they made up just 24% of Boston's population. The analysis also showed that crime—whether measured by neighborhood crime rates or the arrest records or alleged gang involvement of the civilians subjected to these encounters—does not explain away this racial disparity. Finally, the BPD seems unable to prove that its stop-and-frisk tactics were effective in fighting crime. 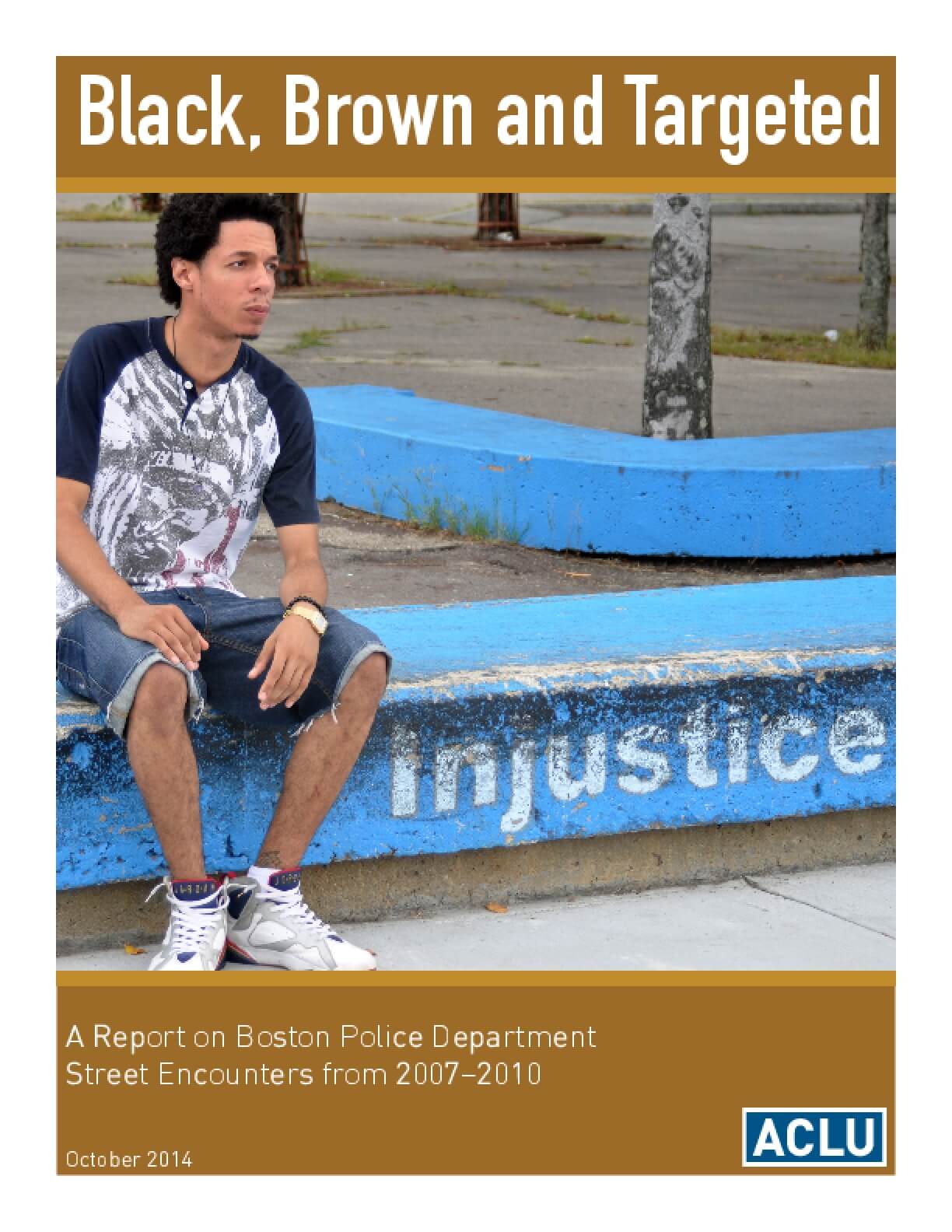