In 2012 and 2016, the research center I founded at the University of Pennsylvania released reports on Black male student-athletes and racial inequities in National Collegiate Athletic Association (NCAA) Division I sports. Previous editions of this study received exten-sive coverage on ESPN as well as in The Washington Post, Sports Illustrated, USA Today, and over 500 other media outlets. This 2018 edition, published from the Race and Equity Center's new home at the University of Southern California, includes updated statistics from the 65 universities that comprise the Power Five conferences.

Transparency continues to be the primary aim of this biennial publi-cation. Data presented herein concerning the overrepresentation of Black male student-athletes are unlikely to surprise anyone who has watched a college football or men's basketball game over the past three decades. Likewise, scholars who study race in inter-collegiate athletics will probably deem unsurprising my updated findings on racial inequities in six-year graduation rates. What I still find shocking is that these trends are so pervasive, yet institutional leaders, the NCAA, and athletics conference commissioners have not done more in response to them. Also astonishing to me is that it seems the American public (including current and former Black student-athletes, sports enthusiasts, journalists, and leaders in Black communities) accepts as normal the widespread racial inequities that are cyclically reproduced in most revenue-generating college sports programs.

Perhaps more outrage and calls for accountability would ensue if there were greater awareness of the actual extent to which college sports persistently disadvantage Black male student-athletes. Hence, the purpose of this report is to make transparent racial inequities in the Atlantic Coast Conference (ACC), Big Ten Confer-ence, Big 12 Conference, Pac 12 Conference, and Southeastern Conference (SEC). Data from the NCAA and the U.S. Department of Education are presented for the 65 institutional members of these five athletic conferences. Specifically, I offer an analysis of Black men's representation on football and basketball teams versus their representation in the undergraduate student body on each campus. I also compare Black male student-athletes' six-year gradu-ation rates (across four cohorts) to student-athletes overall, Black undergraduate men overall, and undergraduate students overall at each institution. 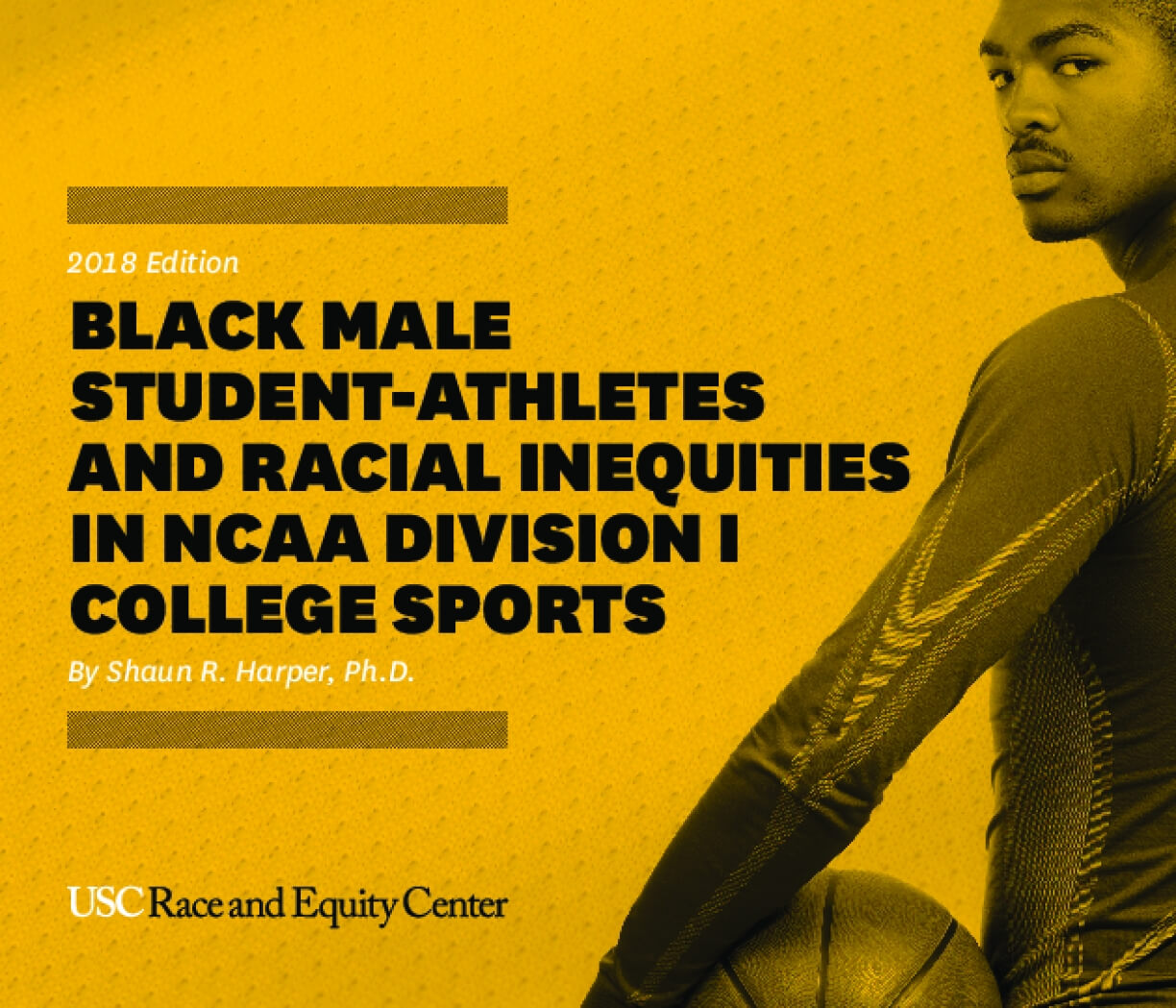