This paper looks at the reasons the absolute and relative gains that African Americans made during the 1990s economic boom were both less than hoped for and fragile in the period of economic decline that followed. The paper also looks at the public policies that would be necessary to sustain the gains that African Americans are likely to make during the next economic expansion. 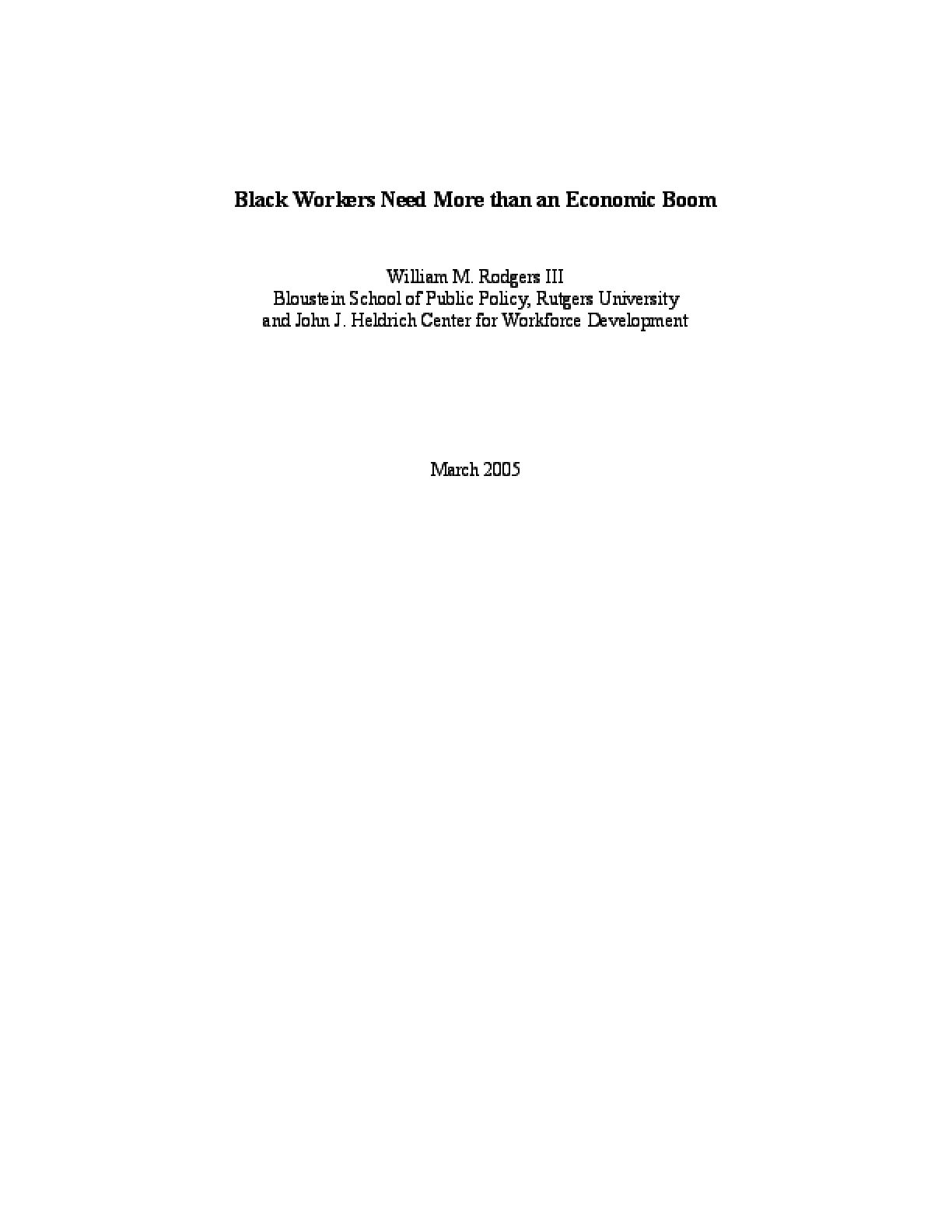