Blood on the Floor: How the rich countries have squeezed development out of the WTO Doha negotiations

Four years on, the Doha Round looks increasingly unlikely to deliver on its promises to the world's poor. Rich countries have sidelined development concerns and insisted on, among other conditions, the "blood on the floor" rule, i.e. obtaining economically painful concessions from all countries, including poor ones. In agriculture, trade rules look set to remain stacked against developing countries and poor farmers. Talks on industrial tariffs could jeopardise the industries of poor countries. If the rich countries fail to significantly improve their offer at the WTO ministerial meeting in Hong Kong in December 2005, developing countries should not be expected to sign on to a bad deal. 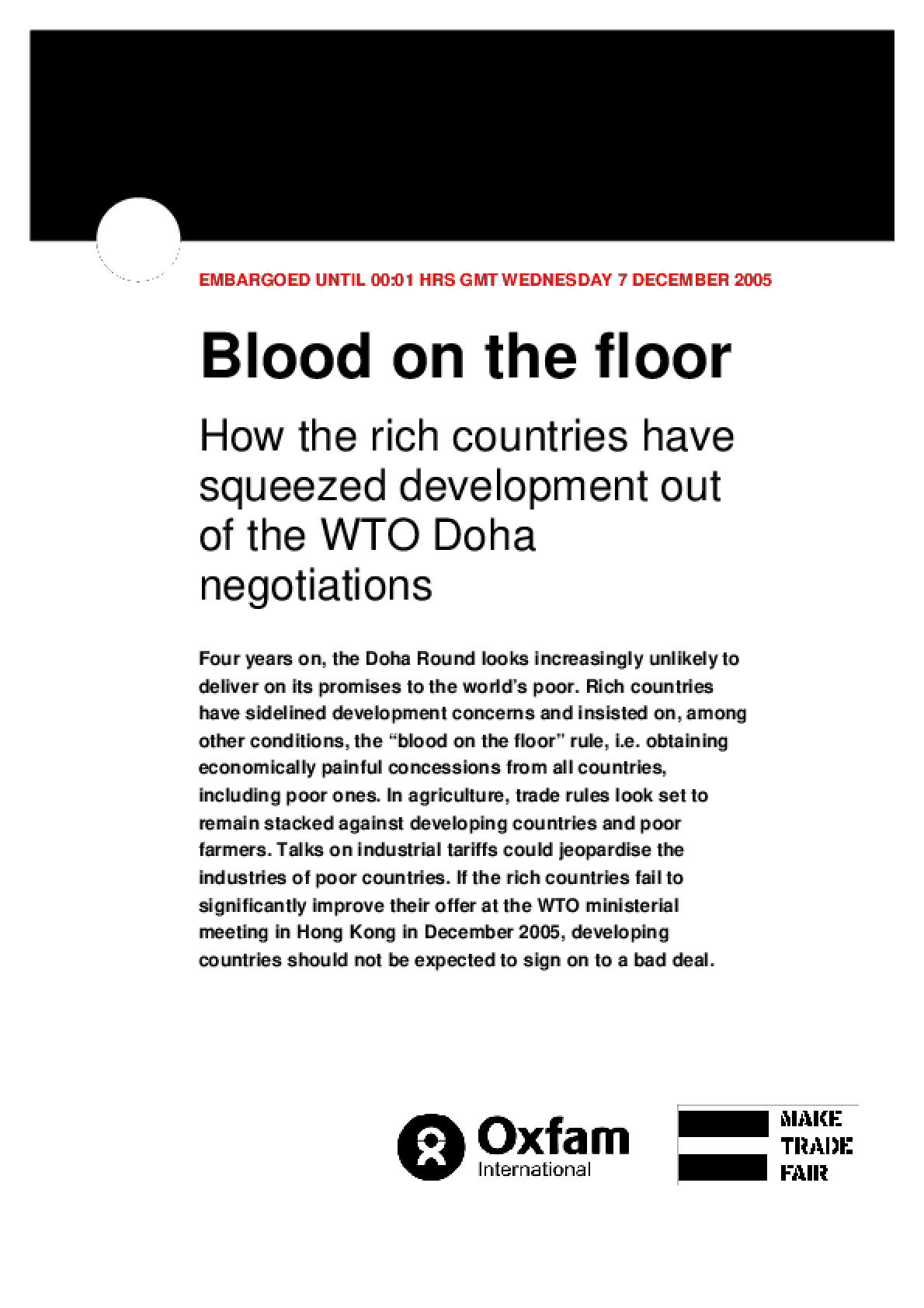