By 2020, more than six out of 10 U.S. jobs will require postsecondary training. Despite a slight increase in college attainment nationally in recent years, the fastest-growing minority groups are being left behind. Only 25 and 18 percent of Blacks and Hispanics, respectively, hold at least an associate's degree, compared with 39 percent of Whites. Without substantial increases in educational attainment, particularly for our nation's already underserved groups, the United States will have a difficult time developing a robust economy. Home to 65 percent of Americans, and a majority of all African Americans and Hispanics (74 and 79 percent, respectively), the 100 largest metropolitan statistical areas (MSAs) can play a strong role in developing this nation's workforce. In fact, to reach a national attainment target that meets our workforce needs, more than half of college degrees could be generated from the these cities. The majority of degrees needed among African-American and Hispanic adults could also be produced in MSAs. Clearly, investing in and organizing around the potential of metropolitan areas is critical, and the stakes have never been higher. Yet the current funding climate requires strategic public and private partnerships to invest in education innovation and human capital development in order to have the most robust impact on sustainable national growth. For this study, the Institute for Higher Education (IHEP) sought to follow up on its previous work examining MSA educational attainment rates by further exploring policies that either inhibit or facilitate degree production, and identifying metropolitan-level, cross-section collaborations that help local leaders contribute to national completion goals. 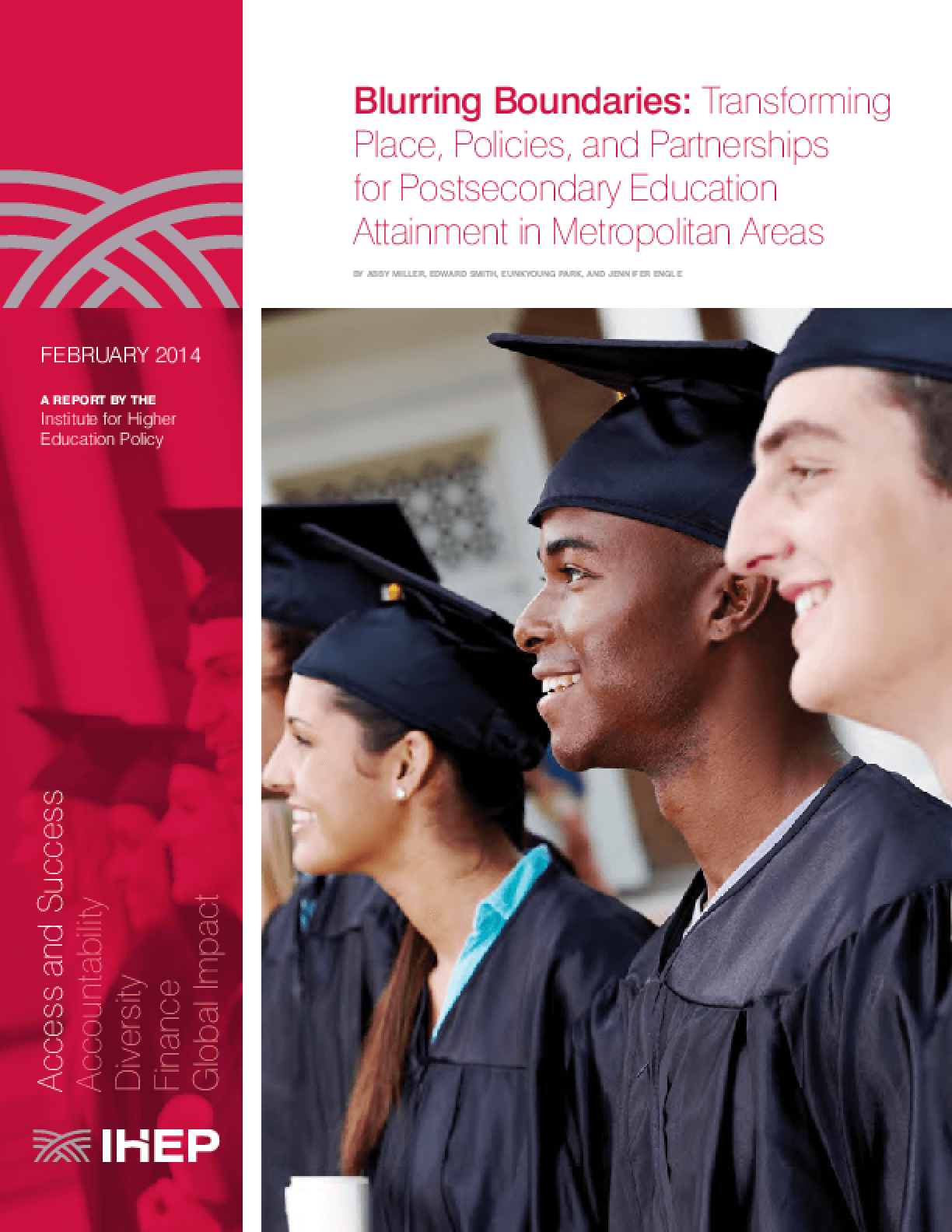