Desertification, the process of converting productive land to wasteland through overuse and mismanagement, is unfortunately all too common. Anything that removes protective grass or trees leaves soil vulnerable to wind and water erosion. In the early stages of desertification, the finer particles of soil are removed by the wind, creating dust storms. Once the fine particles are removed, then the coarser particles-the sand-are also carried by the wind in localized sand storms. Large-scale desertification is concentrated in Asia and Africa-two regions that together contain nearly 4.8 billion of the world's 6.5 billion people. Populations in countries across the top of Africa are being squeezed by the northward advance of the Sahara. In the vast east-to-west swath of semiarid Africa between the Sahara Desert and the forested regions to the south lies the Sahel, a region where farming and herding overlap. In countries stretching from Senegal and Mauritania in the west to Sudan, Ethiopia, and Somalia in the east, the demands of growing human and livestock numbers are converting more and more land into desert. 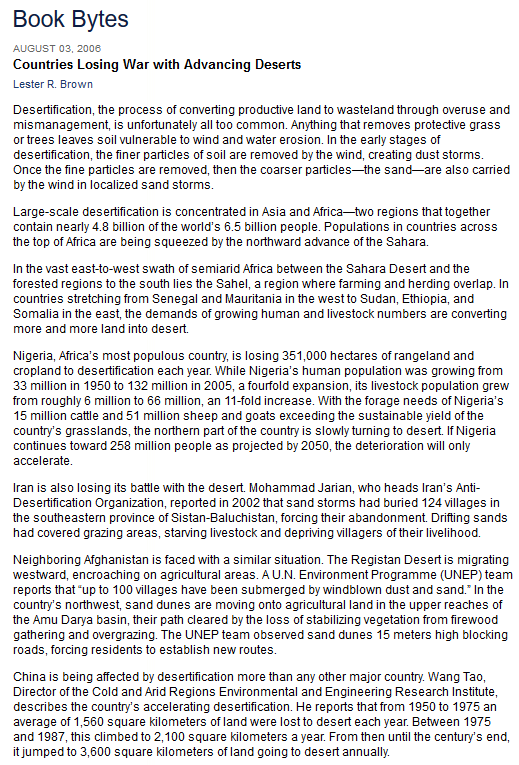