On November 15, 2021, President Biden signed the Infrastructure and Jobs Act, or H.R. 3684, a $1.2 trillion bill that was the result of extended bipartisan negotiations in the House and Senate and represents the largest infrastructure legislation that has been enacted since 2015.

Much of the focus on this bipartisan infrastructure bill has rightfully highlighted its significant investments into American roads and bridges, the electrical grid, the water supply, and access to broadband internet. However, in addition to these elements, the legislation also includes billions of dollars for border infrastructure that has not drawn as much attention, including provisions designed to modernize ports of entry and better resource local communities who are assisting in processing arriving migrants.

These investments could play a major role in creating a more orderly, humane, and secure border. 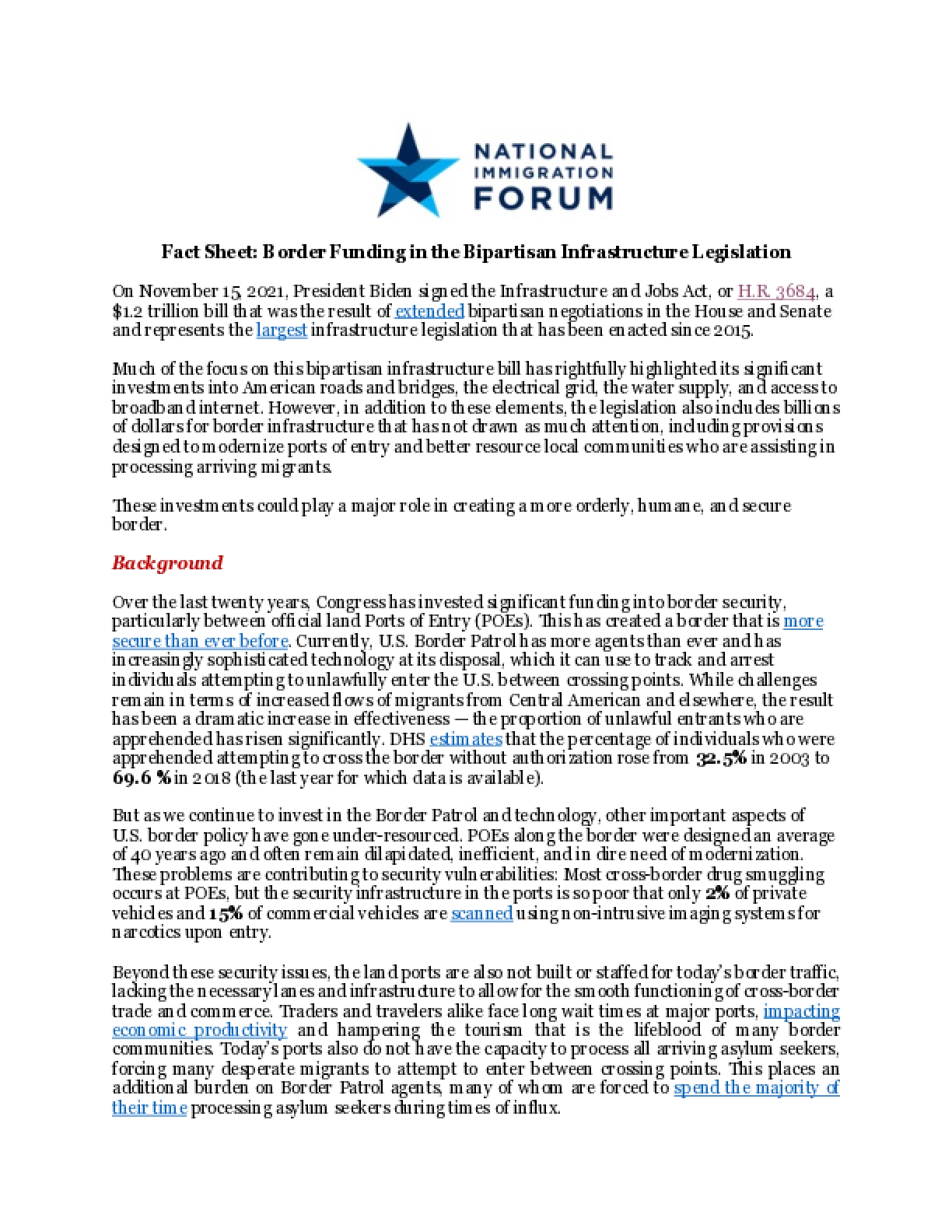