The policymakers most responsible for shaping policy on the Palestinian-Israeli question in both the Bush and the Clinton administrations, a team led by special mediator Dennis Ross, came of age politically at a time when the Palestinian perspective was virtually excluded from American political discourse. These policymakers, by their own testimony emotionally involved in Arab-Israeli issues because of their Jewish roots, are naturally inclined to view the issue from the traditional Israel-centered vantage point despite their occasionally harsh criticism of Israel's right-wing government and their vaunted understanding of Palestinian sensibilities. Part III of this series examines how the old frame of reference still determines policy even in an era when Palestinians are seen as legitimate participants in the peace process. 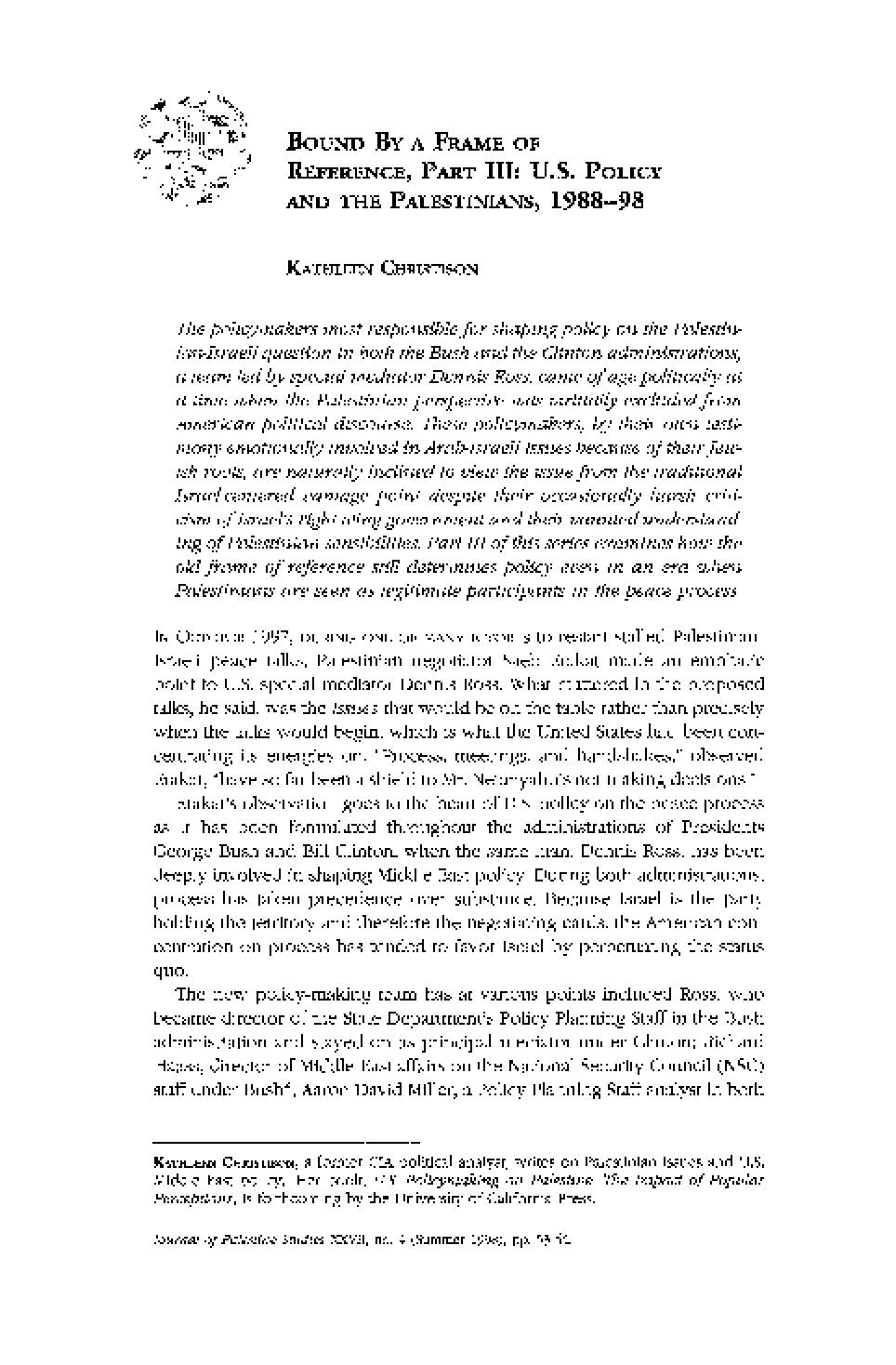