Agricultural trade could play a key role in the fight against poverty. But in practice the rules which govern world agricultural trade benefit the rich rather than the poor. Rich countries spend vast sums of money protecting the interests of their producers, while at the same time forcing poor countries to open their markets to subsidised imports. Achieving an equitable outcome from the WTO agricultural negotiations will be a litmus test of the so-called Doha Development Round. Developing countries should not sign a new agricultural agreement if their vital development needs are not adequately addressed. 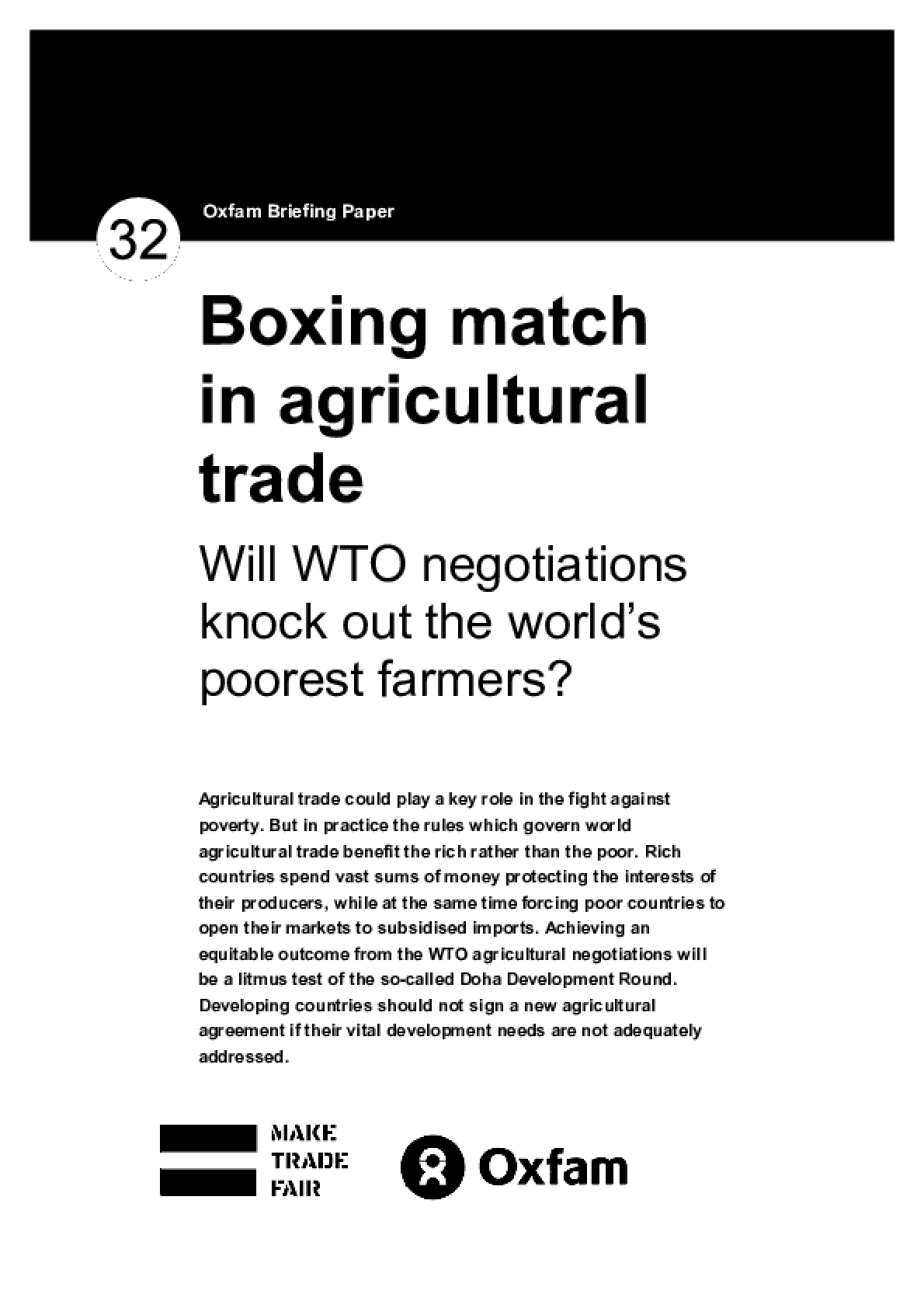