The authors warn that unless Brazil corrects its monetary policy, it could contribute to another severe, long-term growth failure comparable to the experience of 1980–2003. During that time, per capita GDP growth averaged about 0.2 percent per year.

This report updates a version released in December 2016. 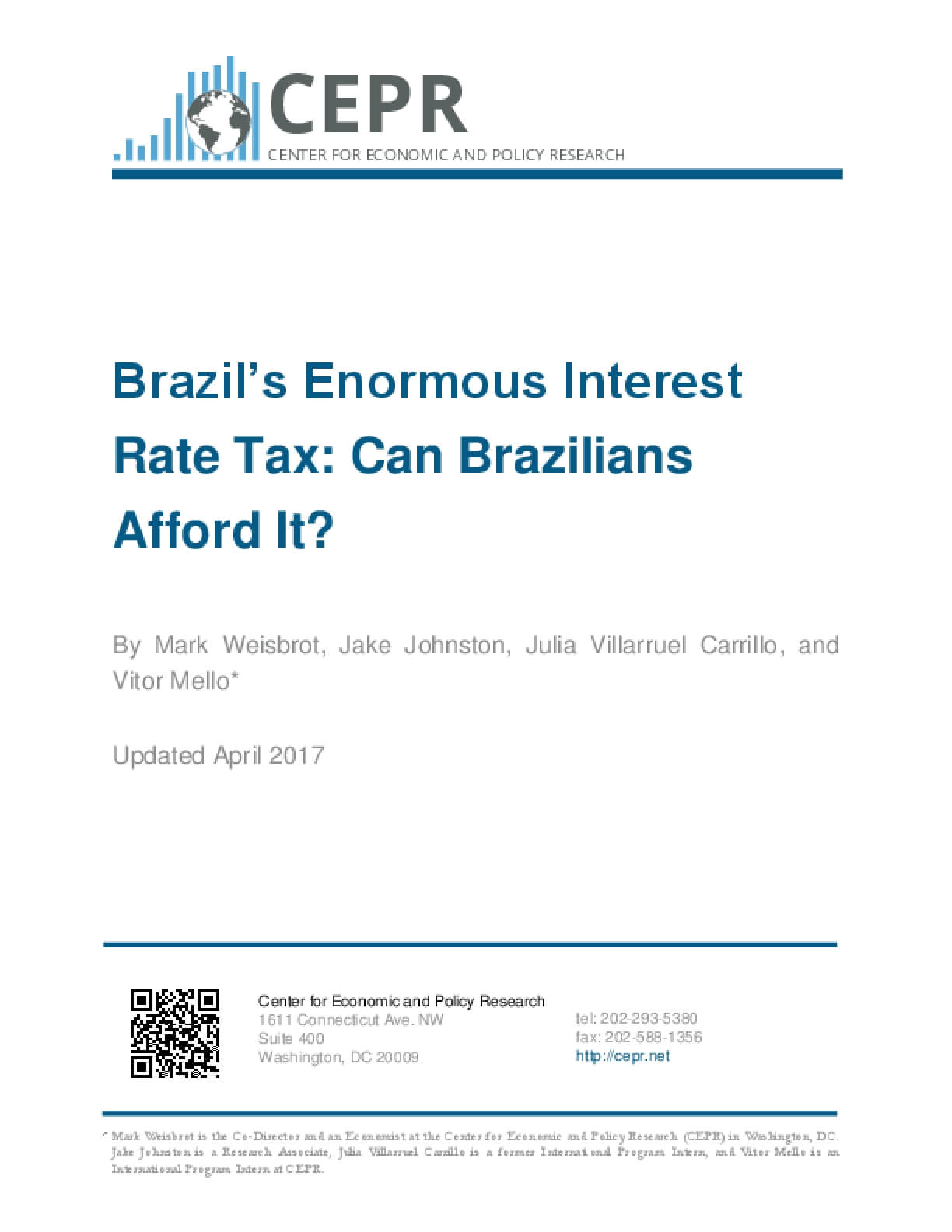