Breakin' the Heart of It All: How ODOT subverts the NEPA Environmental Review Process and Damage Ohio's Environment and Communities 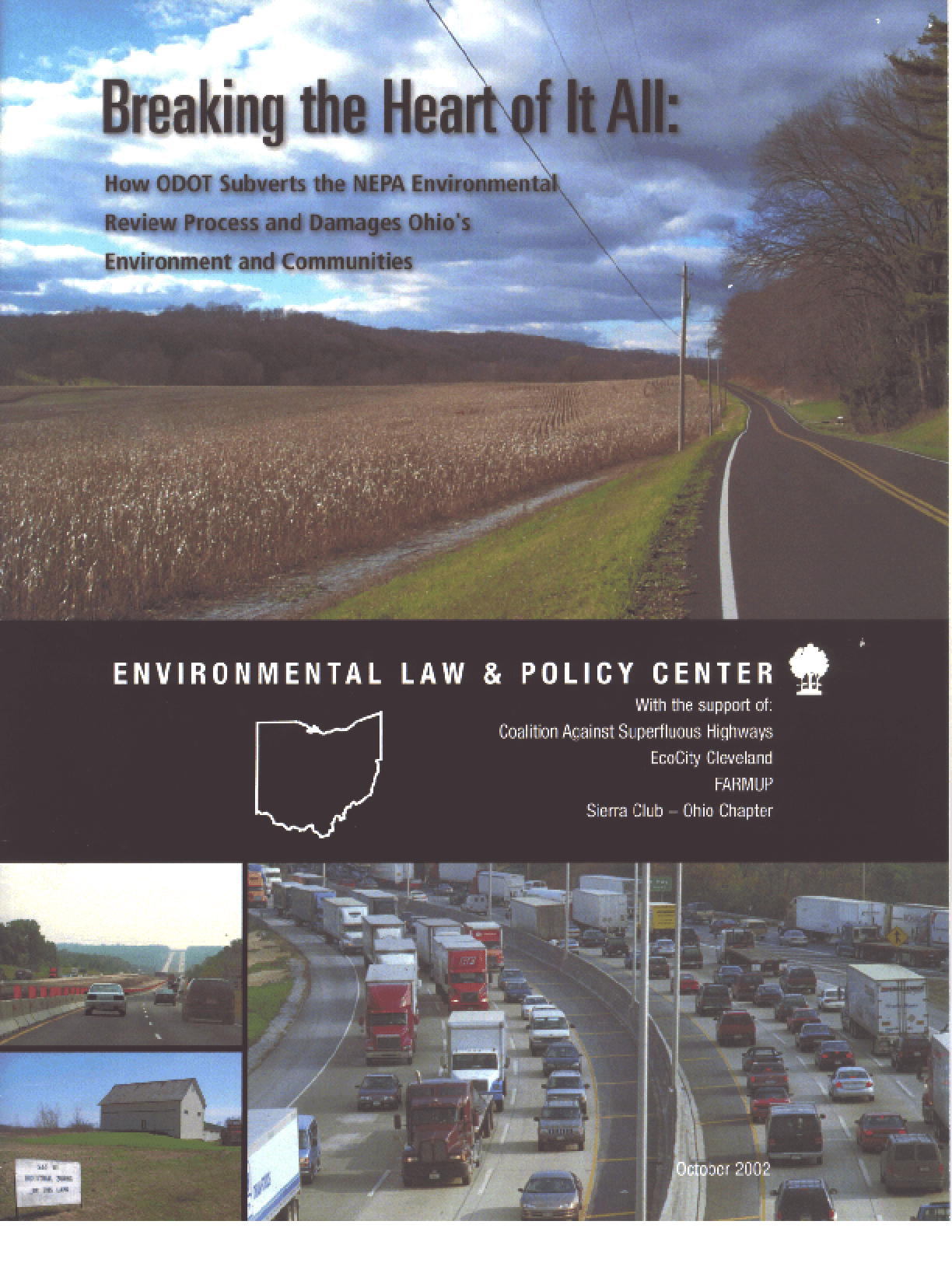