Breaking Down the Problems: What's Wrong with Our Current Immigration System?

Over the past two decades, America has experienced dramatic political, cultural, and scientific advances that have redefined its role in the world. From the rapid expansion of new technologies that have changed the way we communicate, to two costly and consuming wars, to drastic economic changes, it is obvious that this is not the America of the 1990s. Yet, while the country changes and evolves, our immigration system remains frozen in time, locked into legal limits on immigration that were set in 1990 and subsequently restricted by laws passed in 1996. The impact of this outdated and inefficient immigration system on American society has been far-reaching. And as the problems have grown, so too has the level of emotion. Inflamed rhetoric often obscures the genuine problems and therefore hinders consensus on effective solutions. The first step in solving our immigration crisis is to understand the complex nature of these problems. THE PROBLEMS It is misleading to characterize our immigration crisis as solely a question of what to do about the 11 to 12 million unauthorized immigrants living in the United States. Our problems extend to a much broader range of issues. For instance:

Furthermore, the lack of a comprehensive federal solution has created a range of lopsided, enforcement-only initiatives that have cost the country billions of dollars, while doing little to impede the flow of unauthorized immigrants. In fact, the current immigration system's structural failures, and the inadequate or misguided responses to these failures, have led to the largest unauthorized population in our nation's history. This paper, while not an exhaustive study of every problem within our immigration system, addresses several key areas and discusses issues stemming from the lack of federal response and long-delayed immigration reform. This paper begins with an explanation of how our current immigration system functions, and then defines and discusses the problems under two broad categories: Structural Failure and Inadequate Responses. 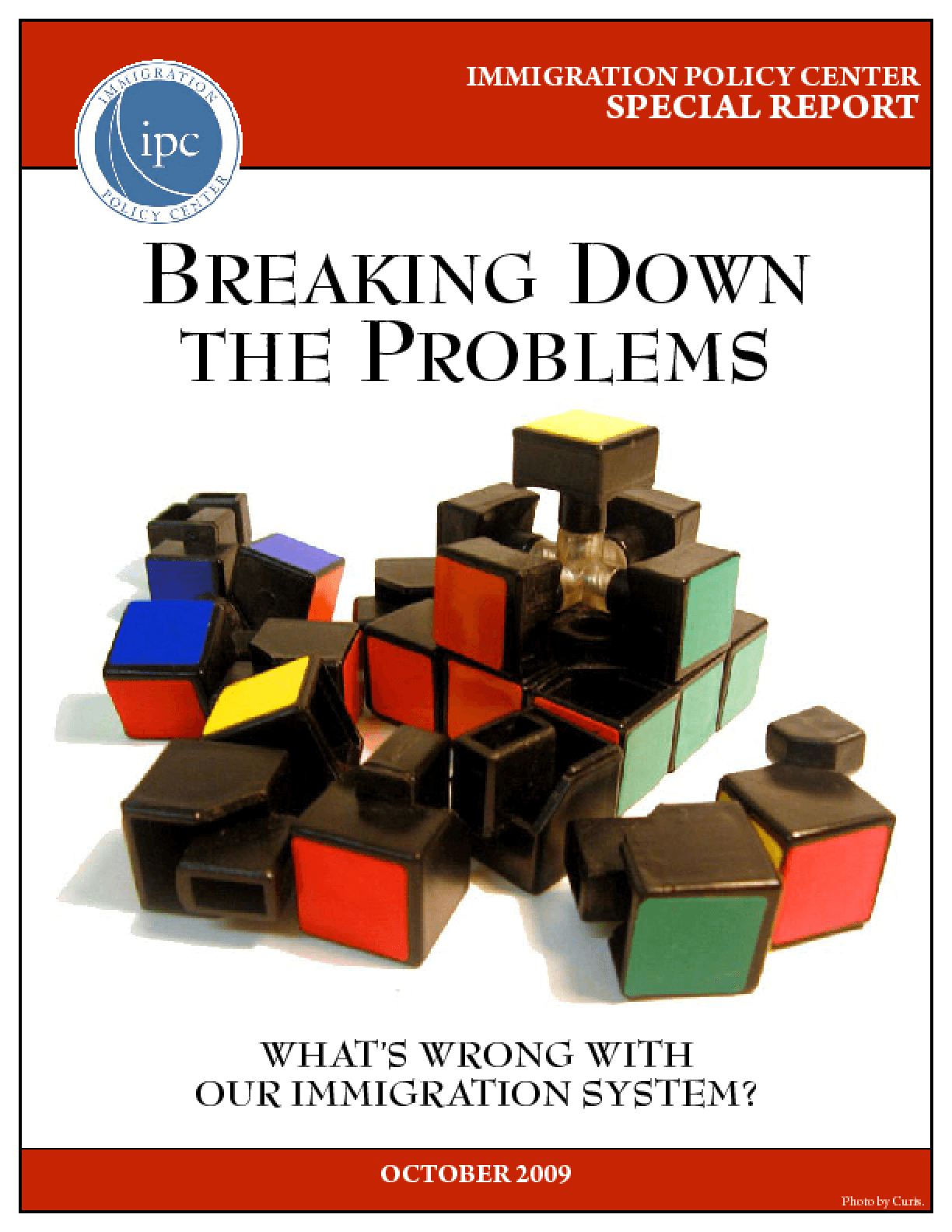