Breaking the Impasse: Ending the humanitarian stranglehold on Palestine

The upcoming Israeli-Palestinian meeting in Annapolis, Maryland provides an opportunity to address the humanitarian crisis, which is an essential step for successful negotiations leading to the end of the occupation of Palestine, and for delivering a just settlement and lasting peace for Palestinians and Israelis alike. Since January 2006, the people in the occupied Palestinian territory (oPt) have faced increasing suffering due to an array of policies adopted by the government of Israel and Western donors in the aftermath of Hamas' victory in the parliamentary elections. For its part, Hamas has failed to stop armed Palestinian groups from undertaking indiscriminate rocket attacks on Israel. These attacks are unacceptable and must end. The Israeli government's blockade of the Gaza Strip constitutes collective punishment and cannot be justified. 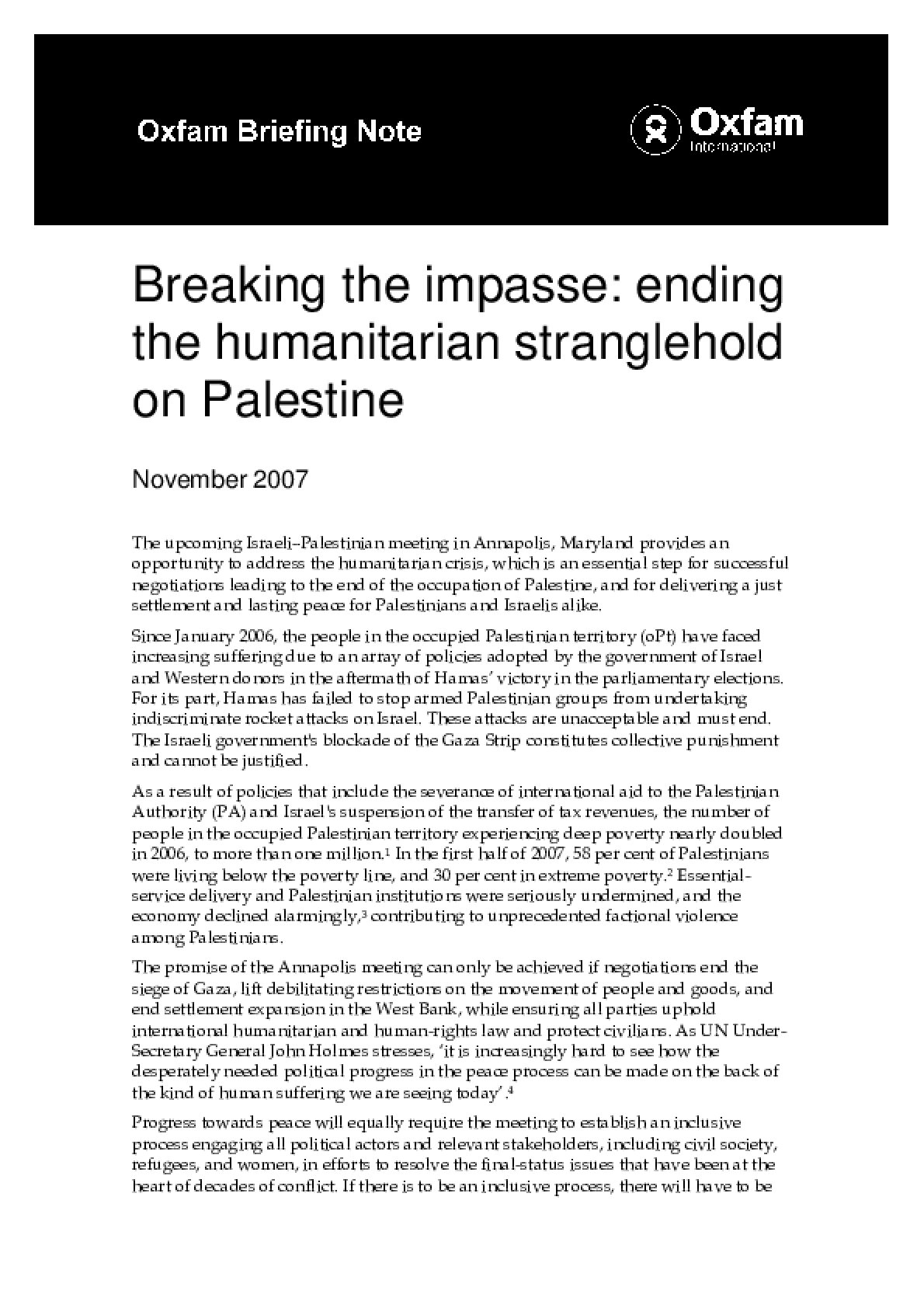