Breathing Life into Democracy: The power of participatory budgeting

With the massive global increase in urbanisation, new ideas are needed on how to manage and pay for the communal services on which people depend. Participatory budgeting is one such idea. PB is a mechanism of local government, which brings local communities closer to the decision-making process around the public budget. PB makes new connections between residents, political representatives, and local government officials. It explodes the myth that public finance is too complicated for ordinary people; something that needs to be done by 'experts' and kept within the control of politicians. Early steps are being taken to adapt this model of working to a British context, and to test it in a number of pilots in different contexts across the country. It can be seen as part of the broad range of developments taking place around the notion and practice of governance and social inclusion. 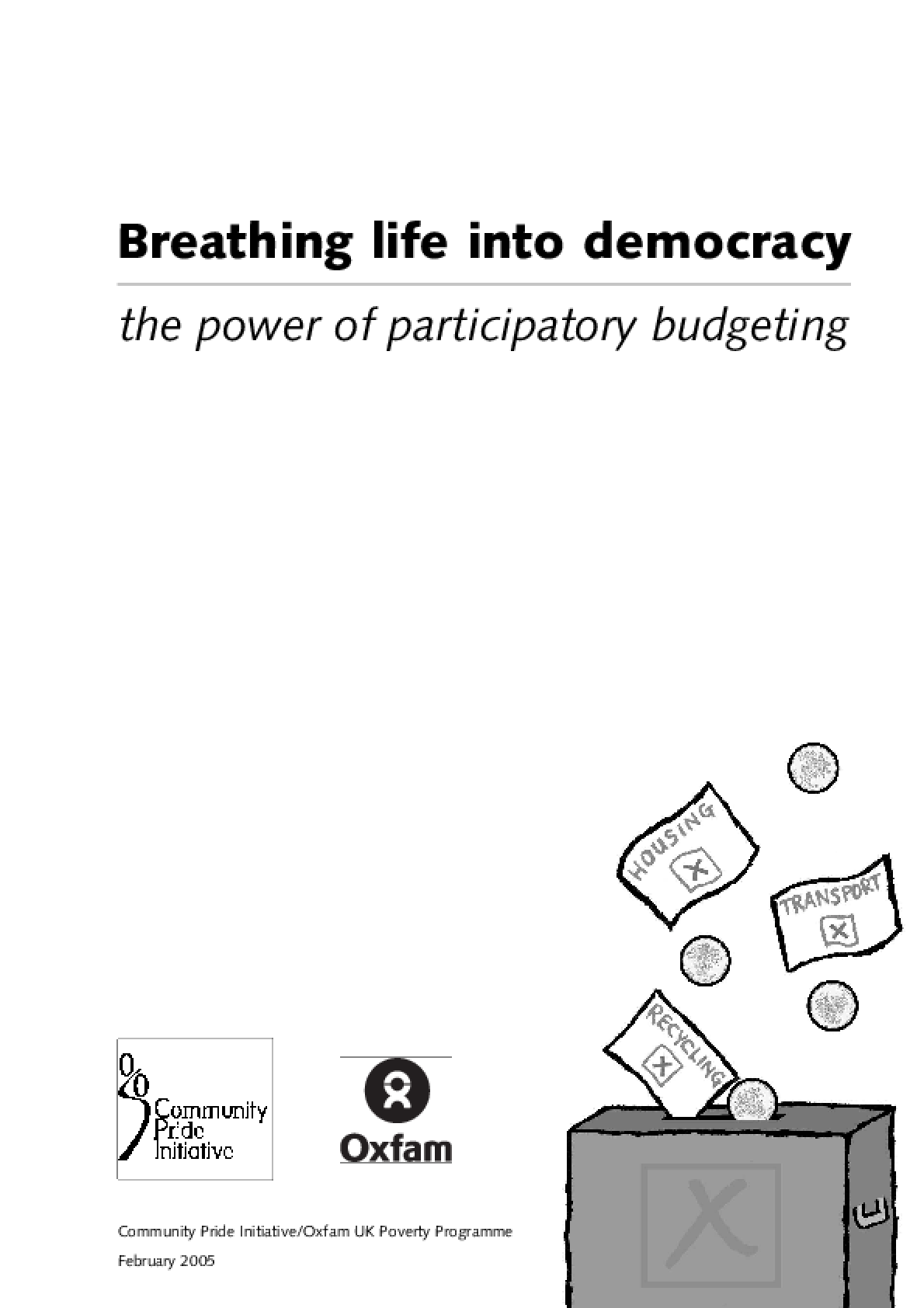