As part of a proactive effort to address the cross-cultural barriers that arise in culturally and ethnically diverse communities, in 2009 Silicon Valley Community Foundation (SVCF) developed a grant program called Bridging the Cultural Gap. With a focus on using cultural tactics to move hearts and minds in support of immigrant integration, the program was focused expressly on supporting projects that allowed for Silicon Valley residents to come together to discuss shared values and concerns related to immigration. Between 2009 and 2014, SVCF invested $2.4 million in 12 projects that used cultural tactics such as dialogue, film, photography and storytelling to deepen relationships and cross-cultural understanding throughout San Mateo and Santa Clara counties. Over the course of five years, these grantees, with support from SVCF, focused their activities on identifying and cementing shared values between immigrants and receiving communities, as well as building relationships within and across various communities in the region. 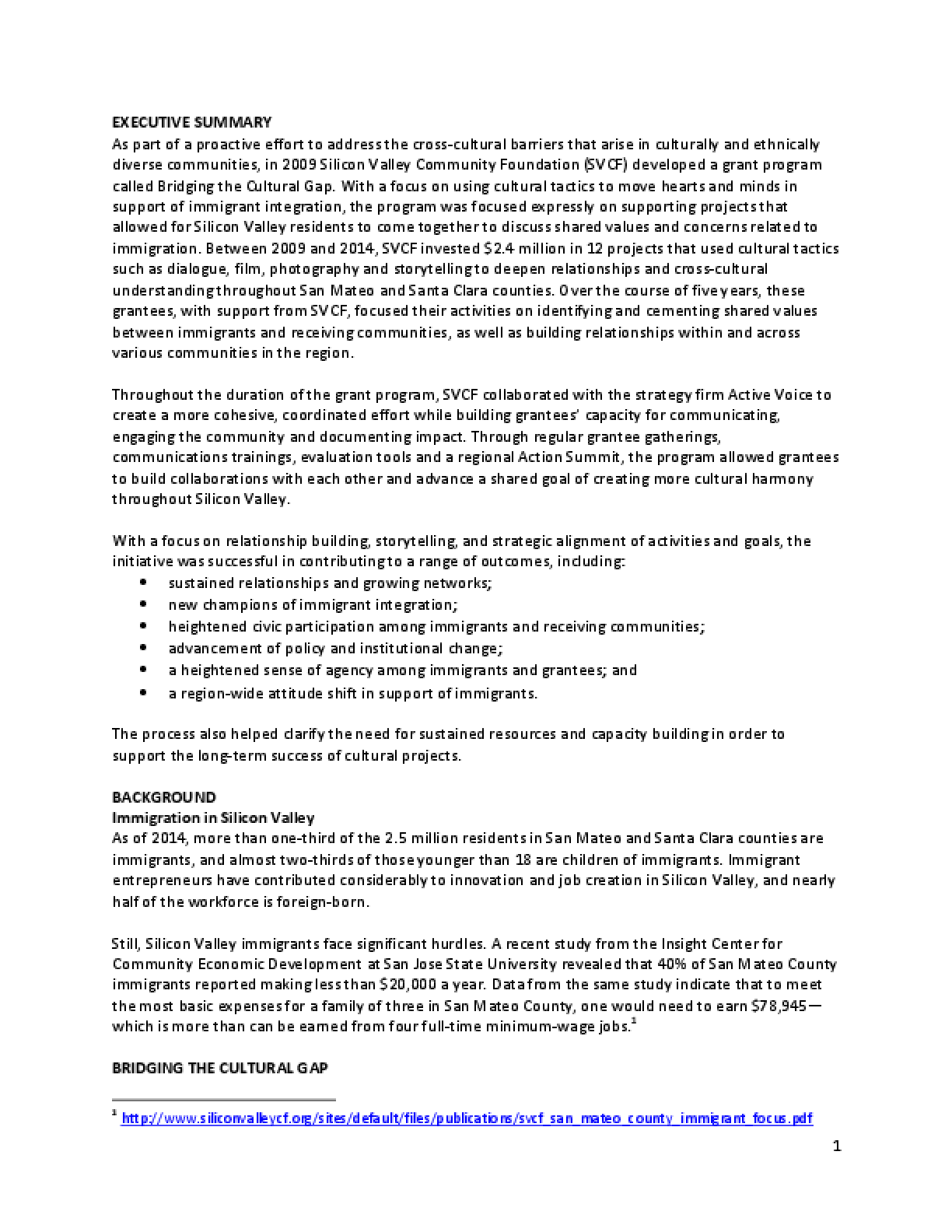