This Policy Brief originates from a conference held at Stanford University titled, "Education Reform into the Millennium: The State Legislatures' Role in Building a Consensus for Systemic Change." The conference, which was held from September 30 to October 2, 1999, was sponsored by the National Conference of State Legislatures, the Consortium for Policy Research in Education, the Education Commission of the States, and the Institute for Educational Leadership. It was funded by the Office of Educational Research and Improvement of the U.S. Department of Education. Fifty-three legislators and representatives from 15 states attended the conference. The presenters included an array of educators, scholars, and policy analysts.

American education has long been characterized by a profound disjuncture between K-12 and postsecondary education--two systems that often act independently and at crosspurposes from one another. This is hardly a new insight. In 1969, Michael Usdan, currently the president of the Institute for Educational Leadership, and others published Education and State Politics, which scrutinized the lack of connection between segments of the educational system. And in 1985, Harold Hodgkinson, formerly of the Institute for Educational Leadership, published All One System, in which he argued that the nation's graduate schools were dependent in part on the quality of its kindergarten programs.

In the past, discussions about the unhealthy divisions between the two educational systems mostly fell on deaf ears. But recently there has been a heightened recognition on the part of policymakers, educators, and legislators as to just how inefficient and even harmful these gaps have been. Over a dozen states and at least 35 communities have started or are planning to start cross-system collaborations. 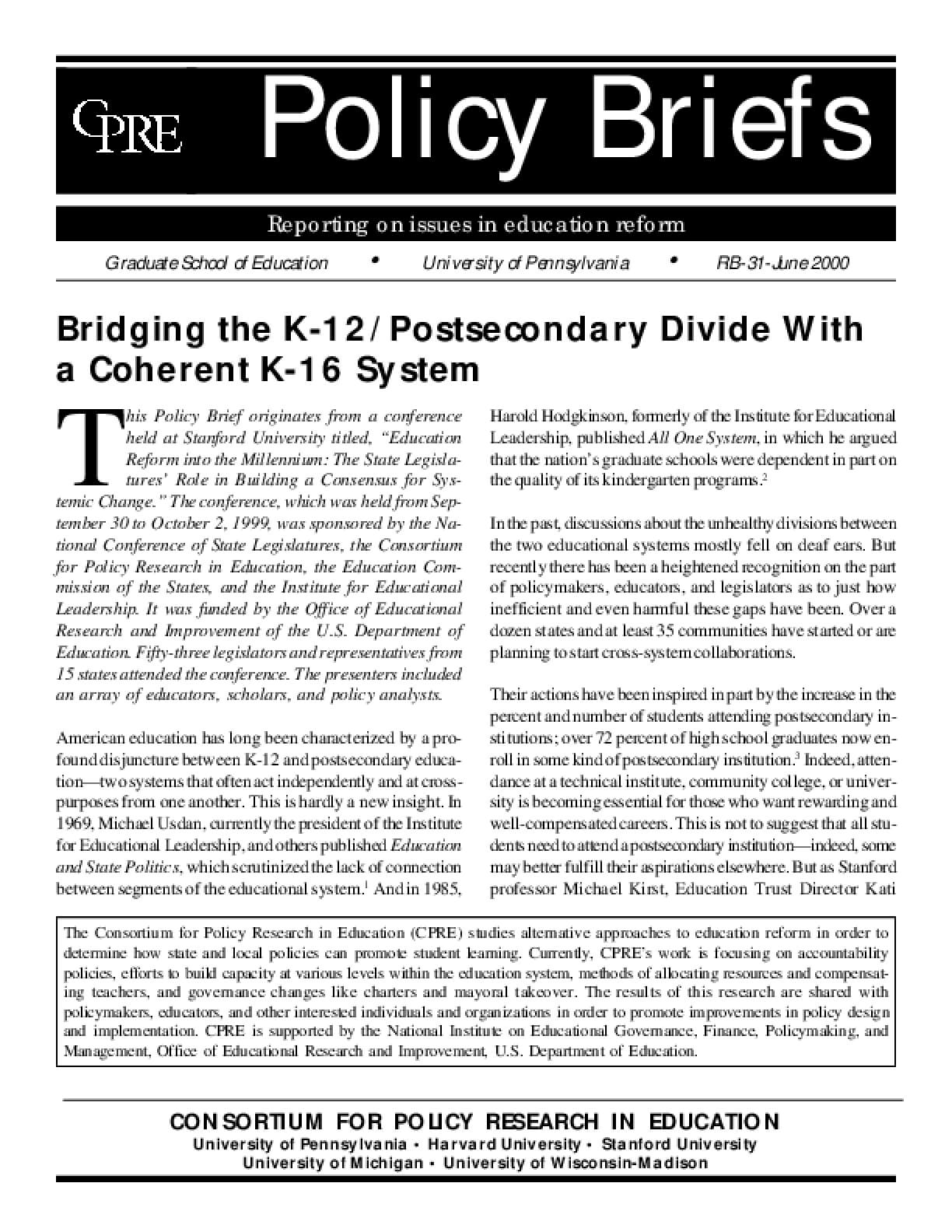