In 2015, more than 1,000 natural disasters inflicted some $100 billion worth of economic damages around the world. These natural disasters included severe storms, flooding, extreme temperatures, droughts, and wildfires—all of which are expected to increase in frequency for years to come as a result of climate change. The annual number of such extreme weather events has been increasing, with almost three times as many occurring worldwide from 2000 to 2009 as in the 1980s.

Of the total economic losses endured last year from natural disasters, insurance covered only 30 percent. The majority of uninsured losses occurred in developing countries across Africa, Asia, and South America. In Asia, only 8 percent of losses from natural disasters were insured in 2015, and in Africa, only 1 percent of such losses were insured. Without such risk management tools, governments and individuals are less able to prepare for, respond to, cope with, and recover from climate-change-fueled weather events and natural disasters. While insurance can take many forms, risk management in particular includes a lack of access to innovative insurance instruments—such as parametric risk insurance, which is specifically designed to pay out quickly in the aftermath of a natural disaster. This gives countries a rapid injection of capital that can be vital in the early window before overseas assistance is effectively ramped up and delivered.

To help address this shortfall, the private sector, national governments, and international financial institutions and organizations are working to build new partnerships aimed at enabling countries that are particularly vulnerable to climate change and related natural disasters to gain access to climate-related risk insurance. These efforts were given a boost in 2015, when at its annual meeting, the G7 announced a goal of expanding access to climate-related risk insurance to 400 million additional people in the most vulnerable developing nations by 2020. This would quintuple the current level of coverage throughout the developing world from 100 million people to half a billion people. In order to meet this goal of making innovative insurance and climate risk-management tools available to so many millions of new people, a critical gap in high-resolution data and cutting-edge modeling needs to be bridged. 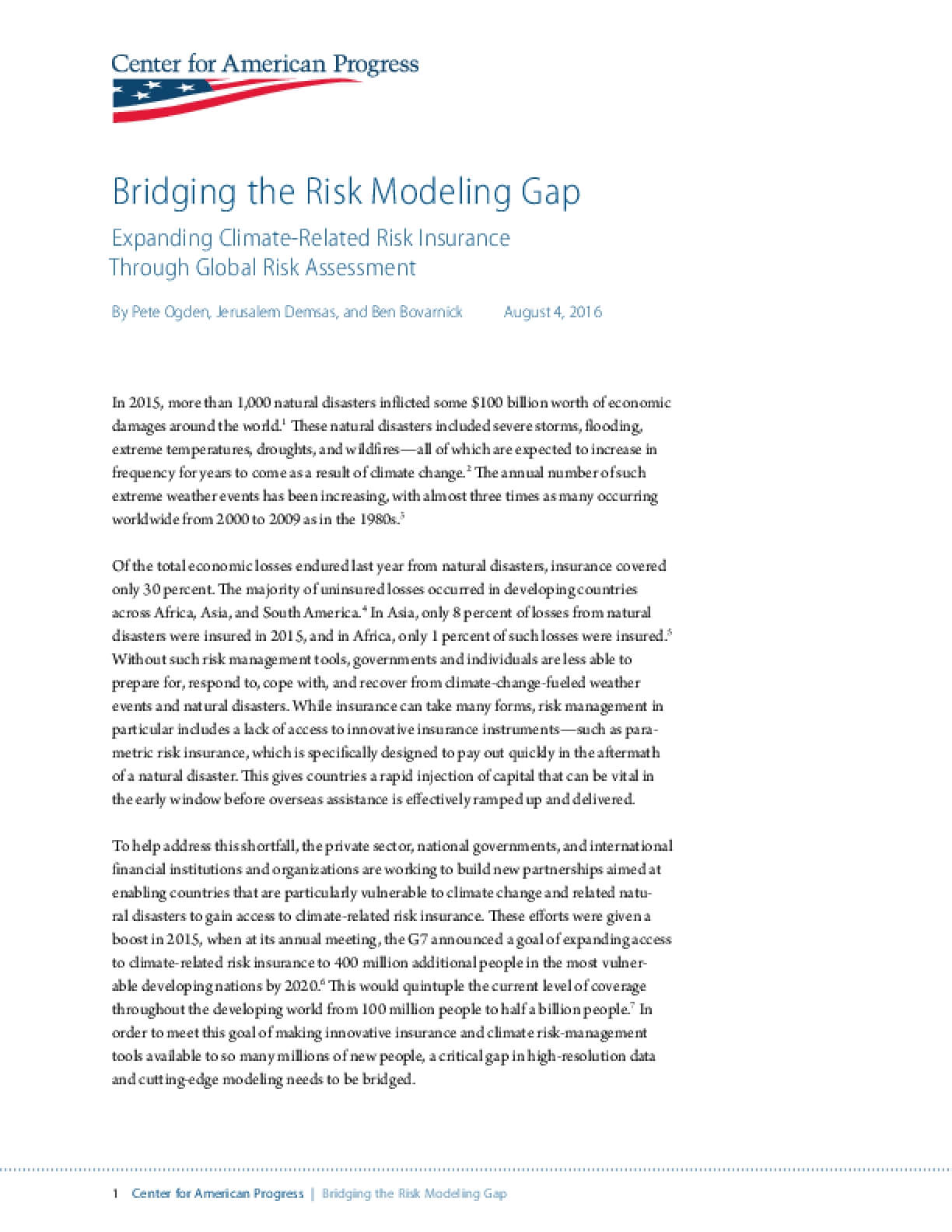