This briefing note follows the structure of the programme of the conference on 17 March 20011 on citizens' initiatives as follows: I. The first section, "How far does the right of citizens' initiative go?", examines the nature of the citizens' initiatives vis-à-vis direct and indirect democracy; II. The second section, "What improvements were brought about by the European Parliament during the legislative process?" highlights the achievements met by the Parliament in making the regulation more user-friendly and effective, but also the points which the Parliament did not succeed to modify; III. The sub-points under part III, "What are the procedures and requirements to be met by organisers?", are suggestions for the four working groups which will meet in parallel session. The conference will be an opportunity to examine the regulation for the first time with many of the main protagonists in the legislative process. However, the regulation will not enter into force immediately. In particular the third working group on setting up procedures for signature collection and validation relates to the further work which has to be done to create national contact points on the one hand and a secure open source European system for collecting signatures on the other. The aim of the conference is therefore to make a contribution to the preparation of citizens' initiatives which will not start until early 2012. It is perhaps a good thing that citizens and public authorities alike have a year to get organised. 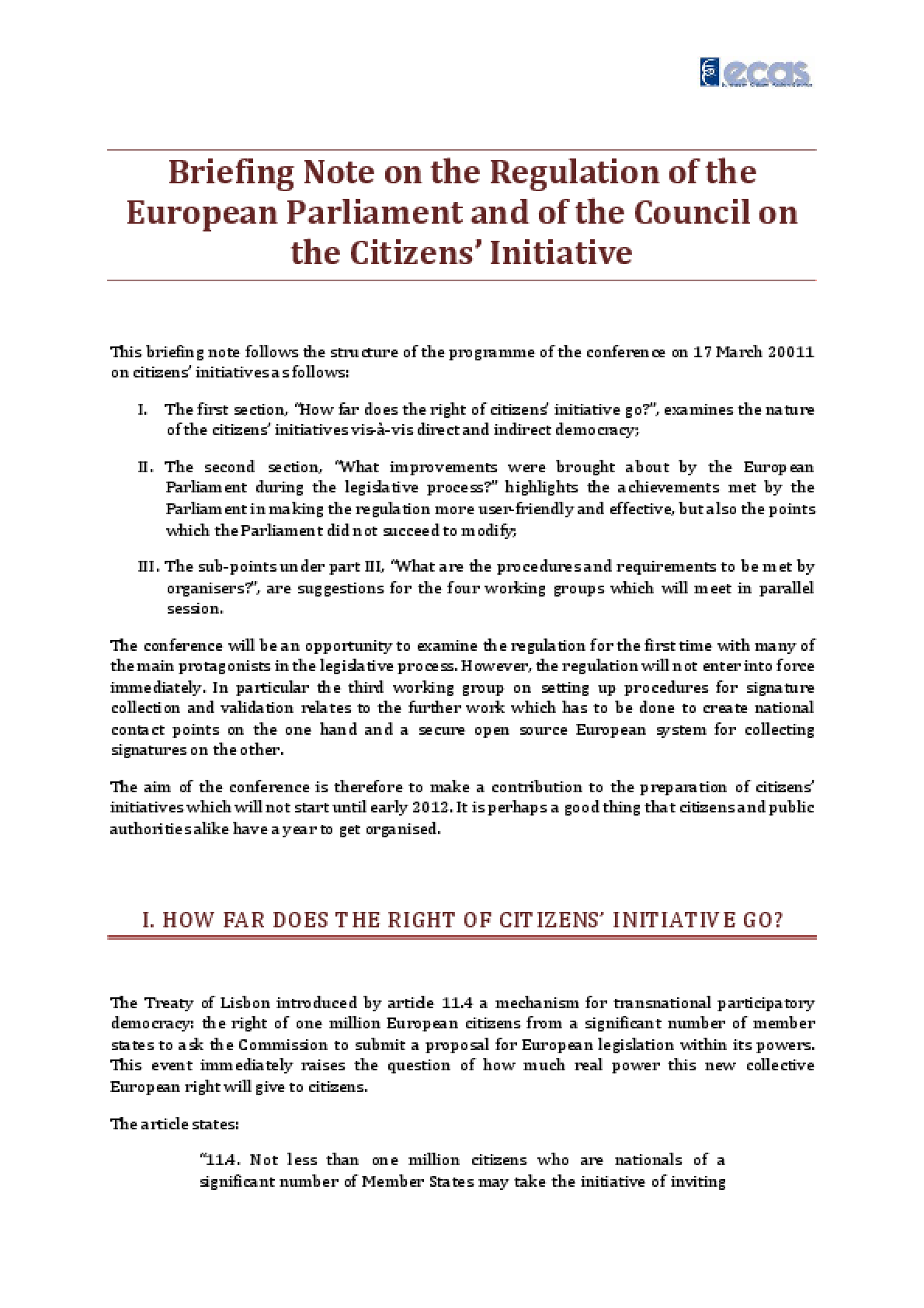