Bright Lines and Bailouts: To Bail or Not To Bail, That Is the Question

A financial-institution bailout involves government intervention through a transaction or forbearance targeted to a financial institution or group of financial institutions. The action is preemptive as the financial institution does not fail and go out of business, but remains a going concern, benefiting creditors, shareholders, or counterparties. In the absence of a bailout, the financial institution would either be forced to go through receivership or bankruptcy in the prescribed legal form, or have its role in financial intermediation disrupted. Financial-institution bailout policy in the United States is implemented through three agencies: the Federal Deposit Insurance Corporation, the Federal Reserve, and the Treasury Department. The need for orderly financial dealings, particularly in times of crisis, would dictate a consistent approach by these agencies based on cumulative experience, ensuring that officials devote public resources only where there is a well-defined, transparent, and verifiable policy justification for a bailout. Yet the bailouts over the past year do not reflect a well-defined, transparent, and verifiable policy justification. Even in the cases where a standard has been articulated, the agencies have not demonstrated that they can successfully implement that standard in practice. Beyond the inconsistencies and implementation problems, financial-institution bailout policy has been unwieldy, inequitable, extremely costly, disruptive, and lacking in transparency and oversight. The policy response of bailouts and maintenance of the status quo has been precisely the wrong response, as it has led to retaining many of the mega-financial institutions that pose systemic risk, thus planting the seeds for future crises. This present crisis has demonstrated that undertaking bailouts of troubled institutions, which involves structuring transactions that attempt to transform the institution into a viable one, while simultaneously projecting the reaction of investors and markets, is a process for which government is ill-suited. These bailout powers should be revoked. Financial angst still hangs over the system as the underlying imbalances that led to the crisis have not been reconciled. The ultimate answer is to place troubled institutions into receivership or the relevant form of bankruptcy -- including many of the institutions that have already been bailed out. 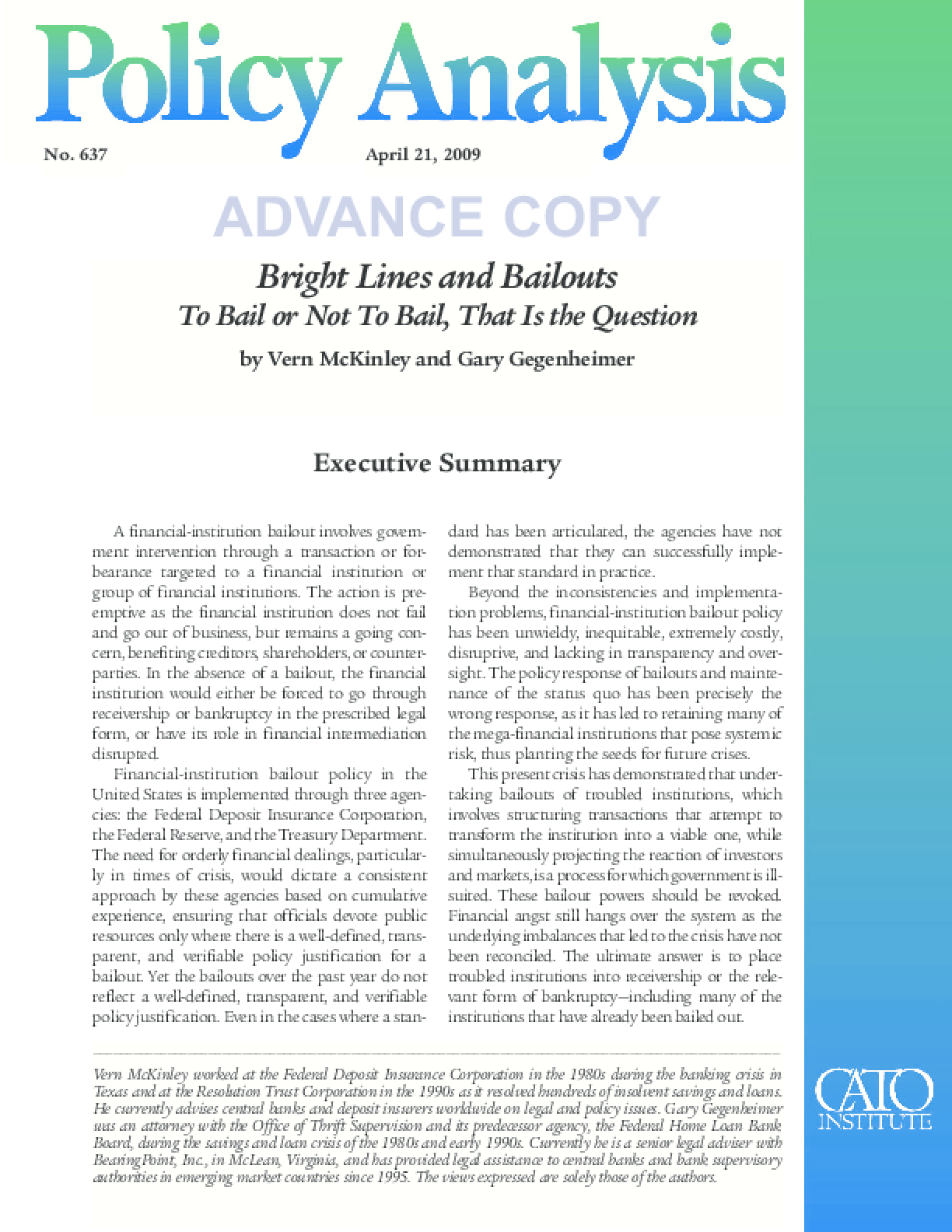