“Bringing the Machine to the House”: The IBEC System and Experimental Housing in Baghdad, Iraq, 1953-58

This report studies the International Basic Economy Corporation (IBEC) Housing Corporation (IHC) and its attempts to build prefabricated housing in Baghdad, Iraq during the 1950s. Architect Wallace K. Harrison experimented with cast-in-place concrete to create "a house built like a sidewalk." This process came to be known as the "IBEC System," leading to IHC mass-produced housing projects in Virginia, Florida, Venezuela, Puerto Rico, Iraq, and Iran. In 1955, the Development Board of Iraq hired Greek architect Constantinos Doxiadis to develop a comprehensive five-year plan for the nation's housing shortages. With Doxiadis urging experimentation in construction technique and with IHC's desire to secure access to the Middle East, IHC applied for contracts to build mass-produced housing in Iraq under this program. In 1950s Iraq, Pan-Arabism was taking hold. IHC imported expensive equipment into Baghdad and built demonstration housing, with the ambition to build hundreds of houses; however, on July 14, 1958, the reigning monarchy was overthrown and IHC, along with other western firms, left Iraq, abandoning their projects and equipment. This short report summarizes this story. 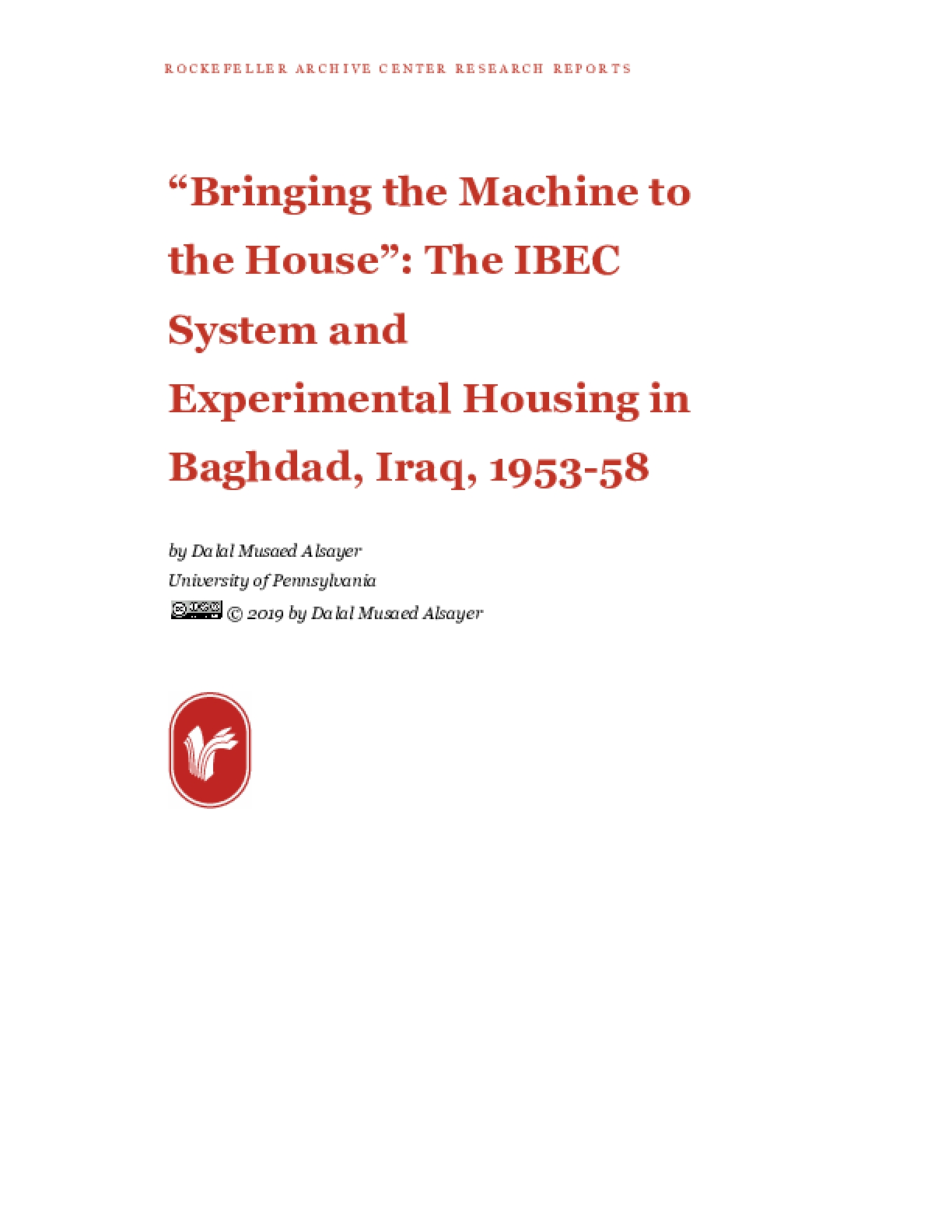