The UK needs a safe world in which to trade and invest, and to be free from the security threats caused by conflicts or fragile states. Yet spiralling inequality and climate change, among many other factors, threaten to create a more dangerous, unequal world.

As the continuing tragedy in Syria shows, the world's old and new powers have not yet found a way to unite to end conflicts. The age of interventions, such as those in Iraq and Afghanistan, is over. But a new rule-based world in which China, India, and others unite with Western powers to protect civilians and end conflicts has not yet come into being.

Whoever wins the 2015 UK general election, the greatest test for UK foreign policy will be how much it can do to help build that world. 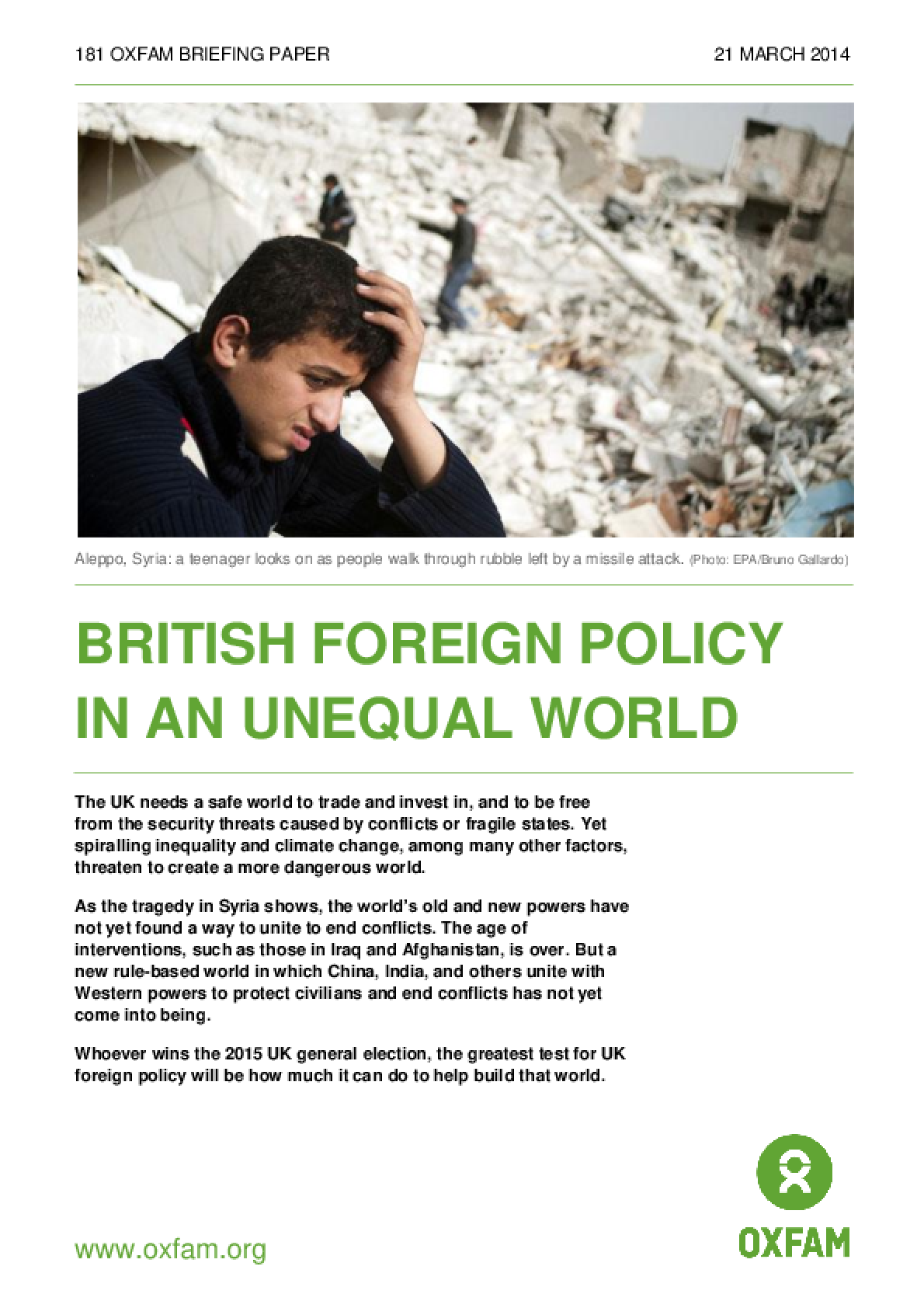