Broadcast Localism and the Lessons of the Fairness Doctrine

The First Amendment to the U.S. Constitution recognizes a laissez-faire policy toward speech and the press. The Framers of the Bill of Rights worried that the self-interest of politicians fostered suppression of speech. In contrast, some constitutional theorists have argued that the Constitution empowers, rather than restricts, the federal government to manage speech in order to attain the values implicit in the First Amendment. The government managed broadcast speech for some time, in part through the Fairness Doctrine, which was said to promote balanced public debate and "an uninhibited marketplace of ideas." The history of the Fairness Doctrine confirms the validity of the concerns of the Framers of the First Amendment, because federal officials and their agents used and sought to use the Fairness Doctrine to silence critics of three presidencies. Broadcasters adapted to the Fairness Doctrine by avoiding controversial speech, thereby chilling public debate on vital matters. The Federal Communications Commission is proposing to manage broadcast speech by imposing localism requirements, including content requirements and advisory boards to oversee managing stations. This proposal limits the editorial independence of license holders to serve the public interest. The history of the Fairness Doctrine suggests that federal officials who make and enforce such policies are more concerned with limiting political debate than they are with advancing local concerns or the public interest. Like the Fairness Doctrine, the FCC's localism initiative poses the risk of restricting speech. Our unhappy experience with the Fairness Doctrine suggests that imposing localism mandates on broadcasters is unlikely to serve the public interest in constitutional propriety and uninhibited political debate. 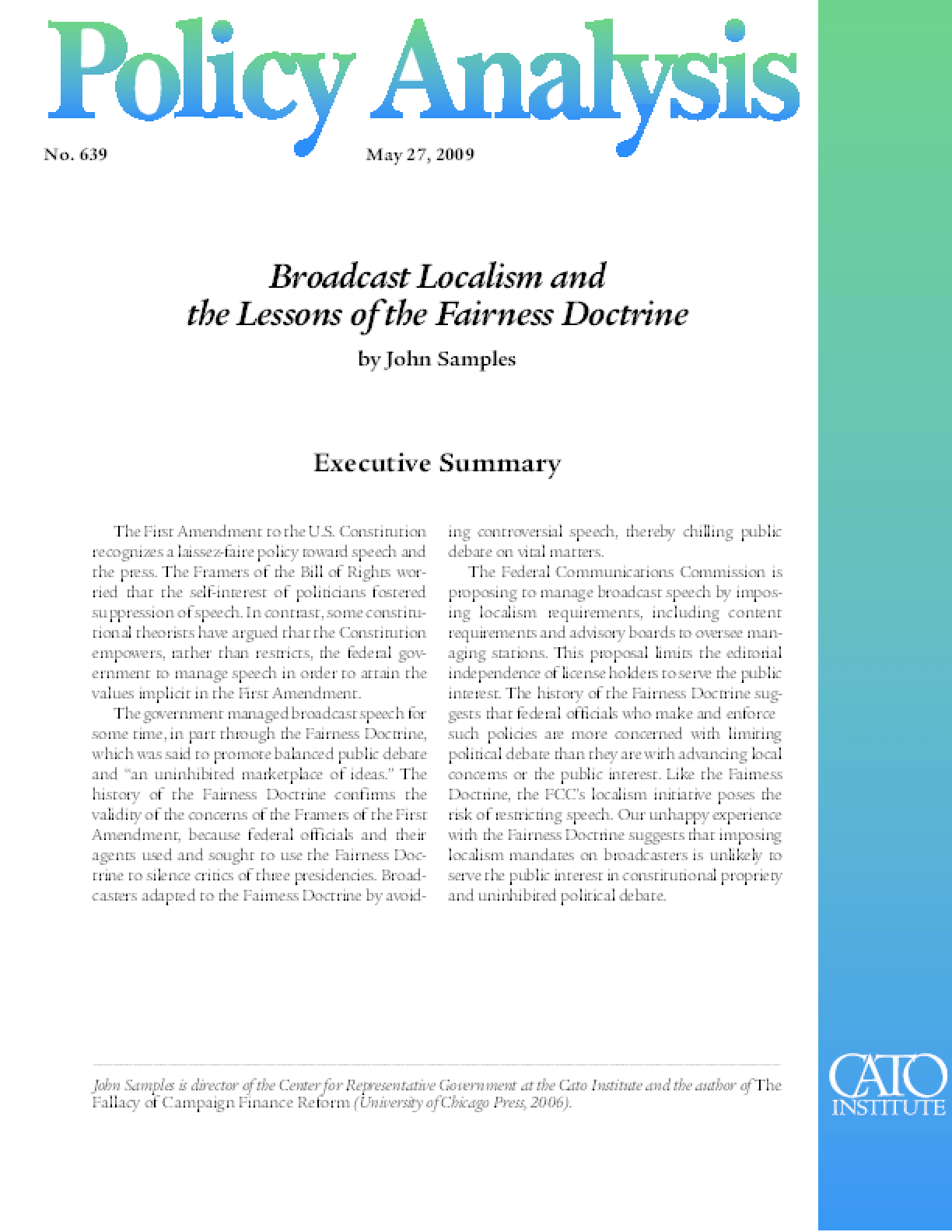