On November 23, 1998, 46 states settled their lawsuits against the nation's major tobacco companies to recover tobacco-related health care costs, joining four states -- Mississippi, Texas, Florida and Minnesota -- that had reached earlier, individual settlements. These settlements require the tobacco companies to make annual payments to the states in perpetuity, with total payments estimated at $246 billion over the first 25 years. In addition to the billions of dollars they receive each year from the tobacco settlement, the states collect billions more in tobacco taxes. In the current budget year, Fiscal Year 2014, the states will collect $25 billion in revenue from the tobacco settlement and tobacco taxes. Since the 1998 settlement, our public health organizations have issued annual reports assessing whether the states are keeping their promise to use a significant portion of their tobacco dollars to attack the enormous public health problems posed by tobacco use in the United States. Fifteen years after the tobacco settlement, this year's report finds that states continue to spend only a miniscule portion of their tobacco revenues to fight tobacco use. The states have also failed to reverse deep cuts to tobacco prevention and cessation programs that have undermined the nation's efforts to reduce tobacco use. 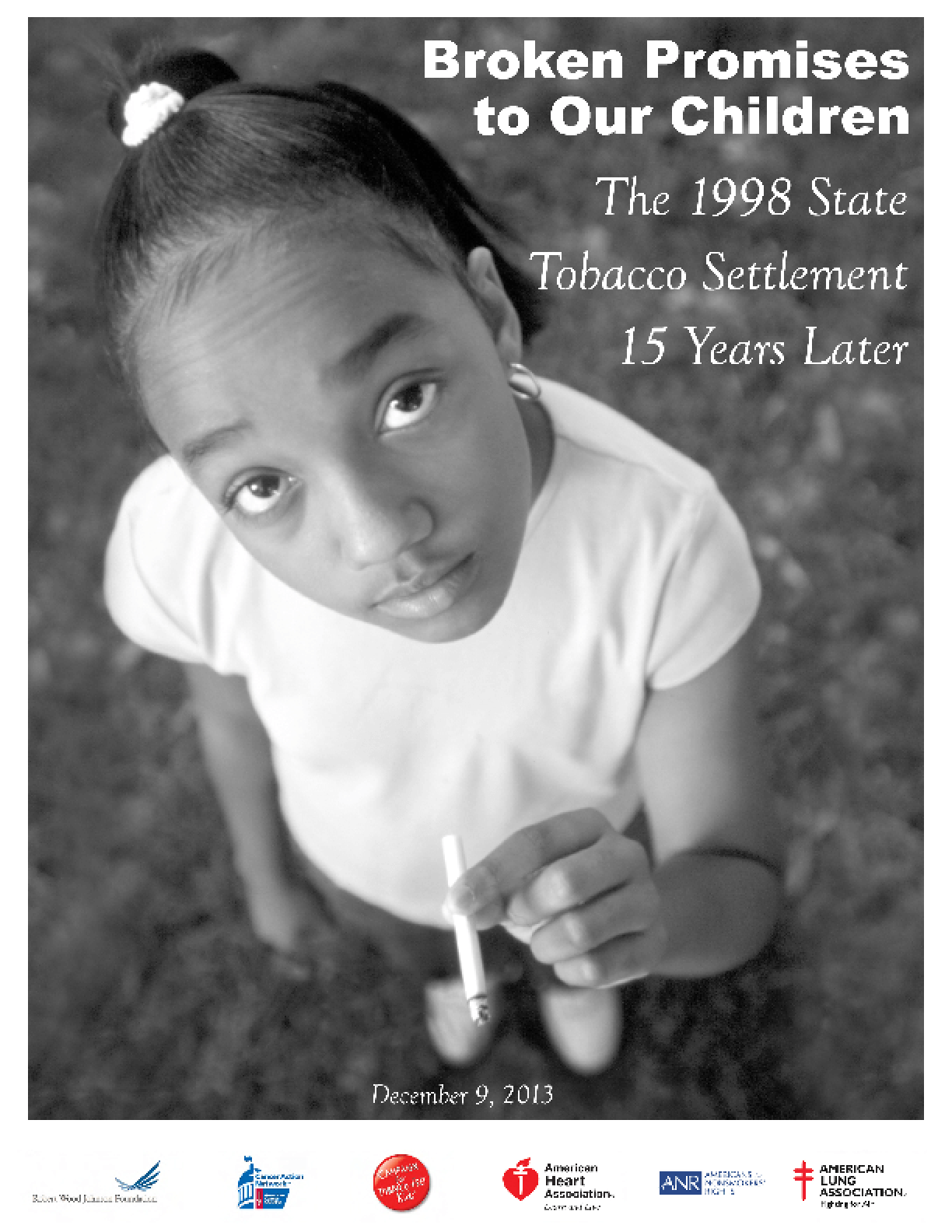