The report, entitled Broken Records, uses data culled from the Department of Justice and various state sources and gives failing grades to 22 states for having grossly inadequate criminal, domestic violence, and mental disability records. North Carolina received the top grade of B+, followed by New York and Michigan, which received B's. Indiana maintains the worst records in the country. Each state compiles felony conviction, mental disability, and domestic violence records for use by the FBI's National Instant Criminal Background Check System (NICS) and state agencies to approve or disapprove gun buyers under the Brady Law. Because states have failed to computerize many of these records, thousands of prohibited buyers have been able to obtain guns even after undergoing a background check. AGSF found that, according to state and federal sources, 9,976 prohibited buyers throughout the nation obtained a gun because of faulty records. Under federal law, if the state or federal government cannot complete a background check within 3 business days, gun dealers may turn over a firearm to a buyer. AGSF warned that this number represents only the tip of the iceberg, as the figure does not include the thousands of others who might have obtained guns illegally because mental disability and domestic violence records are either not part of the database or totally nonexistent in many states. 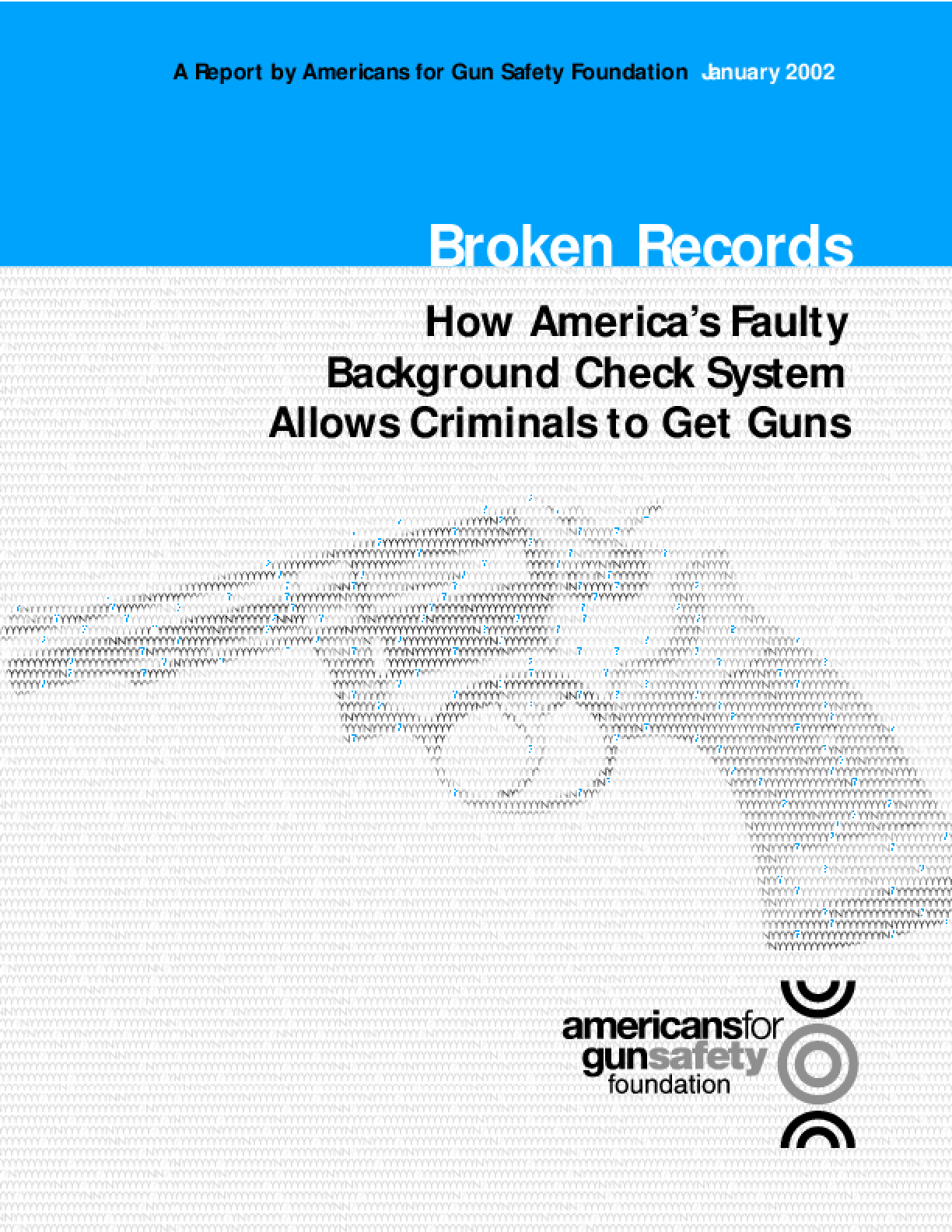