The Bubble Bursts: The 2015 Opt-Out Movement in New Jersey

"The Bubble Bursts: The 2015 Opt-Out Movement in New Jersey" analyzes the scope, factors, and context of the opt-out movement that occurred in New Jersey in the spring of 2015. Using test participation data released in February 2016 by the New Jersey Department of Education, we found that approximately 135,000 students did not take the state assessment in the spring of 2015. Depending on how it was calculated, this represented between 11-19% of the population of students eligible for testing in grades 3 to 11 in the state. There was also a positive correlation between higher district opt-out rates and wealthier districts. We found that several factors contributed to these trends. Predominant amongst these were an accumulated skepticism with high stakes testing in general and the new PARCC assessment in particular, concerns from the Common Core State Standards rollout, teacher union opposition to premature teacher accountability, and confusion in the messages of state policymakers about graduation requirements. These explanatory factors were based upon interviews with over 30 state policymakers, professional education association representatives, advocacy group leaders, school administrators, teachers, parents, and students. 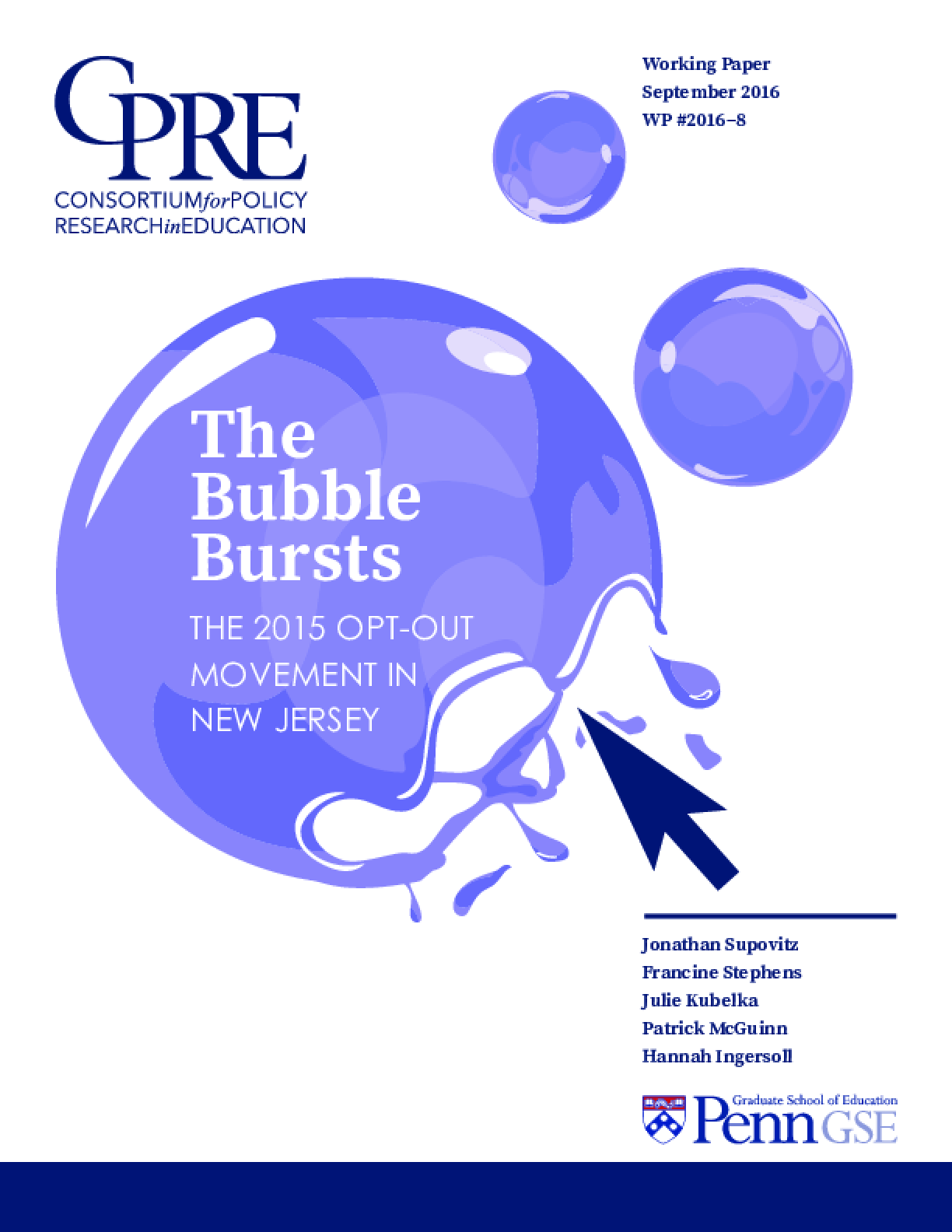