The past ten years have been witness to one of the largest experiments in economic history, namely the transition of centrally planned economies to market-based economies. While policy reform in transitional countries has encompassed virtually every sector of the economy, modernization of public sector budgeting practices and fiscal management techniques have been widely recognized as critical to the success of the economic transition experiment. However, the breadth and pace of fiscal management reform in countries in transition (CITs) has largely fallen short of expectations; a decade into the economic transition, none of the transitional economies has fully adopted modern budgeting and fiscal management techniques similar to those in western countries. A less efficient and less controllable public sector has made the task of macroeconomic management more difficult and overall has retarded economic recovery and growth in transitional countries. This paper investigates the main reasons for why fiscal management reform has failed to take hold during the first decade of the economic transition and discusses what challenges remain ahead in budget policy reform. While the timing of the transformation of the budgeting process from essentially a pure accounting mechanism during the communist era to a true fiscal management tool has not been identical in all CITs, the evolution of the reform process can be broken down into three distinct periods. During the first period, the early transition, most transitional economies saw some important economic reforms but a lack of budgeting and fiscal management reforms. Budget officials either felt comfortable with the status quo and felt little pressure to change the budget system inherited from the socialist regime or actively sought to preserve the budget institutions inherited from the previous regime. In the second transition period, CITs put in place a set of fiscal policy and fiscal management reforms, practically always in response to a macroeconomic crisis, which in some ways was brought about by the initial lack of fiscal management reform. However, as discussed below, this wave of reforms during the second transitional period was generally of an emergency nature and failed to establish a sound framework for fiscal discipline and accountable and efficient expenditure policies. As a result, renewed fiscal crisis spurred more structural fiscal reform efforts during the third, ongoing period of transition. Working Paper Number 00-06. 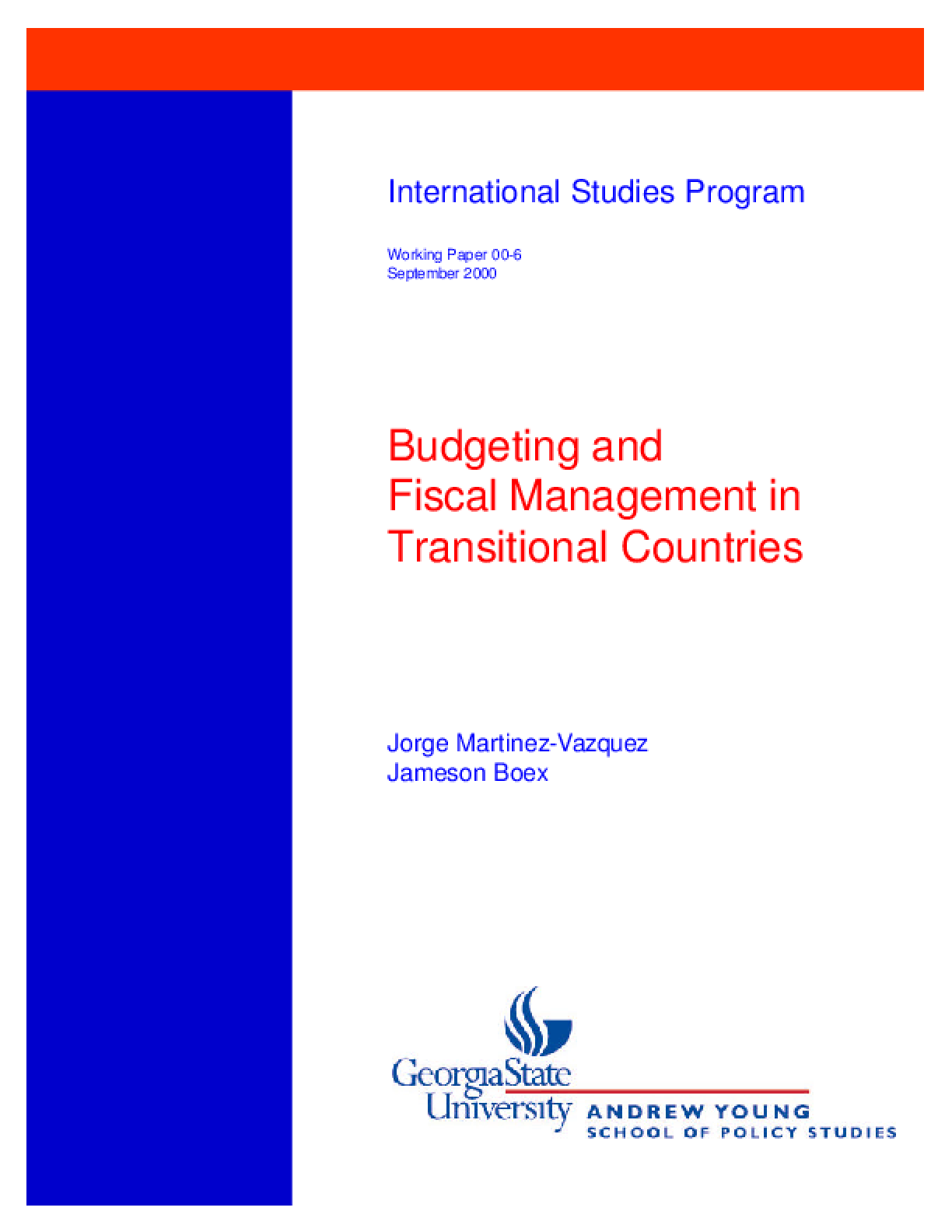