Building a Better Safety Net for the New New Orleans

The most vulnerable populations in New Orleans -- the elderly, people with physical and mental disabilities, and single mothers out of the labor market -- arguably were hit hardest by Katrina. These groups had the highest poverty rates and the fewest assets. Most were African American. Many depended on the social safety net for survival and on others to avoid the storm's catastrophic effects. Most of these vulnerable residents eventually evacuated the city, and it is unclear how many will return home. Research suggests that they will need the strong kinship networks established pre-Katrina (Hill 1993). But vulnerable populations also require a functioning safety net along with other necessities such as housing and health care discussed in earlier essays. Rebuilding presents New Orleans with a unique opportunity to strengthen its safety net for vulnerable populations that return and for others who will require help in the future. 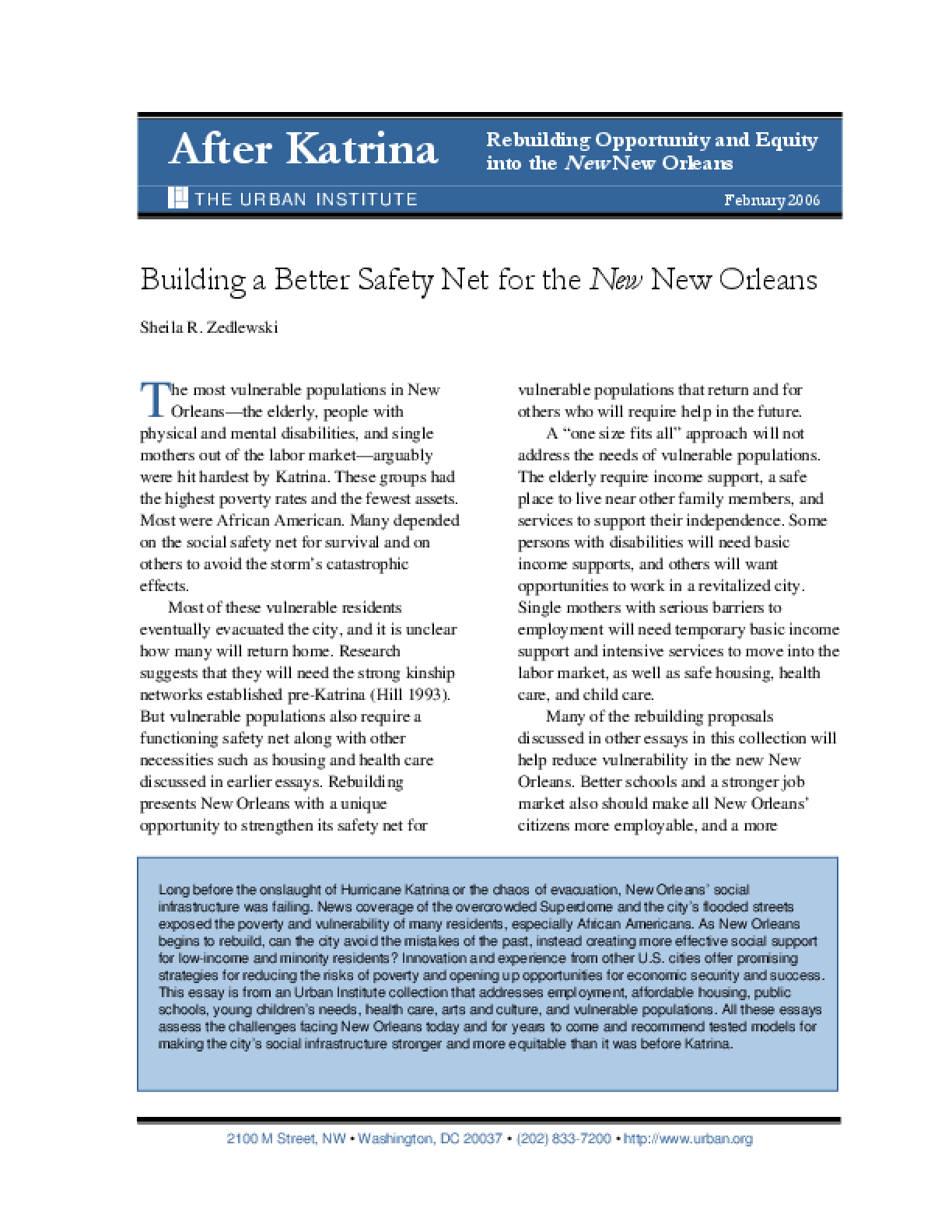