Building a Racial Laboratory in Hawai‘i: Knowledge and Transnationality in the Early Twentieth-Century Pacific

In the early 20th century, Hawai'i became a dynamic site of encounters between American settlers and Japanese immigrants. With the rise of the plantation economy, the white plantation oligarchs deployed various means of discipline vis-à-vis Japanese immigrants to ensure the availability of a reliable labor force. The new regime of bodily discipline mobilized a variety of institutions, including the University of Hawai'i and the Rockefeller Foundation. At the center of this emerging dynamic was a group of white home economists who, under the leadership of Carey D. Miller, investigated the immigrants' bodily features, analyzed their dietary practices, and collected data essential to understanding and managing race. My project examines how Japanese immigration provided an impetus for the rise of racial science in Hawai'i, where women and domesticity played a crucial though hitherto unacknowledged role. Historical documents at the Rockefeller Archive Center (RAC) are essential for this investigation, as they illuminate the historical and institutional contexts within which these women operated. The letters, reports, and memoranda preserved at the RAC unveil the origin and development of a "racial laboratory" in Hawai'i, whose formation had much to do with gender, sexual, national, and imperial dynamics proliferating in the Pacific. 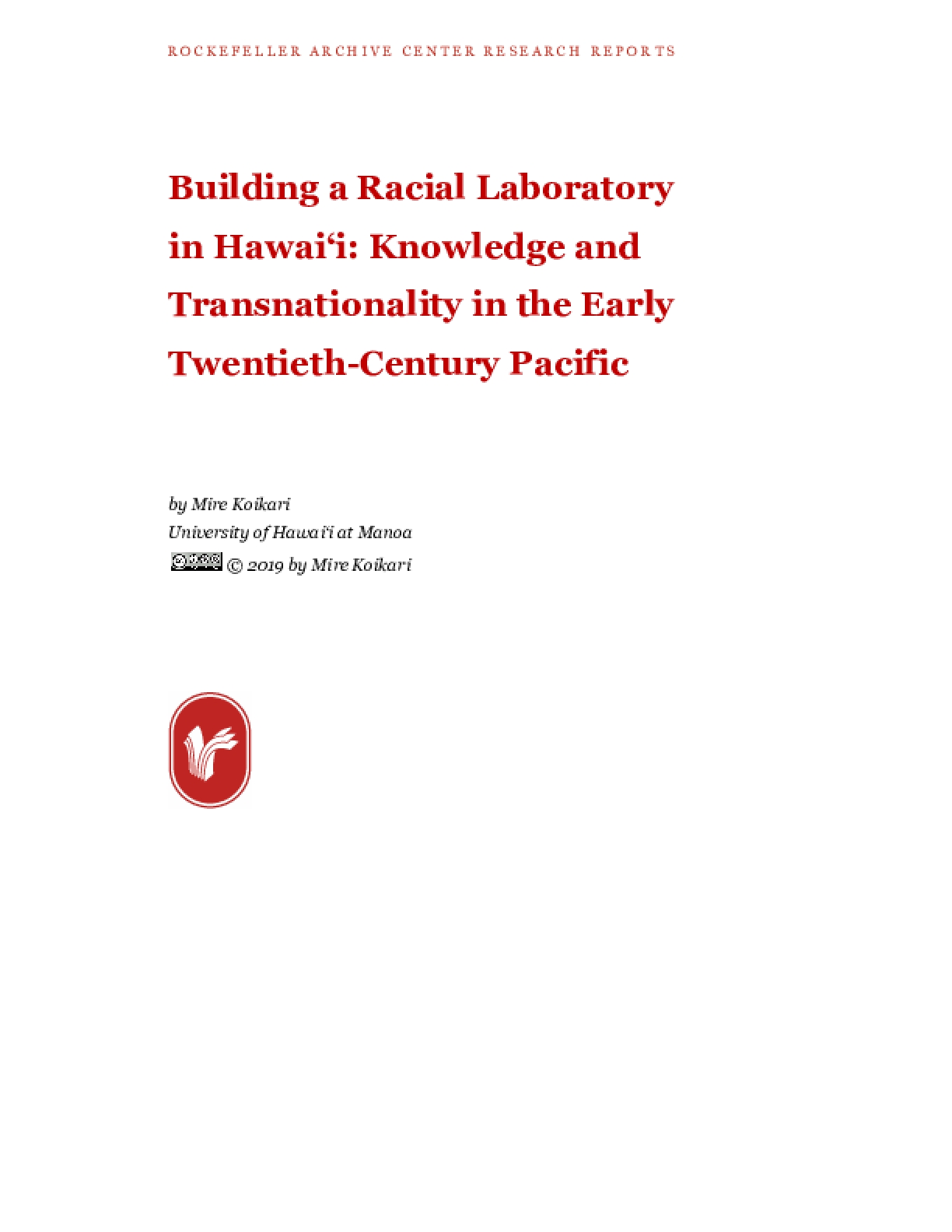